Tython, the birthplace of Star Wars' iconic Jedi, will make its first live-action appearance in an upcoming episode of The Mandalorian.

Previously seen only in books, comic books and video games, the Jedi home world Tython is set to make its first live-action appearance in an upcoming episode of The Mandalorian, as a result of the eponymous’ hero quest to place Grogu in the hands of those who can protect him. 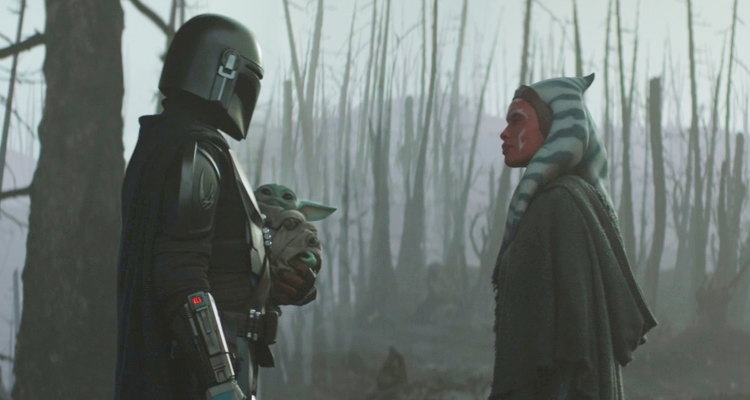 In both the current and Legends canons, the Force-rich Tython is best known as the birth place of the Jedi Order, and their predecessors, the Jed’aii Order.

First appearing as a part of what is now known as the Legends continuity in the 2007 novel Darth Bane: Rule of Two, Tython saw Darth Bane himself explore its ancient ruins in search of knowledge regarding Jedi Holocrons.

Tython would also serve as the site of a vicious duel that saw Darth Bane and his apprentice, Darth Zannah, take on a team of five Jedi. Though the Sith emerged victorious, Darth Bane’s wounds forced them to venture off-world in search of medical attention.

Tython also plays a significant role in the currently-running MMO Star Wars: The Old Republic, where it serves as the starting hub world for players who choose to create a Jedi character.

However, following Disney’s purchase of Star Wars, Tython would not make an in-canon appearance until the the fortieth issue of Marvel’s Doctor Aphra series.

In this issue, Darth Vader is tricked into visiting the planet by Doctor Aphra, who tricked the Sith Lord into believing that there was a Rebel base hidden underneath one of the planet’s ice caps. Though Vader attempts to kill her after discovering her deceit, Aphra manages to outsmart and outgun the iconic villain, using his momentary defeat as an opportunity to escape with her life.

Now that Tython has made it into official canon, just how will it be used in The Mandalorian? It’s likely the show will incorporate some of what was established in SWTOR, as, although not credited, The Mandalorian executive producer Dave Filoni was loosely involved in the game’s original development.

Among the locations Din Djarin may find himself exploring are the ruins of the once sprawling Jedi Temple, the old Twi’lek settlment Kalikori village, or The Ancient Forge, the birthplace of the first lightsaber.

Djarin may also encounter any number of creatures seen in SWTOR, such as ancient Tythonian war droids, the airborne, reptillian Wingmaws, or the Tarentaek, hulking creatures infuesed with dark energy.

If things take a particularly dark turn, it’s possible that Djarin could find himself face to face with the Flesh Raiders, an aggressive and cannibalistic species that have an affinity to the Dark side.

Tython is an intriguing addition to current canon, and fans can judge whether its return does a satisfactory job of depicting the planet when the next episode of The Mandalorian airs later this week.

For those that want to experience Tython for themselves, Star Wars: The Old Republic is free-to-play and on Steam, with a premium subscription available for a $15 USD monthly fee.

Are you excited to see Tython in live action? Share your thoughts with us on social media or in the comments down below!

The Mandalorian Actor Bill Burr Reveals What Actors Really Do