Following the news that the UFC has parted ways with Yoel Romero, [1] plenty of people likely believed Bellator would be in the running for the powerful wrestler’s services. But, not long after, it was reported the promotion wouldn’t be offering Romero a contract.

Well, since then, Bellator President Scott Coker has expanded on the promotion’s stance. 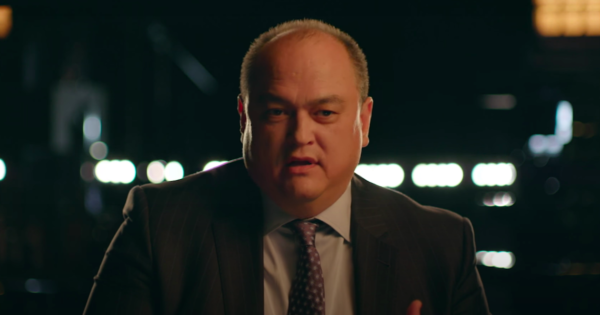 The news that the UFC was letting Romero go caught a lot of people off guard. Although he has lost three straight, and is now 43, Romero has been at the top of the UFC’s middleweight division for years

UFC President Dana White proceeded to report that the promotion is going to be making extensive cuts to the roster, [2] and he cited Romero’s age, and recent setbacks, as to why they’re parting ways.

Since Bellator has signed plenty of other, aging UFC stars in the past, there was talk Romero could wind up there. But, not long after, it was reported Bellator wasn’t interested (although, Romero’s manager, Malki Kawa, claimed that’s a “lie” [3]).

While talking to the media since all that went down, however, Coker said this (quotes via MMA Junkie [4]).

We have kind of gotten away from signing the OGs we used to sign back in the day. That’s because guys like A.J. (McKee) are coming up. Ilima-Lei (Macfarlane) is developing into a main event fighter.

“We’ve basically built from the bottom up. We have a lot of great fighters that are on the roster that we’ve built over the last four to five years.

We were kind of headed in a different direction. I was happy with the way the roster is right now not adding anybody.”

Coker did leave the door open, however, to an offer being extended to fighters like Romero.

“The dialogue will always be open,” Coker said. “Things change quickly in this sport, so you never know, but the initial thought was that I talked to my guys and they thought it was better for us to pass.”

Coker’s comments here are in keeping with other statements he’s made recently. Case in point, when Anderson Silva was let go by the UFC, Coker also cited the fact Bellator is focusing on its younger, homegrown talent.

Now, Bellator is reportedly set to sign Anthony Johnson, who has been around the MMA block a few times as well. But, Johnson is 36, whereas Romero and Silva are well into their 40’s.