Nia Jax hurting superstars has become a discussion in the business. And, the former manager of Chyna said she was supposed to be WWE Champion.

Nia Jax has been criticized for hurting superstars and after a recent botch, she joked on the matter. Also, the former manager of Chyna claims there was talk of making her WWE Champion.

Nia Jax has been given the reputation of being a little too rough inside the ring. This has resulted in several of her opponents being legitimately injured.

On RAW, Nia botched a spot and joked how it was due to Little Jimmy. For those unaware, Little Jimmy is R-Truth’s imaginary friend.

Too late. I’m sure the dirt sheets will report that I “legitimately” injured Jimmy and he will be out for 6-8 weeks https://t.co/7OqoZfQcVn

The most popular story of Nia hurting a superstar dates back to Becky Lynch. She was in the middle of a massive push and while invading RAW as part of the Survivor Series build, she took a stiff shot from Nia.

The move saw Becky busted open the hard way and also left a concussion. As a result, “The Man” was removed from her match with Ronda Rousey and replaced by Charlotte Flair.

Earlier in the year, Nia swung Kairi Sane on the outside and she was sent into a loop. For that one, Nia was also blamed.

The most recent incident took place only a few weeks ago with Mandy Rose. She was sent to the outside and injured her arm in the process.

As a result, she was removed from the Survivor Series card. But, people are chalking Rose’s injury to a freak accident.

Still, it did not stop fans from giving Nia more heat. 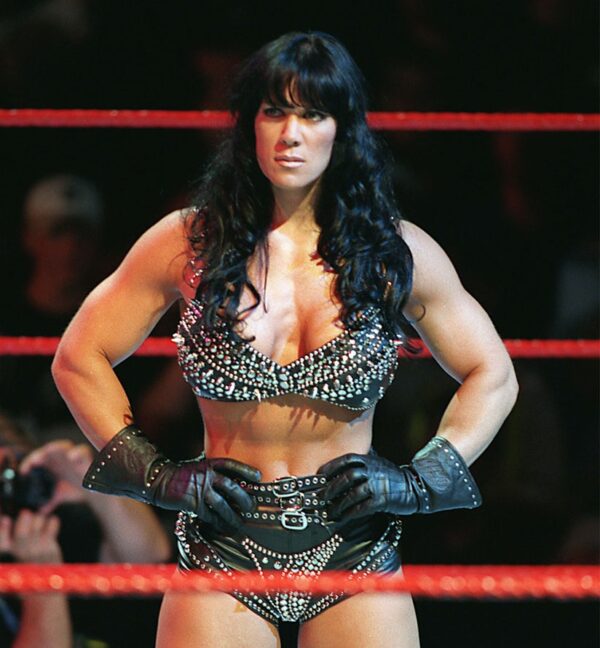 When WWE has a star, they will do almost everything in their power to keep them from leaving. Sometimes, all the promises in the world are not enough.

According to Chyna’s former manager, Anthony Anzaldo, WWE made an interesting offer.

“They offered her the WWE Championship belt, but Vince said, ‘But you can’t do Playboy’ because she got offered to do Playboy,” said Anzaldo to Wrestling Inc. “She chose Playboy over the belt.”

“She went and got her boobs done one week and didn’t tell Vince, and when she came back, he was f—ing pissed.”

In the end Chyna had the boob job and never became WWE Champion. If she won the title, she would be the first female in  WWE history to accomplish such a feat.

Also, she posed for PlayBoy on a few occasions. Along with Sable, they started a trend of WWE superstars appearing in the popular magazine.

Still, Chyna did get a massive push in WWE. She become the only female to win the Intercontinental Championship and was the first woman to enter the Royal Rumble.

Eventually, she parted with WWE with a reason that is still disputed today. Some say it involved money and others speculate Triple H’s involvement with Stephanie McMahon was the final factor.

Tragically, Chyna passed away in April 2016 from a combination of prescription drugs. The cause of death was listed as an accidental drug overdose.

Because of the way both sides ended their relationship, WWE has not featured much of Chyna. But, that has started to change in recent years.

She is now in the WWE Hall of Fame, being inducted alongside DX. There has been a push for Chyna to get her own spot in the hallowed grounds.