Kyoji Horiguchi is “Grossly Underrated” According to ATT’s Mike Brown

Kyoji Horiguchi is back in action tomorrow at RIZIN 26, and his coach Mike Brown piled praise on the fighter ahead of his return.

Kyoji Horiguchi will return to the ring tomorrow, but a lot of casual fans may be unaware. That could be, according to Mike Brown, because the former RIZIN champ is “grossly underrated”. 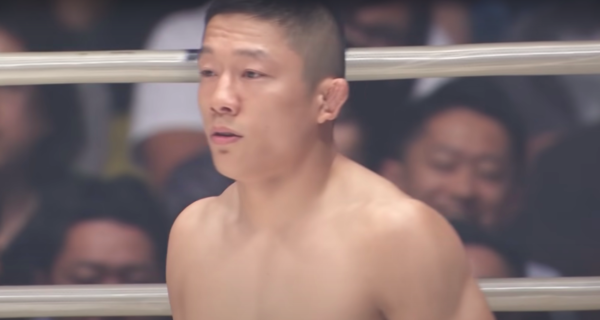 If you’ve been watching the UFC for a little while, you know that a few years ago, Horiguchi was one of the promotion’s top flyweights. So much so, he battled his way into a title fight with Demetrious Johnson in 2015, but lost via submission.

The Japanese fighter rebounded with three straight wins. But, in 2017, Horiguchi decided to sign with RIZIN and has fought there since (aside from one bout with Bellator).

During that time, Horiguchi has gone 10-1, and that includes winning RIZIN’s bantamweight title. The 30-year-old’s only loss in that time came against Kai Asakura in August, 2019, who he is facing again at RIZIN 26 tomorrow.

Well, recently Horiguchi’s coach with American Top Team, Mike Brown, spoke to MMA Junkie. While discussing what Horiguchi has done in recent years, and the fact it hasn’t received much coverage here in North America, he said this.

“I think he’s grossly underrated, but that happens a lot when you’re fighting outside the UFC,” Brown said. “But if you look at his record, his pedigree – I mean, it’s incredible.

He’s got a great record, and now he’s fighting at 135 where he’s much smaller than guys – I think he can fight at both weight classes (flyweight) fairly easy – but with a few extra pounds, I think him fighting at 135, it’s given him more power.

“That extra muscle is improving his shots, and he’s getting guys out of there a lot more easily than at 125 pounds.

When you’re a smaller guy, and you have 10 less pounds behind your shots, it’s a little more difficult to get guys out of there with your shots.”

While discussing some of his wins and performances specifically, Brown also said this.

“I think that’s brought some attention because he was on a nice winning streak and finishing guys.

He had that 10-second win over Ian McCall, winning the Rizin grand prix tournament, he had three fights in two nights there, two wins over Darrion Caldwell, who’s a very tough fight and is much bigger than him – I mean, NCAA champion, so tall and just a difficult stylistic matchup for a guy like Kyoji.

Before he was with us (at ATT), he fought Demetrious Johnson and kind of got outwrestled in that fight.

But that just showed his improvement and ability to get back to his feet in the Caldwell fights.”

While some people may have varying views on where Horiguchi sits, in terms of the world’s flyweight and bantamweight rankings, it’s hard to argue with Brown.

The reality is that Horiguchi’s recent run has been underreported and underappreciated. Largely because mainstream audiences here in N.A. don’t really follow MMA outside the UFC, and so media outlets don’t cover RIZIN much.

All that aside, it will be interesting to see if he can avenge his loss to the always entertaining and hard hitting, Asakura.