WWE's Charlotte Flair recently showed off her toned abs on social media and teased an in-ring return to boot.

WWE superstar Charlotte Flair took to social media this week to show off her toned abs. In addition to that, she also teased an in-ring return for 2020.

The Queen has been on the bench for some time due to surgery. Now, it seems that Charlotte Flair is edging closer to an in-ring return.

Many of Charlotte’s social media followers reacted to the photographs. In fact, many of her fans showered her with compliments for her impressive physique.

Here are some of the reactions to Charlotte’s post from fans.

“Damn you look great. But what you said, does that mean you’ll make a surprise return at TLC or the last WWE show of the year.”

I wouldn’t have imagined it, any other way. Your dedication and determination to be the best are astounding and inspiring.”

Before her recent absence, Flair had never been away from the WWE for long. Now, it seems that many fans have missed her terribly.

Charlotte Flair came under fire before her hiatus that she was being overused. Despite the brand split, she appeared on almost every brand.

Interestingly enough, since both Charlotte Flair and Becky Lynch have been gone, the women’s division is struggling. So, it is definitely time for Charlotte to make that triumphant return. 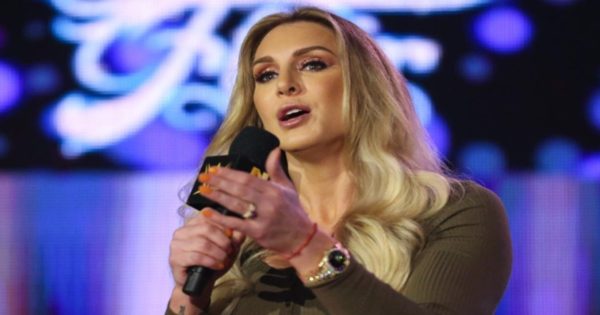 Ironically, Charlotte defended herself just before she went off on hiatus. She claimed fans never missed her, because she never got injured.

At the time, I said that she was 100% correct in that statement. Now that she has been gone for a while, it certainly proves that her theory was right.

There is no doubt that the women’s division has been struggling without its dose of Flair. After all, Charlotte is one of the biggest female performers in the WWE.

The problem is that the WWE focused all its attention of four women over the past couple of years. These women are obviously the four horsewomen.

While Ronda Rousey did get a massive push when she was active in the WWE, she wouldn’t be in the circuit for long. And so the story of the four horsewomen of the WWE continued.

By pushing four women, the WWE did work itself into a spot of trouble. Evidently, feuds between these four women have been done so many times before.

Sasha Banks and Charlotte arguably had some of the best women’s matches in history. Nevertheless, what happens to the women’s division once those women go?

There are some talented women on the roster, but none pushed to the extent as Charlotte Flair, Becky Lynch, Sasha Banks, and Bayley. So, for the roster to have some equilibrium, more women should be pushed on the main roster.

I do need to mention that the women’s division in the WWE is far better than that of AEW. But once AEW fixes that, World Wrestling Entertainment could be in serious trouble.