Zach Snyder gave fans a new glimpse into his upcoming cut of Justice League, including a clear pic of the film’s updated Steppenwolf design.

An updated trailer for Zach Snyder’s upcoming cut of Justice League has dropped, with the director unleashing it on social media through a breakdown broadcast on his Vero account.

He then posted the trailer more widely via Twitter with the hashtag “#UsUnited” – a reference to the line, “He’s [Steppenwolf] never fought us united,” the now infamous line uttered by Ben Affleck’s Batman during the League’s assembling in the face of Earth’s invasion by the forces of Apokolips.

The new footage seen in the trailer includes a glimpse of pre-Darkseid Uxas and a hologram of Superman. Cyborg has more of a presence as well, as he bears witness to kids playing football in the street from his window, and later watches in horror as his father disintegrate after turning on a Mother Box.

Set to the same tune of Leonard Cohen’s “Hallelujah”, the chief difference in the new trailer is it’s in black and white. Word is Snyder wanted the entire movie to be that way, but Warner Bros. wisely said no.

Snyder also shared a fresh look at The Snyder Cut’s “shiny new” Steppenwolf. Though there are some jokes about staples and comparisons to graphic cards box arts going around, based on how sharp and metallic the New God tyrant’s armor looks, Steppenwolf’s new look is definitely an upgrade. 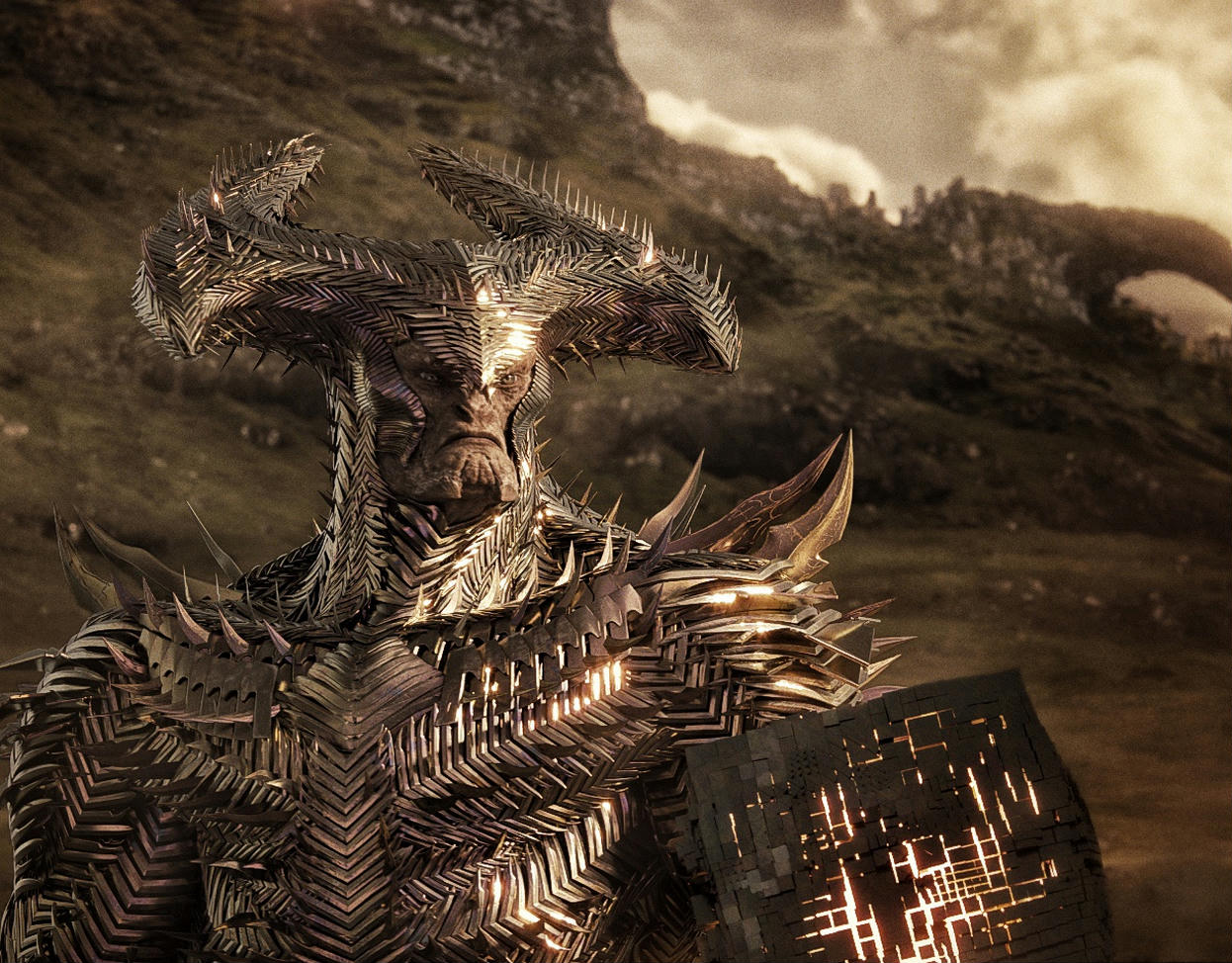 Before the trailer breakdown hoopla, Snyder addressed the possibility of a potential sequel. Previous scoops have suggested that Justice League 2 and a Man of Steel seques are on the table if The Snyder Cut is a success.

Unfortunately, while the Sucker Punch filmmaker claims he has a continuation of his story in mind, he put a damper on fan hopes, stating in a recent interview with Ping Pong Flix, “I don’t have any expectation that there would be more movies than this.”

Related: Wonder Woman 1984 Facing Yet Another Delay, May Release to HBO Max in 2021

“That bridge is far away,” he continued, adding that it “would be amazing” if follow-ups happened but assuring fans that “frankly, I’m cool.”

He further explained that he is happy seeing the DC film universe he helped create carry on in The Flash, Wonder Woman, and Aquaman films. “Listen, you have Wonder Woman, you have Aquaman, you have this new Flash movie,” he said. “All of these are branches from a tree that I planted a long time ago.”

Snyder also noted how proud he was of the layers to Wonder Woman’s character added by Patty Jenkins in the Amazon’s own film series, including the still-unreleased Wonder Woman 1984, exclaiming that he ” couldn’t be prouder” and “couldn’t be more excited about what’s happening with Wonder Woman 1984.“

“It’s amazing, those talented people. Patty is a genius and Gal is the greatest Wonder Woman ever,” he continued. “Any time those guys add a chapter to the world, it’s great, but for me, I have a very singular vision of how my track is supposed to go.”

Zack Snyder’s Justice League continues, and perhaps concludes, the story he intended to tell with DC in 2021 only on HBO Max.

What do you make of this new trailer? Do you like Steppenwolf’s updated design? Let us know your thoughts on social media or in the comments down below!