After 30 years, the Undertaker has named the greatest in-ring wrestler of all time. And, WWE reached out to released talent about returning.

Undertaker has fought seemingly every major star and now he is naming the greatest in-ring wrestler of all time. Also, WWE has reached out to former talent about returning but the contracts are not great.

For the Undertaker, he has spent the past 30 years working for Vince McMahon’s WWE. He has seen many moments created and competed against wrestlers from various generations.

He might be best known for the WrestleMania streak. For 21 WrestleManias, Undertaker went out and left as the victor.

Then of course Brock Lesnar broke the streak in arguably the most shocking moment in WrestleMania history. While speaking to Sony Sports India, Undertaker went out of his way to put over Shawn Michale as the greatest in-ring performer of all time.

“When pressed for one particular match, it would have to be WrestleMania 25 against Shawn Michaels,” said Undertaker. “The match quality, the storyline, this is one of the greatest matches that I was part of.”

“I think Shawn Michaels probably is the greatest in-ring wrestler of all time. This match here starts off a four-match series- the two with Shawn where I ended up retiring him next year, and then Triple H comes into the picture to take up from his friend.”

“And it all ends up with Triple H, Shawn Michaels and myself at the top of the stage after four match series together. That was the end of an era and that’s my proudest body of work in WWE. Those four WrestleManias.”

The four matches Undertaker referenced were truly the end of an era. All three told amazing stories that captured fans attention for years.

Chapter 3 of @undertaker: #TheLastRide takes a look at the end of an era.

In weeks, WWE will be hosting the Undertaker’s farewell at Survivor Series. Therefore, it is fitting, considering how he debuted at the same pay per view three decades ago.

Considering everything that has happened since WrestleMania 36, it does feel like the Undertaker has finally retired. But, the bigger issue might be trying to convince Vince McMahon. 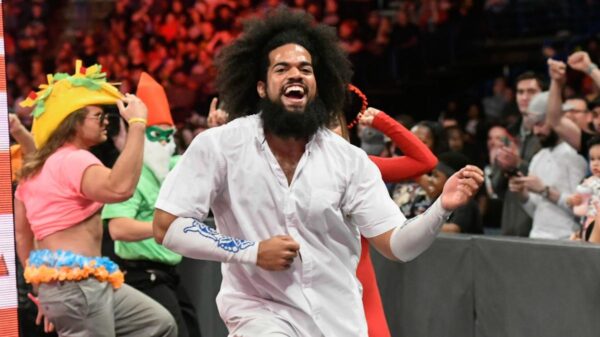 A lot of moments will be remembered from the past year, but probably not for the best reasons. 2020 has been a rollercoaster year due to COVID-19.

WWE has drastically changed how they handle their business and there is no word if the new way is permanent. Also, April 15 will be remembered as the day WWE let go of 40% of their staff.

While most of the cutbacks featured office workers and backstage names, many wrestlers departed. WWE hoped to bring some back, but that has not been the case.

Apparently, WWE did reach out to several wrestlers, like No Way Jose, about returning. Although, the Wrestling Observer Newsletter noted how the new deals were for much less.

The report stated, “We’ve been told that several of the people who left and signed elsewhere did get offers to return, but for lower money.”

In general, wrestling companies are struggling without having fans. Some of the released WWE superstars did find other homes like AEW and Impact Wrestling.

We will have to keep our eyes out if WWE re-signs any familiar names.