'Shogun' Rua has releasted a statment following his loss to Paul Craig, and the legend says he suffered an injury not long into the bout.

Following ‘Shogun’ Rua’s loss to Paul Craig at UFC 255, Dana White made it clear he believes the legend should retire. Since then, however, Rua has released a statement in which he’s reporting he incurred an injury, not long into his rematch with Craig.

The former UFC champ and PRIDE Grand Prix winner, however, is going to take some time to consider if he’ll compete again. 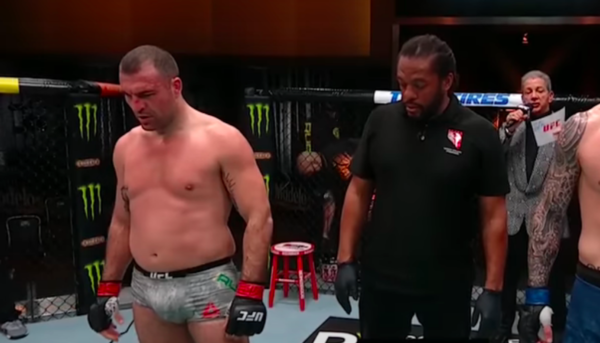 The light heavyweights were booked to fight for a second time at UFC 255, as last November, they fought to a draw. In the rematch, however, Rua had very few memorable moments, as he was put on the defensive by Craig’s wrestling and grappling.

In round two, Craig took Rua down again and forced him to tap to strikes. After the bout, White opined that Rua “looked like a shell of his former self” and that the legend should retire.

In a statement from the 38-year-old star, however, Rua said this.

Unfortunately things didn’t go out the way I would have liked last night , and this is a part of our sport.

I suffered an injury to my elbow on the first time I was taken down, but this serves as no excuse, as it is part of fighting and it doesn’t take way any merits from my opponent.

An athletes’ career is not only made of glory and thank God I was already blessed many times with the reward of victory, due to a lot of sacrifices and effort, that only those who live our everyday routine really knows what we go trough.

I want to thank all the amazing support from you guys, as always. I’m blessed for being able to do this for 18 years already, and here in 2020 you guys are the great motivation I carry with me, and that it makes me continue this far.

Now I’m going to rest with my family, and think about my career. I know that my mission in this sport goes way beyond the octagon as well. Thanks a lot guys

Given that Rua’s performance was almost certainly impacted by this injury, there are certainly reasons to speculate he’ll want to fight at least one more time. Rua has two fights left on his UFC deal, and prior to UFC 255, he didn’t say the fight would be his last.

But, even if Rua’s ability to beat Craig was significantly impacted after incurring the injury, the timing seems right for the legend to walk away.

‘Shogun’ has nothing to prove at this stage of his career, he’s been stopped twice now in his last five fights, and he’s participated in numerous wars over the years.