Rumor: Standalone Batwoman Film, Unrelated to The CW Series, is Currently in Development

Kate Kane may return as Batwoman, with a new rumor indicating the red-haired Gotham Knight is getting a solo film disconnected from The CW.

If a new rumor is to be believed, more Batwoman content may be approaching in the near future, specifically in the form of a silver screen adaptation of Kate Kane’s costumed escapades.

The rumor, which comes from Spanish-language Twitter account DCVERSO by way of renowned scooper DanielRPK, claims that a Batwoman movie is in the works.

“O @DanielRPK states that a film by #Batwoman would be in development,” reads the Twitter post, as seen below.

Related: Ruby Rose Reveals More About Her Departure From Batwoman

Cosmic Book News speculates that any potential film will most likely focus on Kate Kane, rather than THE CW’s incoming new Scarlet Knight, Ryan Wilde, and therefore, will be completely unrelated to the Arrowverse series.

Matt McGloin at CBN also thinks the movie pitch might have beeb a contributing factor in Ruby Rose’s decision to leave the show.

While it’s known, based on Rose’s own words, that a combo of lockdowns, stress, filming in Vancouver, and the neck injury she suffered contributed to her departure, it’s possible Warner Bros. may have also invoked their rule of characters on TV not appearing in movies.

However, it should be noted that they’ve bent that rule in the last few years, notably in the case of The Flash, when DC cinema’s Flash Ezra Miller appeared on TV in tandem with the Arrowverse’s Speedster, Grant Gustin, at the end of the recent ‘Crisis on Infinite Earths’ crossover.

The rumor of a feature is bound to hit people differently, depending on how they feel about the CW series. Some are sick to death of the character; others want to see her interpreted accurately.

In a Reddit thread discussing this rumor, the comments were quick to point out that the version of Batwoman seen on TV is nothing like her depiction in the comics, with user Mister_Batfleck stating that “Kate in the comics is NOTHING like her sh-t representation on the CW“.

“For starters, she didn’t steal Bruce’s suit, his company, and his Batcave,” Mister_Batfleck explained. “[Nor did she] say garbage like “I’m not about to let a man take credit for a woman’s work.”

Her relationship with her dad, who knows her true identity in the comics, is rather rock-solid there too, as Mister_Batfleck adds, “In fact, her and her father (the guy who’s trying to kill her in the show) made everything themselves”.

Mister_Batfleck further added that “Kate also isn’t opposed to using guns because of her military training, compared to the show version that is basically a watered-down Batman with t-ts who was against killing at first.”

A few comments mention Kate Kane’s military training, which is referenced from time to time on the series, and admire how “she is actually really cool in the comics.” 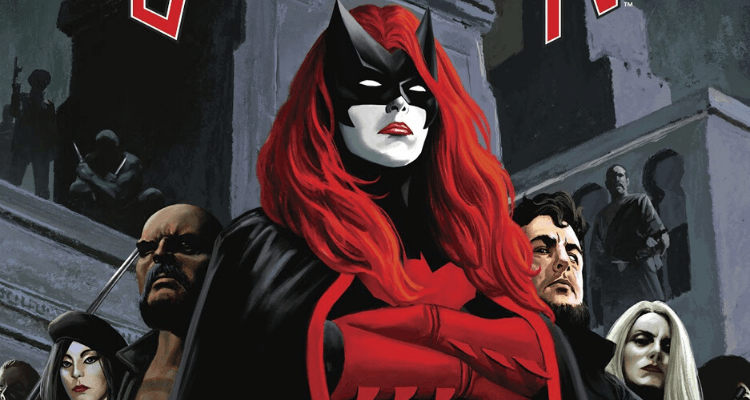 Could this be a sign there is a willingness to see further and alternate adaptations of Kate Kane or Batwoman on screens big and small? Perhaps.

If a series is truly in development, it’s most likely being produced for the small screen, similar to various DC solo outings, be it a feature film or ongoing series, announced and rumored in the last couple of years, such as Deadshot and Batgirl.

HBO Max is an option on the table and, as the reported Titans and Justice League Dark spinoffs suggest, the fledgling streaming platform is hungry for more DC content.

Would you be interested in a new Batwoman project? Let us know your thoughts on social media or in the comments down below!