After losing in the main event of Wednesday’s NXT, there is now talk of Rhea Ripley officially joining the main roster. Also, a newly engaged Alexa Bliss, has a good idea of when she wants to have children.

Despite failing to win the NXT title, Rhea Ripley [1] appears to be in for a promotion.

According to a report by Dave Meltzer of Wrestling Observer Radio [2], Ripley will be promoted to the main WWE roster in the near future.

Ripley lost to lo Shirai for the title on the most recent edition of NXT. The two went at it, exchanging blows before Shirai cleanly pinned Ripley.

“My impression is from watching is that Rhea is going to the main roster,” Meltzer said.

The Australian signed with the WWE in 2017, appearing in the Mae Young Classic. She would become the first-ever WWE NXT UK women’s champion in 2018.

After winning the NXT Women’s Championship, she made history at WrestleMania 36. She became the first NXT superstar to work the card.

But, the ending saw Charlotte Flair capture the gold to end the title reign after only a few months. Despite several title opportunities since the loss, Ripley has been unable to recapture the gold.

It remains unknown at this time if Ripley would be promoted to the RAW roster or the SmackDown one. Maybe on RAW or SmackDown, Ripley can once again find gold.

Alexa Bliss On Having Children 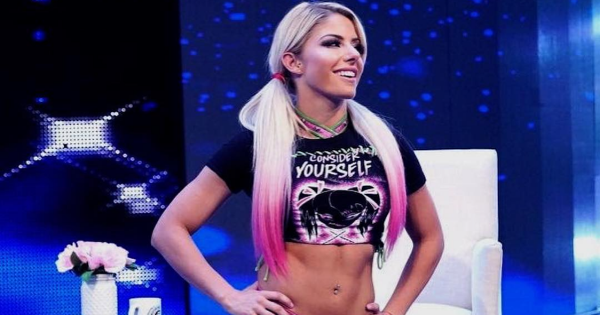 After becoming engaged, Alexa Bliss and Ryan Cabrera are beginning to ponder the idea of expanding their family.

In an interview on Better Together with Maria Menounos [6], Bliss was asked about having children with Cabrera. The couple recently confirmed their engagement.

“We discussed we would see, you know, once my WWE contract is over, where we’re at,” Bliss said. “That’s in about three-to-three-and-a-half years. He’s totally fine with that.

Bliss is currently in one of the main angles on WWE with Bray Wyatt. Plans appear to be set for the two to be key players for the foreseeable future. And with her stating her contract has plenty of life yet, that seems to confirm it.

Bliss and Cabrera met just a year ago. Lexi Kaufman, her real name, called the engagement night “the best night of my life. And it’s just the beginning.”

One year ago we said hello, tonight I said YES 🖤 @ryancabrera [7] pic.twitter.com/PLhVha2goK [8]

The 29-year-old signed with the WWE in 2013, going from NXT to SmackDown. She is now on RAW and is a three-time RAW champion.

Bliss has also held the SmackDown title twice and is a two-time tag team champion with Nikki Cross. Also, she won the 2018 Money in the Bank and is only the second women’s triple crown champion.

Currently, she has been with The Fiend and fans seem to dig the duo. There was talk of The Fiend and Bliss teaming at WrestleMania 37, but that idea currently seems off the table.