When it started to become clear that Anderson Silva [1] intends to continue fighting, not under the UFC banner, the consensus was he’d have little trouble finding a new promoter. Well, although the legend very likely will receive some offers, it looks like another big stage promotion won’t be calling. 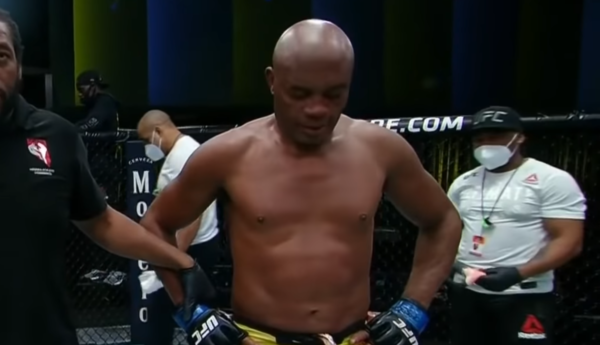 When Silva was booked to fight Uriah Hall at the UFC’s October 31st card, the bout was initially billed as the star’s retirement fight.

But, as the event drew closer, Silva was non-committal while discussing whether he was going to actually retire. All the legend would say was that the fight was very likely going to be his final, UFC appearance.

Well, following Silva’s stopped loss to Hall, Dana White reported the UFC would not be offering the former middleweight king, anymore fights. Bellator President Scott Coker, meanwhile, acknowledged that Silva is a legend, but he also said the promotion is going in a different direction. [2]

Since then, PFL President Ray Sefo spoke with Fight Sports. [3]When he was asked if the MMA league might be interested in bring Silva on board, Sefo said this.

“Listen, I mean that guy is such a legend in the sport but isn’t he around 46? The guy is such an amazing talent.

I think he has been a great champion. He’s definitely gonna go down in history as one of the best to ever do it.

Nothing but a lot of respect but I just think it’s that time to hang it up. Watching his last fight, he also fought a former teammate of mine, and Uriah Hall was able to finish that fight.

Anderson Silva is a legend and he’s gonna go down in history as one of the best to do it, so I’d like to remember him as that guy.”

So, there are a couple of things to look at here.

When you consider Silva is turning 46 next April, and what he’s accomplished in his career, its hard to imagine him competing in the PFL’s format.

The PFL could have explored having Silva compete in non-tournament bouts, as a way to draw fans. But, it sounds like his recent run of setbacks have convinced the PFL that it’s not a right fit.

At the end of the day, Silva will receive offers to fight. Whether it’s in Eastern Europe, Asia, or his native Brazil.

The question is, will the promotion have the type of platform Silva’s looking for? Or the financial means?