After breaking up the IIconics, we expected at least one of the two to be pushed…but is Peyton Royce still being pushed as a singles Superstar? Plus, we have a possible Mysterio family program spoiler ahead.

When WWE made the decision to break up the IIconics [1], at least one of Billie Kay and Peyton Royce was expected to get a singles push. In the weeks since, we have to ask: is Peyton Royce still being pushed? 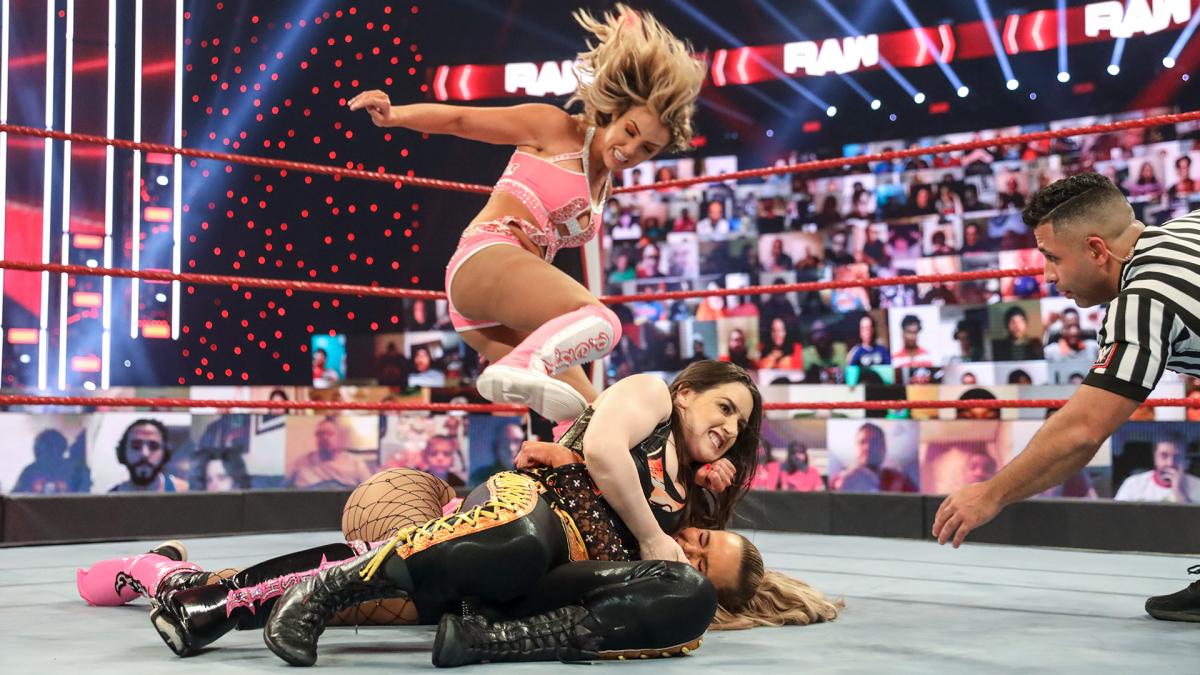 It’s a fair question to ask, considering how we are now seeing Peyton Royce work…tag team matches on RAW.

The only difference is, her partner isn’t the usual Billie Kay. Instead, on last week’s RAW, she teamed with Lacey Evans.

So again, is Peyton Royce still being pushed?

According to the Wrestling Observer [2]…probably not.

This seems to be yet another instance where Vince McMahon did something but then changed his mind. Had there been a plan and a road map, this probably could have been avoided.

So why has the push died, and why is a former tag team wrestler now back teaming up but with a new partner?

It seems Vince realized that he lacked compelling tag teams to challenge for the Women’s Tag Team Championships [3].

So naturally, when needing tag team depth…you break up an established heel tag team (one who already held the titles). Then, you take one half of that former team, and you squish her together with someone new.

Look, if Kay and Royce asked for the split, that is a different matter. Thus far, we’ve seen nothing to indicate that was the case.

So, if WWE (or, Vince McMahon) was concerned about women’s tag team depth, then perhaps get Billie Kay back from SmackDown and reunite the IIconics?

After all, it’s not as though WWE has not undone recent Draft moves on a whim… [4]

Tucker was moved back to Smackdown quietly last week

Rey Mysterio [6] is in the midst of a very personal angle, and we have a possible Mysterio Family spoiler to discuss.

Mysterio’s daughter Aalyah has been a recent focus of the entire Mysterio Family program. While Rey and Dom battle Seth Rollins and Murphy, she has eyes for the Disciple. 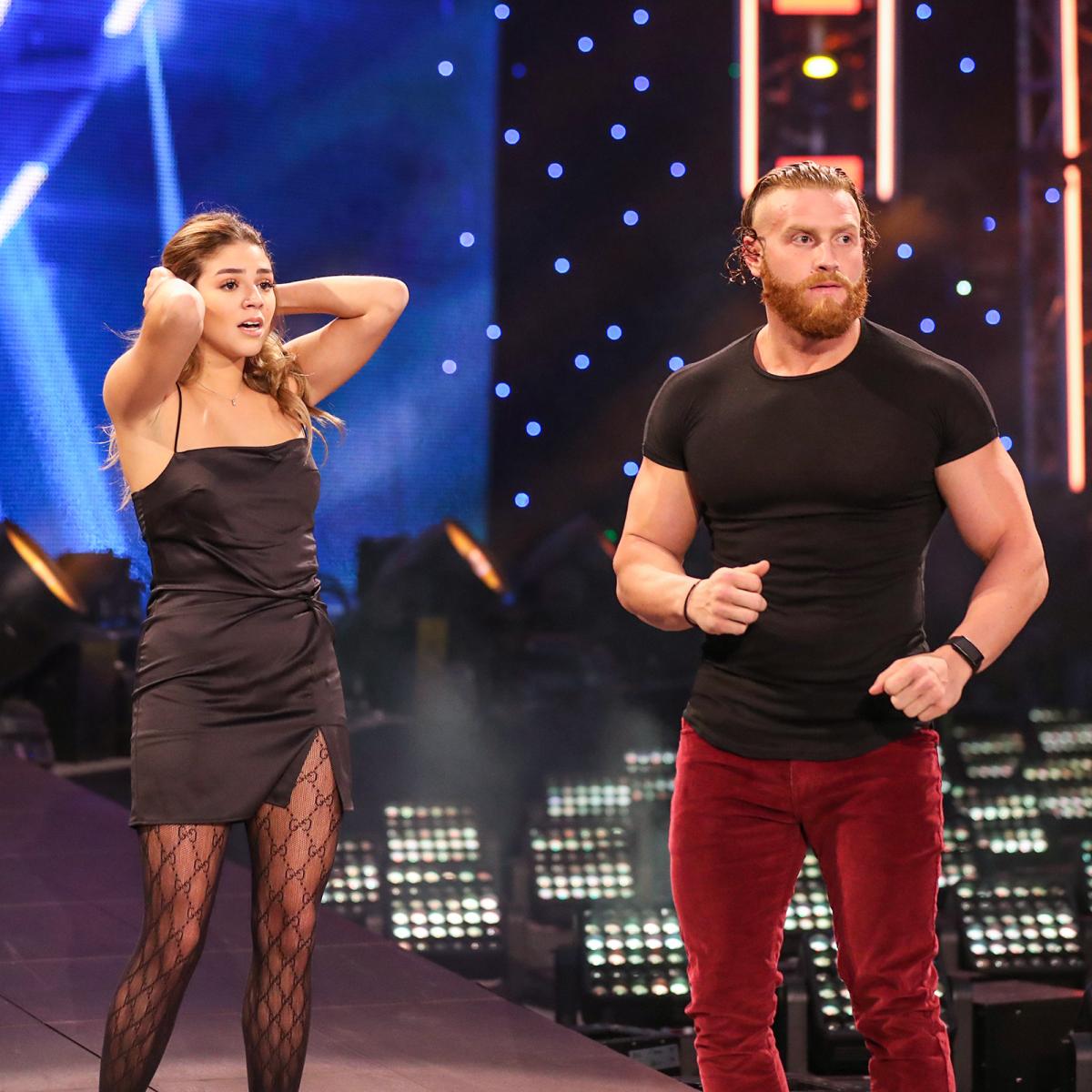 It’s caused conflict in the angle (by design, of course), and has us wondering: will she betray her family, or will Murphy turn on Seth Rollins…or something else entirely?

The Wrestling Observer recently noted that this program may be drawing some influence from a previous love interest angle involving a close friend of Rey Mysterio-Konnan.

Right now, Aalyah and Murphy [7] are a confirmed couple. Seth Rollins seems keen to encourage the couple, even marrying them.

The rest of the Mysterio family is convinced this is all Seth Rollins pulling strings and pushing buttons. Perhaps it is, but maybe it isn’t.

In the version that Konnan executed, his love interest was set to marry him, and then he turned on them in a total heel move.

There is no indication that this is playing out now too, but the Observer pointed out that Rey Mysterio is heavily involved in this entire program.

Meaning, it is not impossible for Mysterio to be leaning on his close friend’s prior angles.

If so, could we see Aalyah left at the alter by both Murphy and Rollins? Or could this result in a botched wedding?

Perhaps one where Murphy becomes a babyface? And maybe finally gets support from Rey and Dom, with all three mad at Seth Rollins?

It seems there is plenty for WWE to lean on or draw from. It will be interesting to see how this one ends up playing out.