ONE Primer: Watch The Road to Kiamrian Abbasov vs. James Nakashima

In advance of Kiamrian Abbasov's title defense as ONE's welterweight champ, the promotion's shared out a preview for the compelling bout.

ONE Championship’s “Inside the Matrix II” is right around the corner, and the promotion’s posted a preview for the card’s headliner: Kiamrian Abbasov vs. James Nakashima. 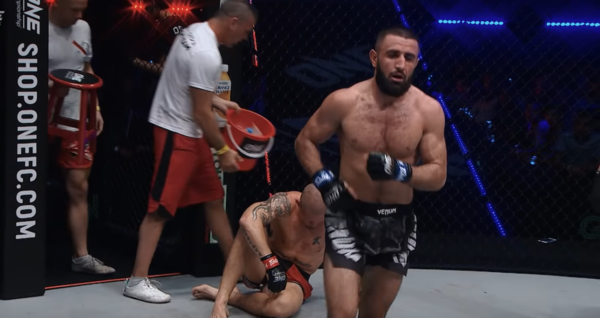 Road to Abbasov versus Nakashima

“Inside the Matrix II” is going down on November 6th in Sinagpore, and it will feature the first title defense of Abbasov, since he won the welterweight title last October.

The 27-year-old won the belt by handing Zebaztian Kadestam a decision loss. In doing so, Abbasov (22-4) extended his winning streak to four.

Nakashima (12-0), meanwhile, has been tapped for a title fight following his win over UFC veteran, Yushin Okami last summer. The 32-year-old has gone 3-0 to date with ONE.

Top Five KOs From “Inside The Matrix II” Fighters

You can also check out the top five knockouts from some of the fighters scheduled to fight at “Inside the Matrix II”. Two of the fighters featured include the Abbasov and Timofey Nastyukhin.