ONE ‘Inside The Matrix IV’ Primer: Watch The Fighter’s Top KOs

Ahead of the fourth installment of ONE's 'Inside The Matrix' series, the promotion's shared out the fighter's top knockouts.

ONE Championship will stream ‘Inside The Matrix 4’ on Friday, and ahead of its release, you can watch the top knockouts from the card’s competitors. 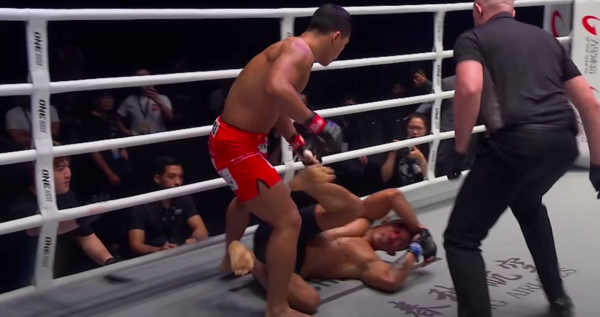 The top KOs from ‘Inside the Matrix IV’ fighters

‘Inside The Matrix’ was recorded previously in Singapore, and ONE has been sharing out bouts from the card in the proceeding weeks. To promote the event, ONE has posted the top knockouts from the card’s fighters, and two the athletes featured include noted kickboxer Wang Junguang and the undefeated Yoon Chang Min.

‘Inside The Matrix IV’ card

Here is the complete line-up for the event, which will be streamed November 20th (card via ONE Championship). Details on how to watch the card can be read here.