As this post is being written, a fight between Mike Perry [1] and Tim Means is still planned for Saturday’s UFC 255 [2] card. But, based on what Perry was tweeting overnight, there are certainly reasons to wonder if he’s going to make 171 pounds or if the bout will happen at all.

The controversial welterweight, who recently reported he still had 20 pounds [3] to cut not far out from today,  tweeted out [4] the following comments overnight. 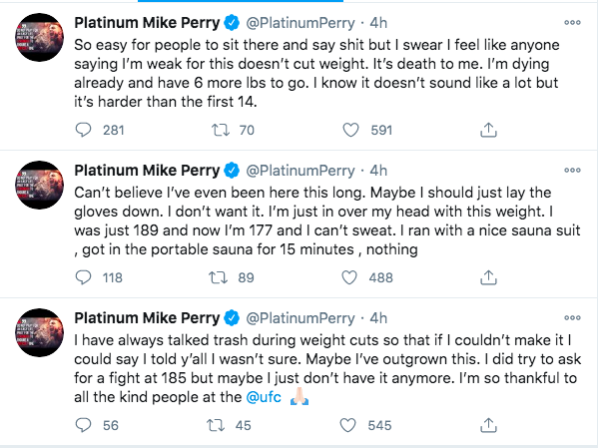 Earlier this year Perry was captured on video punching an older man and shouting racist slurs. The fighter apologized for his actions. [5]