Lilian Garcia Opens Up About Not Being Able To Have Children

Lilian Garcia opened up about not being able to have children in a recent interview. She also revealed more about her WWE departure.

WWE personality Lilian Garcia recently opened up in an interview about not being able to have children. She also disclosed the reasons why she left WWE several times.

Lilian Garcia On Not Being Able To Have Children 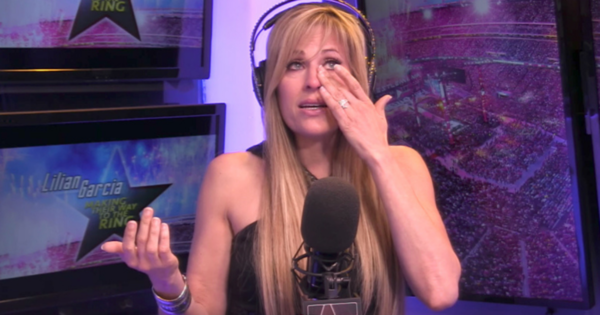 Garcia left the WWE in 2009 after 10 years with the company. One year later, she found out she couldn’t have children.

However, she would return in 2011. And it seems Lilian found some peace with her WWE family.

“So, we got married in 2009 and found out in 2010 that we couldn’t have kids. So now, that plan went out the door, and so when I saw them, I missed them. They were like my family. At that point, I was like, ‘No, I love you, thank you.’ I didn’t even have any intention, and then, until November, he left the door open. And in November of that year, I was getting sad. I was sad not to be part of it. I felt like I had more still to offer, and so I reached out to him, and I was like, ‘Hey, so are you serious about this?’ And he’s like, ‘Your timing couldn’t be more perfect.’ He’s like, ‘We have Tribute to the Troops coming up and we want you to sing.’ The next thing you knew, I was back.”

Lilian Garcia would have another departure from the WWE in 2016. However, this gave Garcia the opportunity to start with Chasing Glory. 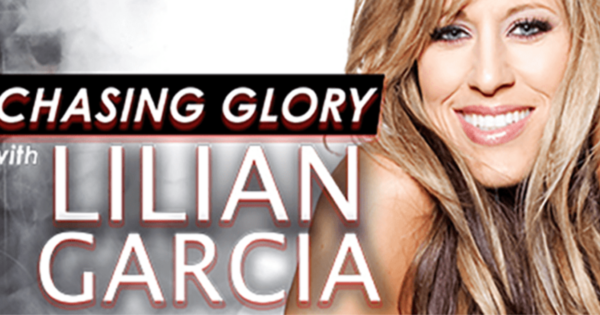 During the interview, Garcia revealed that she first pitched the idea for Chasing Glory in 2004. However, the actual podcast would not happen until November of 2016.

“I was just so enamored with their stories that they were sharing as we were in the locker room, getting close with one another. I had pitched it to WWE in 2004. This is before Total Divas, all of that, but the timing of it wasn’t there. There wasn’t really a home – it was just before its time. So, I was like, ‘Maybe I’ll just do that. I started the podcast in November 2016.”

Fortunately for us, Chasing Glory was an incredible success. It is a shame that it took so long for the show to actually happen.

Of course, Garcia did leave the WWE for the second time for personal reasons in August of 2016. In fact, she decided to take time off to look after her father who had fallen ill.

Her father on the other hand, had other ideas.

“It was kind of like, the decision was made and it was okay because I took care of him. And during that time, he’s like, ‘Lil, I don’t want you to sit here and watch me die. What can you be doing next?”

Lilian Garcia eventually decided to return to the wrestling landscape in November with Chasing Glory. To date, it is one of the more successful wrestling podcasts out there.

Aside from her podcast, Garcia remains one of the best-known wrestling personalities in the world.

There is even mention of a future Hall of Fame induction, which we believe she really deserves.