Not only did Alex Pereira [1] record a victory in his return to MMA on Friday. The feared kickboxer and GLORY champ-champ scored one of the more vicious knockouts in recent months. 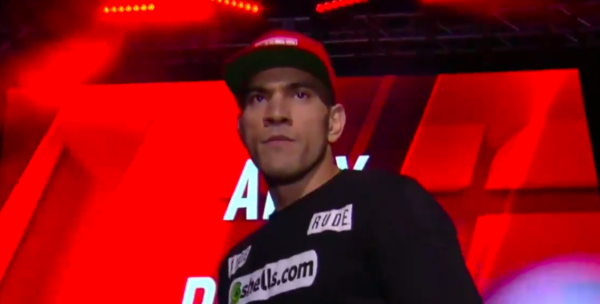 If you follow kickboxing, then you know Pereira is GLORY’s middleweight and interim light heavyweight champ. You also, very likely know that he brutally KO’d Israel Adesanya [2] in a kickboxing match, back in 2017.

Well, the 33-year-old has decided to start competing in MMA once again (his last MMA fight prior to Friday was in 2016), and Pereira fought at LFA 95, Friday. As you can see by watching the clip below, Pereira recorded a jaw-dropping, first-round KO.

Powell (4-5) remained down for several minutes, but he reportedly left the cage under his own power. With the win, Pereira’s MMA record now stands at 3-1. The Brazilian’s kickboxing record is 40-6.

Here are the complete results for LFA 95, which took place in Park City, Kansas (results via MMA Junkie [6]).