Bellator 253 [1] is going down tomorrow in Uncasville, Connecticut, and the fighters have hit the scales in advance of the card. The main event will feature the undefeated A.J. McKee taking on former bantamweight champ, Darrion Caldwell, in a semifinal bout of Bellator’s featherweight grand prix. 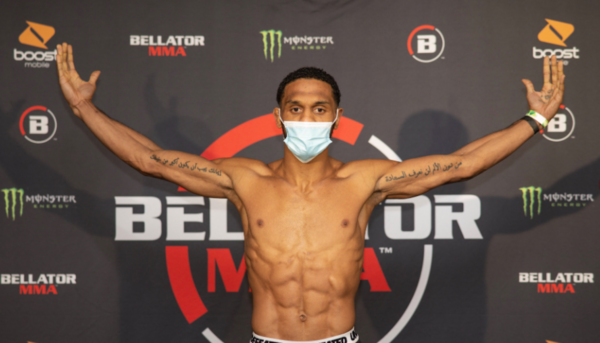 The former champ Caldwell quickly submitted Ádám Borics in their quarterfinal bout this past January.

McKee tapped out Derek Campos in the third round for their quarterfinal fight, which went down in December.

Here are the complete weigh-in results for Bellator 253, which is being hosted by the Mohegan Sun Arena (results via MMA Junkie [2]).