Alberto Del Rio has heard enough of Paige and her claims of abuse, so he is threatening to sue. Also, Jake Roberts was hospitalized for days with COPD.

Alberto Del Rio and Paige had a toxic relationship [1]. A list of problems occurred, which to led arrest, claims of abuse and drug use [2].

Thankfully, the engaged couple eventually split. Paige would take time off before returning to WWE and Del Rio does not seem to be welcomed back.

After remaining mostly silent about the relationship, Paige opened up on the GAW podcast [3]. She claimed Del Rio would frequently abuse her when locked in the same room together.

At add, Del Rio did “crazy things” to her, but she did not give any details. It is understandably hard for Paige to talk about this subject.

Now, Del Rio is threatening legal action against Paige. While speaking to TMZ Sports [4], Del Rio said he might sue over defamation.

Currently, Del Rio is awaiting trial on second degree sexual assault and aggravated kidnapping. An ex girlfriend and defendant claims she was tied up by Del Rio for hours.

He then sexually assaulted her, while threatening her family [5]. The trial is set for January 25 [6]. 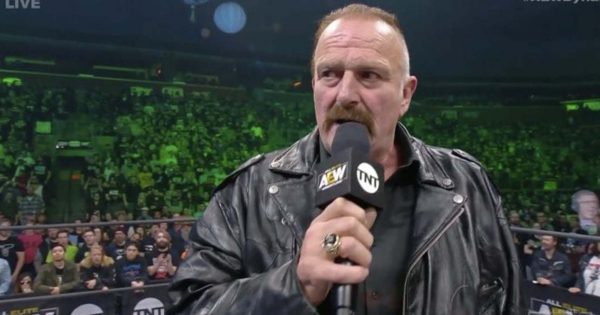 About a week ago, Jake Roberts was having trouble breathing and could not stop coughing. He ended up spending several days at the hospital for chronic obstructive pulmonary disease (COPD).

The WWE Hall of Famer stated the disease is hereditary and is worse than COVID-19. Also, he suggested decades of smoking cigarettes made matters worse.

“I don’t get the right amount of oxygen into my blood and that’s not good and I don’t know how much it’s going to limit me in my future,” said Roberts on the Nothing Beats Experience [7]show. “We’re testing it today for the first time to try and go do something.”

“I know that without the oxygen, if I talk for about 20 seconds, I’m done. I can’t go anymore. It’s not there.”

“So this is gonna be something I’m going to have to work with and the thing that I’m happy or happiest about is that I’m in AEW and they actually give a damn. It’s really wild.”

“They actually care about the athletes, they actually get us the help that we need, they actually set up protocol so us dumb a— wrestlers don’t say, ‘Hey, I’m okay. I can get in there. I got one arm missing, you know? It’s okay.’”

“I want to do is get out there and just do what I do man. That’s all I want.”

Since joining AEW, Roberts has been managing Lance Archer; who actually had COVID about two months ago. Archer has fought for both major AEW titles, but come up short.

Still, he seems like someone AEW will be pushing as a top heel going forward. We will have to see how much time Roberts misses while he battles COPD.