It remains to be seen if we see Anderson Silva [1] fight again, following his bout today at UFC Vegas 12. So, it seems like a good time to watch the legend’s finest moments in the cage and or ring. 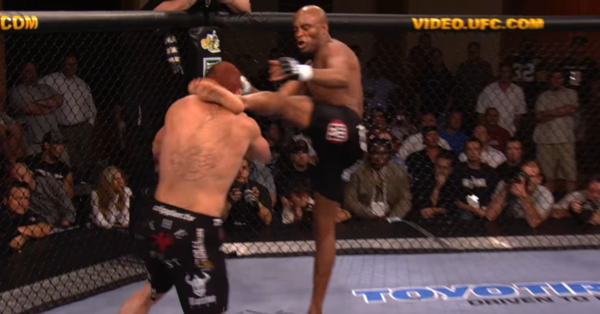 Recently the UFC shared out the video below, which includes many of Silva’s greatest and most historic moments. Before the Brazilian star made his way to the UFC, Silva had already won titles with Shooto and Cage Rage.

The dynamic striker had also scored some memorable wins while fighting for PRIDE.

After joining the UFC in 2006, however, Silva went on to establish himself as one of the all-time greats. The now 45-year-old fighter won the UFC’s middleweight title that same year by taking out Rich Franklin, and proceeded to defend it an awe-inspiring, 10 times.

More recently, there’s been extensive debate about whether today will mark the end of Silva’s career. The legend has said it’s likely his final UFC bout, but he’s also reported he still has the desire to keep competing. [2]

Here is the complete line-up for today’s event, which will see Silva take on Uriah Hall in the headliner.