Ryan Smile, a veteran of the international wrestling scene, has passed away. He was just 31 years old.

Smile wrestled on the United Kindom and Irish independent scene for a number of years including promotions such as OTT and Rev Pro.

However, he was constantly battling with mental health issues throughout his short – but impactful – career.

A pair of WWE superstars [1] paid their respects to Smile and his family.

Mia Yim [2] posted “Can’t believe this. One of the people to help me and welcome me during my first UK tour.

Can’t believe this. One of the people to help me and welcome me during my first UK tour. Ryan Smile, thank you. RIP

Ricochet posted “So young. You will be missed. Ryan.

So young. You will be missed Ryan.

News of the passing was confirmed by Smile’s partner and fellow wrestler, Alex Windsor.

“I cannot believe I’m having to write these words,” Windsor posted. “On Tuesday morning, Ryan passed away after losing his battle with mental health, a battle in which he had been fighting for a long time.

“I can’t fathom the words to express how I’m feeling right now.”

Windsor continued, posting “To anyone who knew Ryan, whether through wrestling or on a personal level, it’s with extremely heavy heart that I have to break this tragic news.”

During his career, Smile won the Rev Pro undisputed British cruiserweight title. He also held the OOT No Limits championship and was the HWC Revolution champion.

Also, others who paid their respects included Pete Dunn who wrote “Rest in Peace Ryan, thanks for everything.”

Session Moth Martina posted on social media “RIP Ryan Smile. So undeniably talented, such a major part of the early days of OTT.

“Such a help to me in the beginning of my career and was a joy to be around. I hope you are at peace now.” 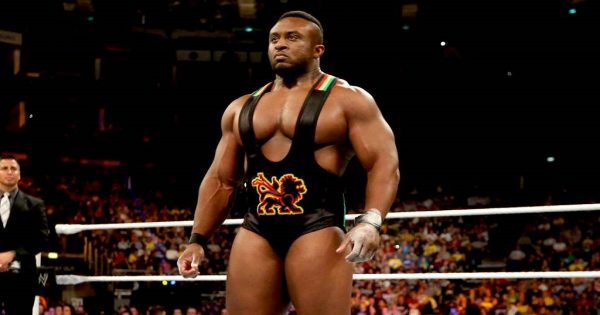 With New Day being split [7] after the WWE draft [8], plans for a huge push for Big E are centered around SmackDown.

Minus Kofi Kingston and Xavier Woods, it appears the WWE is looking at making Big E a solid member of the main event picture.

Along with Big E, current main event picture babyfaces include Daniel Bryan and Jey Uso on SmackDown. Uso, though, will return to tag team wrestling with Jimmy Uso when he returns.

Bryan is currently on the sidelines with an injury and has been out of action for several months. Although, he could return at anytime.

Roman Reigns remains the top heel on SmackDown. “The Tribal Chief” is the current WWE Universal champion and set to defend his title against Jey Uso at Hell in a Cell later this month.

With news of Big E being in the main event discussion, it is likely he will be paired up with Reigns in the near future.