All of the fighters have weighed in for Saturday’s UFC Fight Island 6 [1] card, and all of the bouts have been greenlit, including Chan Sung Jung versus Brian Ortega 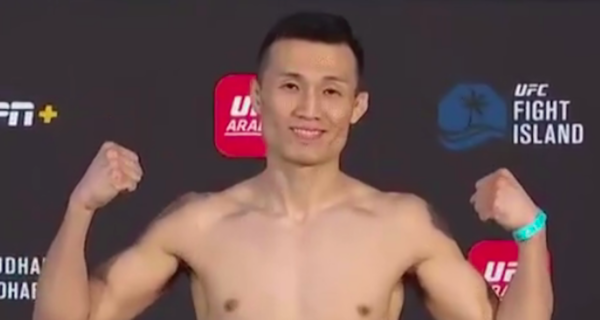 ‘The Korean Zombie’ versus Ortega

Jung, or ‘The Korean Zombie’, came in at 146 pounds for Saturday’s headliner, as did Ortega. The two were supposed to fight all the way back in December, 2019.

But, a knee injury forced Ortega out of the contest. Jung went on to stop former lightweight champ Frankie Edgar, who had stepped up as a replacement.

Since their initial fight fell through, the featherweights have feuded online and in interviews, and their beef culminated in Ortega allegedly slapping Jung’s friend and translator, Jay Park. [2]

Here are the complete weigh-in results for tomorrow’s event, which will be hosted by Yas Island in Abu Dhabi (results via MMA Junkie [3]).