The Hollywood Reporter exposed their complete and utter ignorance about DC Films' continuity in their most recent rumor claiming Jared Leto will be joining Zack Snyder's Justice League that is expected to debut on HBO Max next year.

The Hollywood Reporter exposed their complete and utter ignorance about DC Films’ continuity in their most recent rumor claiming Jared Leto will be joining Zack Snyder’s Justice League that is expected to debut on HBO Max next year. 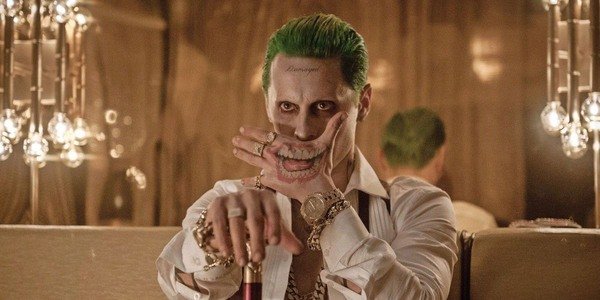 In the write-up by Borys Kit, he claims that “Jared Leto, who played classic DC villain The Joker in 2016’s Suicide Squad, has joined the additional photography shooting for the “Snyder Cut,” the filmmaker’s definitive version of the 2017 superhero movie he was forced to exit and he never saw through completion, multiple sources tell The Hollywood Reporter.”

Rumors about Leto coming back to join DC Films have been circling since June when The Cultured Nerd reported that AT&T and WarnerMedia wanted both Jared Leto and Joe Manganiello for an HBO Max Batman project featuring Ben Affleck.

While it’s no surprise to anyone who has been paying attention to the rumor mill that Leto might be reprising his role as Joker, it was shocking to see just how ignorant The Hollywood Reporter is regarding DC Films’ continuity.

Towards the end of his write-up Borys Kit claims that Leto joining Snyder’s Justice League as Joker “ties the new cut to Suicide Squad, the all-star DC-based movie that saw Margot Robbie break out as fan-favorite character Harley Quinn and which saw Leto portray Joker as a love-obsessed and glittery crime lord.”

My guess is Borys Kit didn’t actually watch Suicide Squad or he would have realized the film was already connected to Snyder’s Batman v. Superman film because Ben Affleck’s Batman appears in the film.

In case you forgot and for Kit’s own education, here’s a clip of Batman first facing off against Deadshot.

It’s revealed Waller tips off Batman in order to bring him in so she can add him to her Suicide Squad.

As you can see above, the clip continues as Batman hunts down both Jared Leto’s Joker and Harley Quinn in a high speed chase through the streets of Gotham.

In order to elude Batman, Joker drives his car into the river. By the time Batman arrives at the bottom of the river, Joker is nowhere in sight, but he is able to apprehend Harley Quinn.

If Ben Affleck’s Batman wasn’t enough of a connection, the clip above also shows that Ezra Miller’s Flash apprehends Captain Boomerang in the middle of a bank robbery.

And in case that wasn’t enough evidence, Zack Snyder has also stated that the Robin suit seen in Batman v Superman was defaced by Joker. In fact, not only was the suit defaced, but Joker actually killed that Robin, who was Dick Grayson.

Back in 2018, Snyder responded to a fan’s question about which Robin Joker had killed. He stated, “Richard.”

In fact, he would make it abundantly clear it was Dick Grayson.

In a separate question he would be asked if he had plans to bring Dick Grayson back after Flashpoint or if he was supposed to always stay dead. Snyder responded, “stay dead…till Carrie.”

In fact, Carrie aka Carrie Kelley, the Robin introduced in Frank Miller’s Dark Knight Returns story, is even hinted at in the Knightmare scene from Batman v Superman.

You can see a woman with distinctive googles on Batman’s team in the truck at the beginning of the Knightmare scene below.

Even more recently, Snyder indicated that his version of Justice League would explore the death of Dick Grayson.

When a fan asked, “Did you have plans to dive deeper into the background of Dick’s death in your future movies? Maybe JL?” Snyder responded, “A hint in JL.”

If Snyder had plans to explore more of Dick’s death and we know he died at the hands of the Joker, it seems pretty clear that Joker would show up in his Justice League.

It’s also pretty clear that Batman v. Superman was connected to Suicide Squad with the appearance of not only Ben Affleck’s Batman, but Ezra Miller’s Flash.

It’s quite galling to think that the inclusion of Leto’s Joker would make these films connected when the actual Suicide Squad film did that over 4 years ago.

Rumor: Lynda Carter In Negotiations For A Return As Wonder Woman In The Flash