Yet again, Tegan Nox has hit a roadblock as she suffered a big injury to her knee. A torn ACL will keep Nox out of action until the middle of next year.

Also, John Cena spoke about his future role going forward in the wresting business. Even though he has not been on TV, he still plans on competing inside a WWE ring. 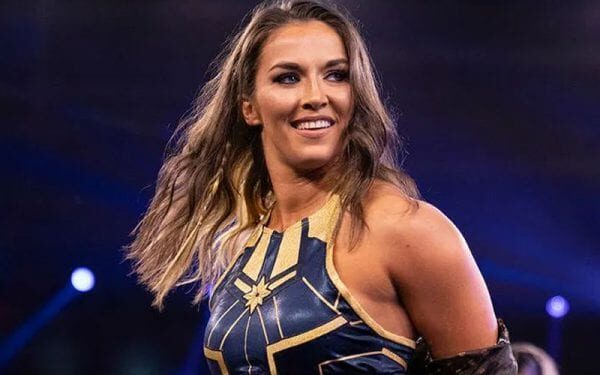 WWE superstar Tegan Nox [1] will be sidelined indefinitely with an injury. Last week, officials wrote Nox off of television with an injury to cover-up her real injury.

The 25-year-old from Bargoed, Wales is out with a torn ACL. Moments before the WWE NXT Battle Royal, Nox was hit by Candice LeRae.

BREAKING NEWS: Following an attack from @CandiceLeRae [2] before the #WWENXT [3] #BattleRoyal [4] last week, @TeganNoxWWE_ [5] has suffered a torn ACL. pic.twitter.com/Io3wJCIwTX [6]

For Nox, she has dealt with injuries throughout her young WWE career.

She was set to be part of the Team Shayna Baszler vs. Team Rhea Ripley match at WarGames, but was forced out with an injury.

Nox would return in January and was involved in a No. 1 contender match for the WWE NXT women’s championship. She was unsuccessful in her attempt to win that bout.

At NXT: The Great American Bash [8], Nox bested Kai, LeRae and Mia Yim to become the No. 1 contender to the title. However, she was unable to top Io Shirai for the title.

If it was not for the injury, Nox could have remained in the title picture. She is one of the top female faces on NXT.

In summary, WWE had major plans for Nox two years ago. Unfortunately, several knee injuries have sidetracked her push.

Cena would become the first in-studio guest of the talk show since the world was hit by the novel coronavirus pandemic.

The former WWE champion was on to promote the release of his upcoming children’s book, Elbow Grease: Fast Friends. Fallon asked Cena about his in-ring career with the WWE during the interview.

“I have a very young audience in WWE, a lot of kids and families,” Cena noted. “And as my in-ring career with WWE is not as active, although not over, I wanted to continue to send messaging to those younger viewers.”

Fast Friends is the third book in the Elbow Grease series from Cena. The series has reached the New York Times best-seller list.

“So many times, parents have told me, ‘Your Never Give Up words have helped my son or daughter,'” Cena said. “That’s why I had to came-up with a children’s book series that is fun, bright and colorful.

“It’s about monster trucks. It’s a fun read, but there are some underlying things about Never Give Up.”

The slogan has long been a staple of Cena’s motto while competing in the WWE. He is a 16-time world champion, but has been off television since facing Bray Wyatt at WrestleMania [15].

In recent years, Cena has taken a smaller role with WWE. He only works a few matches per year, with a few appearances.

Currently, there is no word on when Cena will return to WWE TV. There is always a strong possibly he will be back for WrestleMania 37.

At this stage in his career, Cena is not worried about accomplishing accolades. Instead, he is about helping younger talent get over and give WWE a positive image.

Cena, 43 years old, transitioned from bodybuilding to pro wrestling in 1999. He has since gone on to headline several WrestleMania cards and star in numerous Hollywood feature films including Bumblebee, Blockers and Ferdinand.

In conclusion, do expect Cena to depart WWE anytime soon. He is a lifer, like Triple H and Undertaker.