A scientific study has proven that WWE fans stopped watching the promotion because it simply sucks. The study was published in Variety.

A scientific study executed by YouGov proves why fans stopped watching the WWE. And it seems the reasons are quite different from the WWE’s claims. 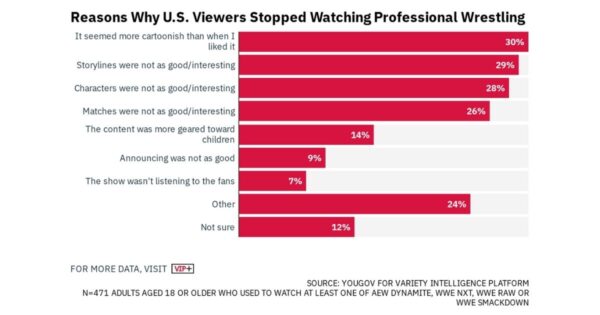 Well-known US magazine Variety published a rather damning article about the WWE. The article was written by Gavin Bridge, who claims to know the answer behind WWE’s failing viewer ratings.

To support his opinion of the WWE, Gavin Bridge quoted a scientific study executed by YouGov that shows why fans stopped watching.

Three answers selected by fans during the study seemed to line up with the claims of wrestling journalists. Uninteresting storylines and characters were some of the reasons cited by fans.

The results were as follows:

Interestingly enough, only 12% of fans answering the survey still watched wrestling. However, the study was divided into three groups to ensure an accurate control group.

1200 adults 18+ were asked what their status is on watching wrestling, and here are the results:

The survey included fans who watch wrestling, those who used to, and those who never watched it. A control group is vital for good scientific research.

In other words, the source used by Variety for its WWE article is sound. WWE should take note  on why it is losing viewers. 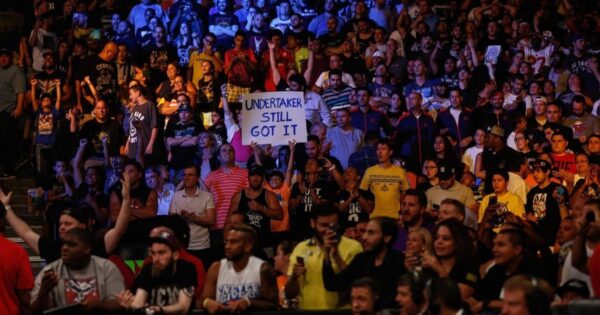 The study is quite interesting. However, there are some variables we need to think about.

Wrestling fans tend to be quite active on social media. They also read a lot of wrestling news.

Therefore, it would not be that unusual for fans to become susceptible to opinions in online articles. Even though it may not happen immediately, it could happen over a longer period of time.

On the other hand, the survey did use control groups. It also included fans who still watch wrestling as well as people who never watched it.

Another potential issue with the study is the “other category.” When you look at the results from the survey, 24% cited “other” as the reason they stopped watching.

Possible other causes for people to stop watching could be a lack of funds. After all, the pandemic has affected the finances of many fans.

Another potential reason could be the drama surrounding the WWE. Needless to say, more investigation is needed.

Ideally, the survey should be followed up by a more in-depth qualitative study. Interviewing fans who stopped watching the promotion could provide some interesting insights.

If such a study does take place, the researchers should include a decent sample. A sample is the collection of people who will participate in the study.

The study should be executed with fans of all socioeconomic backgrounds. It would also be interesting to see how the same survey pans out internationally.

Needless to say, this recent survey left a lot of questions.