Warner Bros. is said to think Vixen and her myriad of spirit animals are ready for the DCEU on the big screen or HBO Max.

Warner Bros. might be considering bringing a female superhero of color into the DC Extended Universe who, like John Stewart, saw her stock go up when she was added to the roster of Justice League Unlimited.

GWW reported in an exclusive WB is eyeing Vixen for a solo movie. “Multiple, separate sources” conveyed to the Geeks “that Warner Bros. is currently developing a new project based on the DC character.” 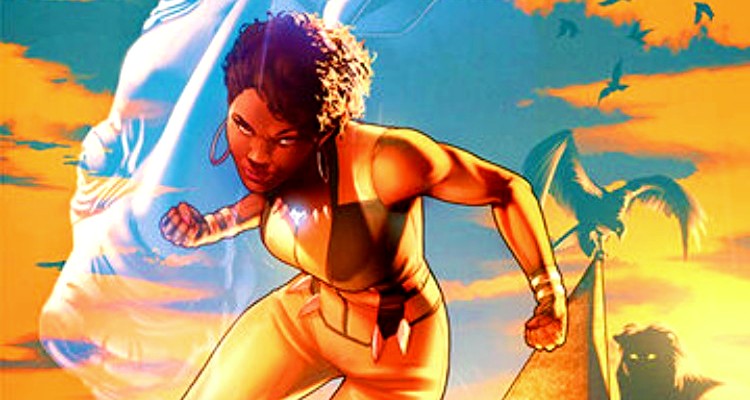 There isn’t much in detailed info since the project is in early development and WB is taking all sorts of pitches, but by the sound of things, they are determined to bring Vixen to the greater attention of the masses.

WB reps didn’t comment but GWW’s sources say the studio wants their answer to Black Panther and think she will have a similar impact. Her stint in CW primetime lead them to believe she’s ready for the big time

Guest appearances in other movies might come first to set her up nicely, similar to T’Challa, with a solo film following. Additionally, a theatrical release is said to be in the cards but they aren’t above putting it on HBO Max.

Vixen (created by Gerry Conway and Bob Oksner) dates back to 1981, around the same time Cyborg was introduced. Real name Mari Jiwe McCabe, she possesses the magical Tantu Totem. The heirloom channels spiritually the animal kingdom, giving the bearer the strength, speed, and abilities of any creature.

Mari was used on JLU and voiced by Firefly actress Gina Torres. Appearances on Arrow followed before she wound up on Legends of Tomorrow. The show actually had a different iteration of the character, her grandmother, played by Maisie Richardson-Sellers.

There was also a Vixen animated series briefly on CW Seed produced by Greg Berlanti, Marc Guggenheim, and Andrew Kreisberg. It lasted 12 episodes.

Related: Jackpot Rumored To Be In Development For Sony’s Spider-Man Film Universe

Several distaffs and C-list DC heroes reportedly have films in development, including Zatanna and the cast of Justice League Dark. They’re announced all the time with nothing coming of it.

Vixen could have the kind of impact WB is hoping for if billed right although that will depend on the marketing and public reception – of her and the new DCEU.

Arrow’s David Ramsey to Return to The CW in ‘Mystery Role’!