Looking Back To WLC: Heartless Tigers Event From 2018

We take a look back at the incredible World Lethwei Championship event WLC: Heartless Tigers from the 2018 season.

After stepping away from the Thuwunna National Indoor Stadium for two events, the World Lethwei Championship returned to the famed arena for WLC: Heartless Tigers back in September 2018.

It also marked the first event in Yangon during the calendar year and featured the return of Lethwei superstar Soe Lin Oo to the promotion.

In the main event, Soe Lin Oo scored a second round knockout over Zhao Wen Wen when he caught him in their welterweight bout. The finish came just 40 seconds into the round as the native fans went home happy in support of one of their local icons. 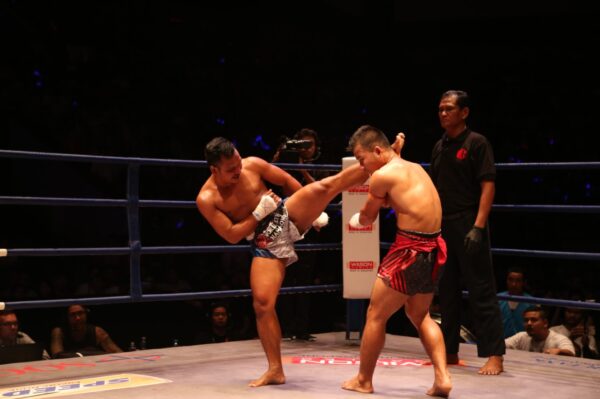 The WLC light welterweight national championship was placed around the waist of Saw Htoo Aung after he knocked out Kyaw Zin Latt in the first round in just under three minutes. The bout featured a meeting of natives of Myanmar.

Another featured bout was held in the welterweight division.

Roeung Sophorn, a Kun Khmer star who came into the event with over 140 wins to his resume, was stunned by Yan Naing Tun.

Tha Pyay Nyo added to the night of thrilling stoppages when he forced the doctor to end his welterweight bout with Sokhrukh Kholmurodov in the third round.

Antonio Faria showed his knockout power when he flattened Nguyen Tang Quyen in the third round, with Pich Mtes Khmang, Pite Htwe and Lethee Moe all earning decisions.

After the first three bouts went to a decision, the final five all ended early by knockout or TKO.

It was a big night for Myanmar-born fighters as they went 6-4 with three of those setbacks coming in matches that pitted natives against natives.

Check out a package of highlights from WLC: Heartless Tigers from 2018 in the video below:

And here is a complete replay of the entire WLC: Heartless Tigers event from 2018. The video includes each bout from start to incredible finish.