Kotaku has claimed that an “underlying current of bigotry” within video games is to blame for the firing of Xbox Brazil host Isadora Basile.

Kotaku has claimed that an “underlying current of bigotry” within video game culture is partially to blame for the abrupt and controversial firing of Xbox Brazil video host Isadora Basile.

[Note: Translations for the Brazilian-language tweets and text used in this article were provided by ResetERA user Haee.]

On October 16th, Basile announced that she was “no longer an Xbox Brasil host” and claimed that she had been let go by Microsoft in an attempt to shield her from further harassment.

“When I announced my new job at Xbox Brasil, I suffered harassment of all kinds, from people saying that I didn’t play x or y and that I wasn’t “worthy” of my job, to rape/death threats and aggression for exposing tense situations,” said Basile. “Thanks to the help of my family, boyfriend and friends, I learned well on how to deal with this, but it didn’t meant that it was not happening anymore.”

Unfortunately, Basile then revealed that “thanks to all these harassments, Microsoft decided that it was for the best sever ties with me as a host so I wouldn’t be more exposed to situations like these that happened.”

“I respect the decision made by Microsoft. My love for them will be the same as always. Thank you,” Basile concluded.

In an interview with major Brazilian video game news outlet The Enemy, Basile stated Xbox Brazil “always talked with me to help with the situation and remain calm,” and noted that even though she “toughened up from reading some stuff, especially on Twitter,” when she “saw something heavy, I sent it to them.”

“It’s a feeling of impotency, right?” asked Basile during the interview. “I opened to the brand with my heart, did more than necessary and I loved my job. I lost my job because people don’t know how to respect each other.”

Related: Kotaku Criticizes Journey to the Savage Planet for Use of ‘Savage’ in Title: “The Word Has a Long History Being Used to Justify Violent Behavior by Colonizers”

In response to Basile’s announcement, Microsoft Brazil released a statement stating that Basile was let go due to “some changes in our strategy regarding content that came originally from Brazil, resulting in less channels (of communication).”

“We thank Isadora Basile and the talented agency crew for their creativity and contribution to Xbox News,” the statement read. “Xbox Wire Portal will be our only news channel from now on. Xbox BR channel will continue to experiment new ways to entertain Brazilian gamers.”

In a separate statement to IGN, Microsoft further clarified that “last week’s programming changes are unrelated” to any harassment directed towards Basile. 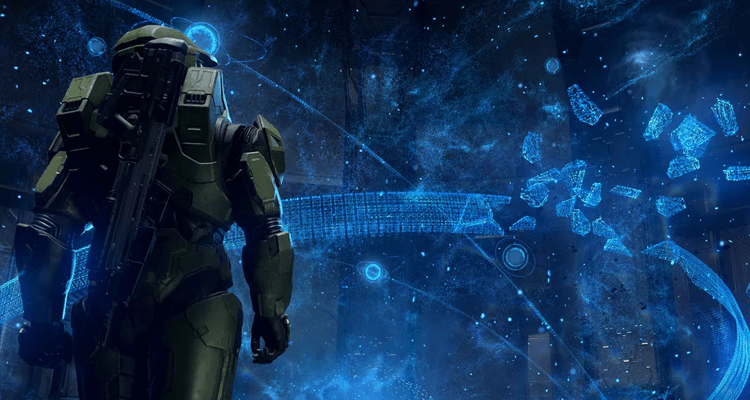 Though the exact reasons for Basile’s termination may never be fully known to the public, Kotaku found the incident came “as no surprise to anyone who spends any amount of time in the gaming community.”

In their coverage of the story, Kotaku hyperbolically claimed that an “underlying current of bigotry that’s existed in the gaming industry and gaming culture for decades has, in the last few years, exploded into a geyser of unrepentant harassment against minorities of all stripes.”

“An outspoken contingent of video game fans grow feral as soon as a woman becomes involved in the hobby, and massive corporations often fail to effectively leverage their positions as leaders in this space to do something about it,” accused the video game news outlet.

According to Kotaku, this alleged bigotry “is a truly global problem” and will “only continue to fester, pushing out every woman, every Black person, everyone who isn’t a cis, heterosexual, white dude if the culture doesn’t fundamentally change.”

Related: Rumor: Job Posting Indicates Injustice 3 and Mortal Kombat 12 are Being Made for Xbox Series X and PS5

Contrary to Kotaku’s accusations, while bigotry and harassment are undoubtedly problems in the world of video game media, for both male and female personalities, these two unsavory qualities are neither the defining trait of nor the common link between members of the gaming community.

Most of the time, when players are outraged or opposed to statements or content, it is not due to the immutable traits of those responsible for the production of the content, but rather the product’s poor quality and lack of respect shown towards consumers.

When Twitch users took issue with the hiring of Steph “FerociouslySteph” Loehr to their safety council, while some took issue with her transgender identity, most were outraged that the streaming giant hired an individual who publicly stated that she believes “a lot of gamers are white supremacists.”

The backlash towards various female World of Warcraft authors, including Madeleine Roux, was not based on their gender, but rather their virulent and racist tweets towards people with white skin.

Despite her accusations to the contrary, former ArenaNet lead game designer Jennifer Scheurle did not receive harassment for simply existing as a woman, instead receiving backlash due to her continually combative rhetoric, such as calling on companies to ignore “demands from our players” and accusing an innocent man of vehicular assault.