Jon Favreau Provides Update On Possible The Mandalorian Spinoffs, Including A Jump To The Big Screen

The Mandalorian showrunner Jon Favreau recently answered whether or not there are any planned spinoffs in the works for the Star Wars show.

The Mandalorian showrunner Jon Favreau recently answered whether or not there are any planned spinoffs in the works for the Star Wars show.

It’s been assumed that Disney and Lucasfilm were already in the process of developing spinoff shows given former Disney CEO Bob Iger’s comments during an investor’s call in February.

He would later state, “So the priority for Star Wars in the short-term is going to be, I’ll call it television for Disney+ and then we will have more to say about development of theatrical soon after that.” 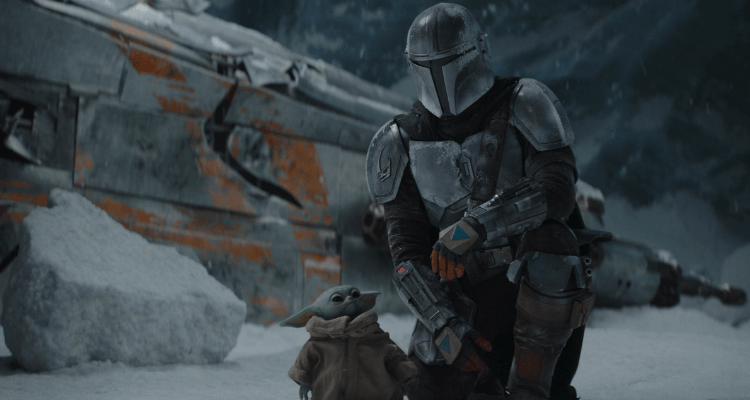 However, Jon Favreau seemed to pump the brakes on the idea in a recent interview with Variety.

Favreau stated, “I love the world of ‘Star Wars’ because, on the one hand, there’s a familiarity with this sub-genre, but there’s also a tremendous amount of flexibility of which way you can go and genres you could explore within that sub-genre.”

“As we’re meeting new characters, and as we’re starting to hit our stride, from a production standpoint with how this technology can be used, we are beginning to explore where we could go,” he added.

He then hinted that there could be spinoffs, “And we could start to expand what we’re doing and our ambitions about what characters we want to follow.”

Favreau then went on to detail how much he learned from how Marvel Studios tells their stories, ““I learned a lot from my experience over at Marvel, where it was very organic, how it would evolve.”

“You’re paying attention to a larger story arcs and characters that could come together, but also smaller stories of individual characters that could go off [on their own thing]. The key here is keep maintaining the quality and never scaling to the point that we’re losing sight of what’s important to us and what people like about the show,” he elaborated.

In fact, he even hinted that The Mandalorian might follow the outlined Marvel Studios model of seeing Disney Plus shows lead into theatrical features.

Favreau stated, “The line is blurring now. Things that you would have only seen in the movie theater, you’re seeing on streaming, and I think it could go the other way as well.”

He then stated that “we’re definitely open to” seeing The Mandalorian make the transition to the big screen “and excited to see where the story leads up and have that flexibility — because there’s no rulebook now.”

Actor Pedro Pascal, who plays Din Djarin aka The Mandalorian, did express his interest in playing the character on the big screen.

He stated, “I think that the work is so beautiful that I would love for that to be held by a big screen experience.”

Pascal added, “But it seems to work so well that also I’m not sure it’s something that I would want corrupted by any kind of change, you know? I mean, I certainly know that the challenge can be met. It’s not like these people don’t have the experience. If anybody can do it, they can!”

What do you make of Favreau’s comments? Do you think they already have shows in development and he’s being coy? Or do you think spinoffs might come following Season 2 and beyond?