A former WWE star states Triple H is boring. He goes even further by saying HHH should have been kicked from Evolution instead of him.

HHH Should Have Been Kicked From Evolution 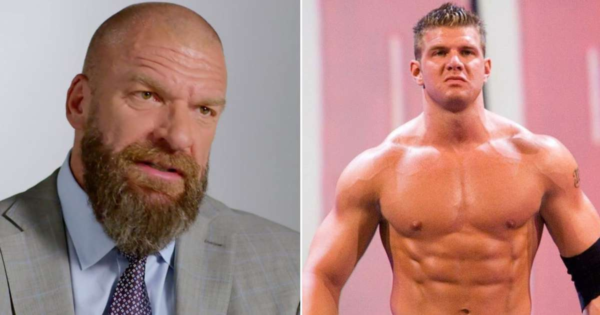 However, it was Mark Jindrak who was kicked from Evolution, not HHH. And it seems the former WWE and WCW star still has some bad feelings.

In a recent interview with Sitting Ringside, Jindrak labelled Triple H as boring. He also recalled how he was booted from the pre-launch of Evolution.

Jindrak was allegedly removed from the group because of his immaturity. It is also alleged that this immaturity also had a bad influence on Randy Orton.

However, Jindrak still holds a grudge. He still blames HHH from booting him from the faction.

“It was not Ric in any way, shape or form. It was Triple and that’s the whole thing.”

Jindrak also claims Triple H kicked him from the group for another reason. He claims it was done to hide Triple H’s boring character.

The statements made by Jindrak are certainly coming from a place of anger. After all, Evolution was one of the biggest factions in history.

Evolution may have looked differently if Jindrak became a part of it. Who knows what it would have led to, but I guess we will never know.

From WWE Star To The Indies 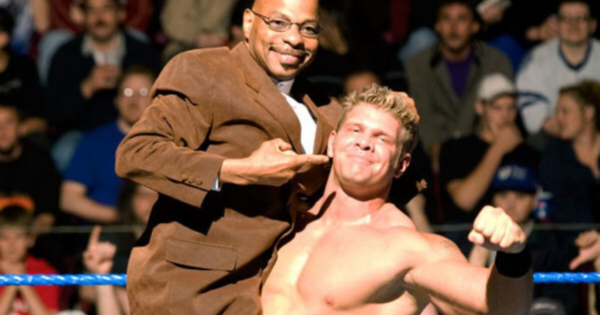 After failing to join Evolution, Jindrak was eventually released by the WWE in 2005. Despite not being able to join the faction, he had some success in the wrestling industry.

Jindrak started his career in WCW. He trained under Paul Orndorff, who wrestled in WWF and WCW.

He remained in WCW until 2001 when the WWE purchased the company. Before the takeover, Jindrak won the WCW World Tag Team Championship.

Upon his arrival in the WWE (WWF), he was part of the Alliance. This was the faction that invaded the WWF roster at the time.

Despite being a member of numerous stables, Jindrak never truly broke through in the WWE. After ending up on the low card, he was released in 2005.

One could argue his career only began after he left the WWE. In 2006, he started working NJPW and Consejo Mundial de Lucha Libre.

From 2009 to 2010, Jindrak worked for AAA and Perros de Mal. Two years later, he wrestled for Lucha Libre USA.

Jindrak has not wrestled since 2018 and his television and movie appearances stopped in 2017. It is now assumed that Jindrak has retired from pro wrestling.

Interestingly, Jindrak was also one of the wrestlers named on the WWE lawsuit in 2016. This lawsuit claimed the WWE hid the risk of injury, causing numerous wrestlers to suffer traumatic brain injuries.

The case was eventually dismissed. And while Jindrak appeared in the Ruthless Aggression series afterwards, he never returned to WWE as an active wrestler.

So, take the statements made by Jindrak with a grain of salt. Of course, it does provide a different insight in the Evolution stable.