Gal Gadot is facing an intense amount of backlash to the announcement that she has been cast as the historical Cleopatra in an upcoming film.

Wonder Woman 1984 star Gal Gadot is facing an intense amount of backlash to the recent announcement that she has been cast as the historical Cleopatra in an upcoming biopic, particularly from critics who take issue with her Isareli descent.

On October 11th, Deadline broke the news that Gadot and Wonder Woman 1984 director Patty Jenkins would be as actor and director on an upcoming Cleopatra “period biographical drama” scripted by Altered Carbon and Alita: Battle Angel screenwriter Laeta Kalogridis.

The film will be produced by “Atlas Entertainment’s Charles Roven, Jenkins, Gadot and her Pilot Wave Motion Pictures partner Jaron Varsano,” with Kalogridis serving as the executive producer. 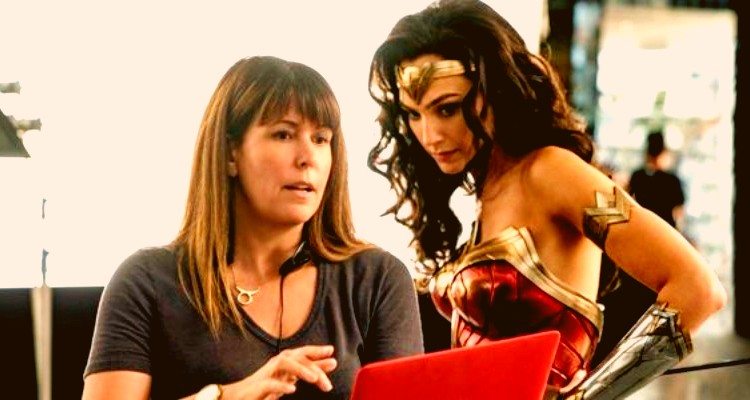 Cleopatra, of course, was the last ruler of the Ptolemaic Kingdom in Egypt until it became a Roman province following her death in 30 BC.

Despite her kingdom being located in Egypt, Cleopatra herself is believed to have been a Macedonian Greek, even having been established to the Ptolemaic throne due to her descendance from the founder of the Ptolemaic dynasty, Ptolemy I Soter and speaking Koine Greek as her native language.

According to Wikimedia, “a posthumous painted portrait of Cleopatra VII of Ptolemaic Egypt from Roman Herculaneum, made during the 1st century AD, i.e. before the destruction of Herculaneum by the volcanic eruption of Mount Vesuvius,” is located in the National Archaelogical Museum of Naples.

Susan Walker and Peter Higgs discussed the painting in their book Cleopatra of Egypt: From History to Myth and indicate that it is likely a depiction of Cleopatra VII.

They write, “Over the brow a large tuft of hair is painted, rather like the nodus found on portraits of women of the later 1st century BC, and perhaps originally on the marble portraits of Cleopatra from Berlin…and the Vatican…”

“The large eye (a late Ptolemaic feature), long nose, and full lips are also comparable to the features of Cleopatra as seen on her marble portraits and some of her coins. The effect is somewhat more idealized than, for instance, the Antioch coin portraits, but there are similarities,” they add.

Yet, to the surprise of virtually no one, these historical facts did not matter to the outrage mobs on social media as they took to harassing and criticizing Gadot for being cast in the role.

“Which Hollywood dumbass thought it would be a good idea to cast an Israeli actress as Cleopatra (a very bland looking one) instead of a stunning Arab actress,” asked journalist Sameera Khan. “Shame on you, Gal Gadot. Your country steals Arab land & you’re stealing their movie roles.”

Author Morgan Jenkins shared her opinion that she “would love a Cleopatra who’s darker than a brown paper bag, because that seems a bit more historically accurate.”

User @Sarah_Ahmed989 declared that “this is a new low for Hollywood”, as she believed “not one person thought of making an effort for looking for an Egyptian actress after all the f***ing up representing Ancient Egyptians.”

“The level of disrespect is unbelievable,” stated user @ddvniii, who took specific issue with Gadot being Isareli, and threatened that her casing “is not going to end well.”

@Goodvibezonlee summed up the argument’s of Gadot’s critics succinctly, as they demanded that the film “stop whitewashing history and give this role to a deserving woman of color!”

Other users would be more direct and vitriolic in their criticisms, with many leveling racist insults against Gadot due to her Israeli heritage.

@YazzyH1 claimed that “they wanna white wash everything so bad” and referred to Gadot as “Israeli trash.”

User @sabilaetoile retweeted Gadot’s announcement of her casting simply to tell the actress that she was “a Zionist monster b****.”

“I seriously hope you suffer in this life and the next” wished user @SisyphusTired_ upon Gadot.

User @NicholasDGHikes wrote, “if you’re a zionist deadass get the f*** away from me. i’m the most jewish person i know and i’ve never been roped into the ‘Israel is our homeland uwu’ bullshit ass narrative.”

They added, “anyway i have to get back to work but f*** zionists, f*** Gal Gadot, and put some respect on Cleopatra.”

What do you make of Gadot’s casting as Cleopatra? What’s your opinion on the amount of vitriol she has received? Let us know your thoughts on social media or in the comments down below!