As this is being written, a rematch between Conor McGregor [1] and Dustin Poirier has yet to be announced, officially. But, it certainly looks like McGregor and his team are certain the scrap is going down on January 23rd… 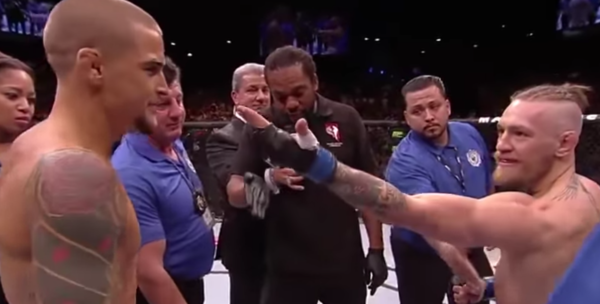 McGregor shares out a poster for the rematch

Talk about McGregor and Poirier spiked all over again a couple of weeks ago, when McGregor challenged “The Diamond” to a charity match in Ireland. Poirier said he was down for the opportunity, but not long after, Dana White reported the UFC had sent official offers to the fighters for the bout.

That prompted McGregor to say he’d only take the fight if it happened in 2020. But, after White relayed the UFC was sticking with a January 23rd date, McGregor announced he’s on board. [2]

Since then, the Irish star and former UFC champ shared out the poster below. 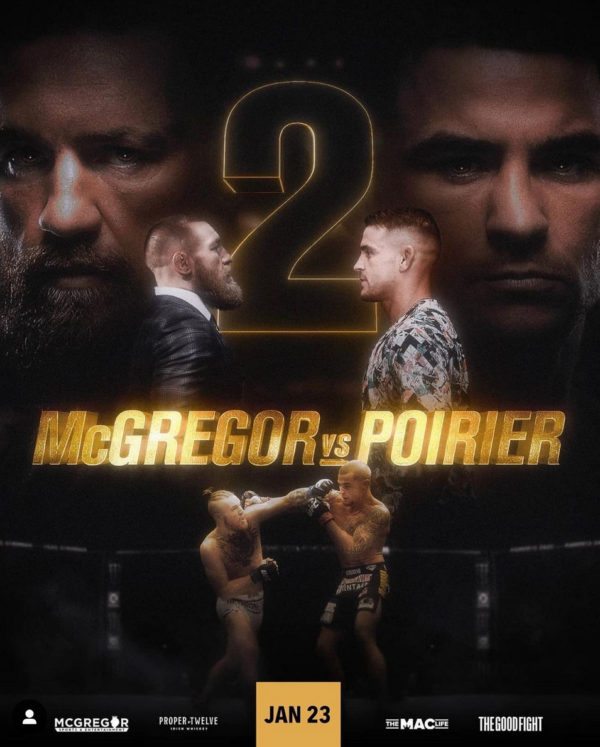 Another dusting for Dustin, incoming. #McGregorSportsandEntertainment [3]

Now, if you look closely, you’ll see there’s no UFC logo on he poster, while McGregor’s various companies as well as The Good Fighter charity are.

Does this mean the fight’s a done deal?

When you’re dealing with a huge star like McGregor, finalizing a fight probably isn’t easy. So, there could be some negotiations still going on.

McGregor has said he wants the fight to take place at Cowboy Stadium for example.

But, this is certainly another reason to feel confident we’re going to see McGregor – Poirier 2 in the not too distant future.

In their first bout, back in 2014, McGregor won the fight via first-round stoppage.