Prolific Batman writer and the creator of Bane Chuck Dixon recently revealed that Marvel Comics rejected his pitch for an anti-communist Captain America.

Dixon revealed that both he and his Bane co-creator Graham Nolan made the pitch in his latest Ask Chuck Dixon video on YouTube.

Dixon’s revelation came in response to a comment from Vince Capley who wrote the author, “The original Captain America Comics, Bucky (pre-silver age) lived. He was shot (wounded) and written out of the books to add a female partner for Cap. Never did care for the re-write of the Golden Age events of Captain America at Marvel in the 60s/70s.”

Dixon responded, “I like Captain America. He made a big impact on me when he suddenly popped up in the Avengers unannounced because everything in comics back then was unannounced until you got to the newsstand and saw the next issue. They didn’t even hint this was coming. Big secret kept by Marvel from comic book readers everywhere.”

“I like especially this short run in the ’70s. Gil Kane and John Romita were on the book. There were some awesome S.H.I.E.L.D. based stories with Red Skull and stuff like that,” he added. 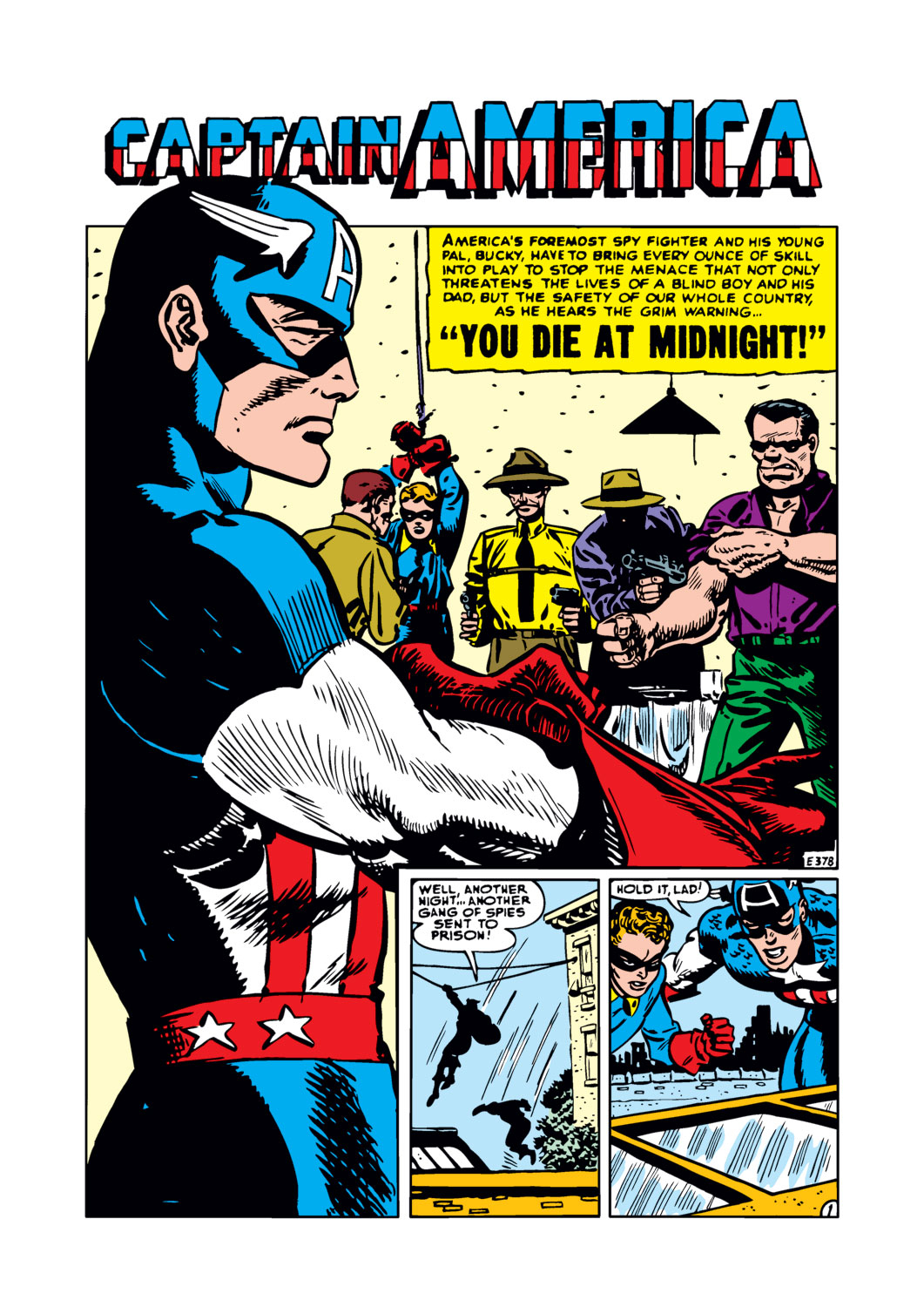 Dixon then went on to lament how Marvel portrayed 50s Captain America. He explained, “I’ve always been disappointed in how they treat 50s Cap. And you know 50s Cap went from fighting Nazis to fighting commies. He made a pretty easy transition there, battling our former Soviet allies, keeping them out of the United States, crushing their conspiracies to end our democracy, all that kind of thing.”

“These are also by John Romita coincidentally and I kind of like this portrayal. Marvel stopped publishing superheroes for a few years and brought Cap, and Human Torch, and Sub-Mariner back, and some terrific comics for a very short run. Their return to superheroes kind of failed with readers because at the time, crime and horror comics, and romance comics ruled the day. So Marvel abandoned its superhero plans until Stan resurrected them again in the early 60s. Anyway in this run, he’s Cap. He’s fighting commies,” Dixon stated.

Dixon continued, “But when they returned in the 70s to this storyline to kind of try to explain why there was a Cap in the 50s even though the Cap that we knew, the rebooted Cap we knew was on ice, literally, after escaping the Nazis and Bucky dying and all that stuff. So where did this Captain America and new Bucky suddenly come from?

“They wrote a story in which this guy was a mouth-breathing, right wing caricature. Sort of a stand in, an allegory for Joe McCarthy in the House on Un-American Activities. And as usual the stories were written without doing any actual research into the communist scare period, the red scare period. And the 1950s Cap is portrayed as a villain. I’ve always thought that was wrong,” Dixon added.

He then went on to provide a brief history lesson detailing that the Soviets did indeed try to undermine the United States of America, “And as we know from the Venona Papers, it was really wrong. Because there really were communists here in the United States trying to overthrow our government, seeding sedition. Hollywood types and people in academia, and even people in our government who held actual military rank in the NKVD in the Soviet Union. They weren’t just sympathizers or informers. They were actual spies in the pay of the Kremlin. And all that really happened.”

“So 50s Cap was right as we know now from papers handed over after the fall of the U.S.S.R. In the interest transparency, the United States government was allowed access, and the United States media, the whole world media was allowed access to KGB and NKVD papers proving that many of the things that people were told were just crazy conspiracy, looking for communists under the rug kind of things, actually were true,” Dixon stated.

Dixon then detailed he and Graham Nolan pitched a Captain America miniseries exploring the character in the 50s.

He explained, “Graham Nolan and I in the wake of the Venona Papers proposed doing a miniseries that would explore this period of the Cap 2.0 in the 50s and basically redeem his character from the 70s portrayal. And I think you can guess how far that pitch went.”

Would you be interested in seeing Chuck Dixon and Graham Nolan tackle Captain America as he takes on the communists?