One of the oldest superheroes, and oldest female ones, in Ma Hunkel, The Red Tornado, is in for an overhaul in Black Adam.

Ma Hunkel, the original Red Tornado and one of the first superheroes in the Golden Age, is slated for Black Adam as one of the legacy members of the Justice Society of America; but expect a twist for the benefit of representation.

A report by The Illuminerdi says Hunkel is getting reimagined as transgender to inject diversity into the DC Extended Universe and make DC’s first trans hero for the big screen.

The Illuminerdi claims “Hunkel is actually set to take part in the upcoming Black Adam” with the addendum she “will be reinvented as transgender” (emphasis through italics carried over).

They add this is likely a nod to her “cross-dressing past” – only DC and Warner Bros. are leaning in to “embrace that element.” Fighting crime as Red Tornado, Hunkel impersonated a man.

It’s not clear if the filmmakers are making Hunkel a trans-man or trans-woman but probably the former. Being the grandmother of new-JSA-recruit Cyclone, that may help them figure out the exact angle. 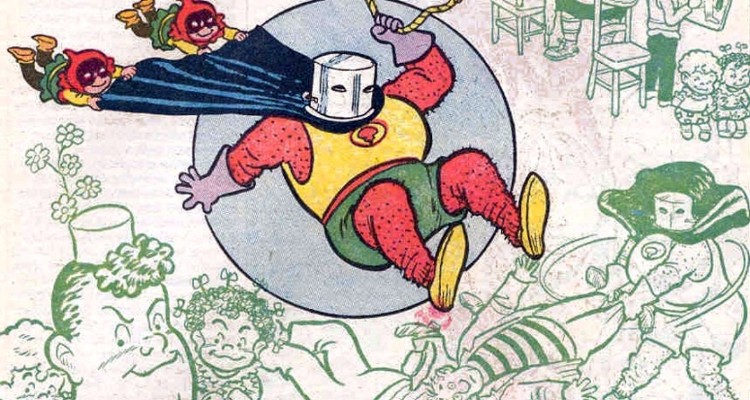 Hunkel was created in 1939 by Sheldon Mayer, first appearing in the pages of All-American Comics #3 – the same comic that introduced the JSA. Pretending to be a man, she fought crime in New York with brute strength and no sign of the whirlwind powers that later became the trademark of Red Tornado.

Between her clumsiness, gimmicky outfit topped off by a steel stockpot, and kid sidekicks (Sisty and Dinky), she was a parody more than anything. Hunkel was successful anyway, becoming a popular hero of the era.

Retired and elderly, she resurfaced as the caretaker of the JSA Manhattan Museum/HQ for the 2004 team. She’ll serve a similar function in Black Adam. According to a character breakdown obtained by Illuminerdi, Hunkel is going to be the caretaker of the Hawkman museum and what sounds like an Alfred type to Carter Hall.

Ma Hunkel was groundbreaking as an early example of a female superhero. DC/Warner wants her to remain trendsetting, even if it is in a different way.

What do you think? Any thoughts on this interpretation of Hunkel allegedly getting featured in Black Adam? Comment below.

Rumor: Tim Drake Will be Black, Not Asian, In Titans