MMA Fighter Daniel Cormier has his eye on a commentator role in the WWE. As contract negiations continue, this is interesting news!

During an interview with Sports Illustrated, Daniel Cormier admitted he had been talking to the WWE. It seems that the UFC Fighter is interested in a commentator role in the WWE. 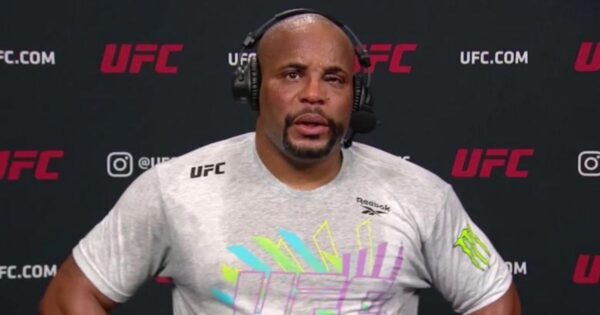 If Daniel Cormier gets his way, he may end up in the WWE as a commentator. During his recent interview, Cormier admitted negotiation with the WWE are ongoing.

“We’ve spoken to some of the people over there in very, very early conversations. WWE is a company I’ve watched and loved my entire life.”

So, it would seem the WWE has some interest in the fighter. Of course, his exact role within the company remains to be seen.

But where Cormier is concerned, the WWE negotiations should lead to a commentator role. In fact, he is asking the company to let him provide commentary for six months.

And while Daniel Cormier does not rule out an in-ring career, his attention is definitely in the commentator booth.

While there are some similarities between pro wrestling and MMA, the business is quite different at its core. It is therefore not sure that Cormier could hack it as a WWE commentator, as there would be a learning curve.

That being said, Cormier is a big personality and could be a welcome an addition to the World Wrestling Entertainment brand. And Cormier had a successful UFC career, so he certainly has a good drive and work ethic.

For now, the negotiations are ongoing, so there is little news about Cormier joining the company at this point. Of course, this has not stopped fans from speculating about the former UFC fighter. 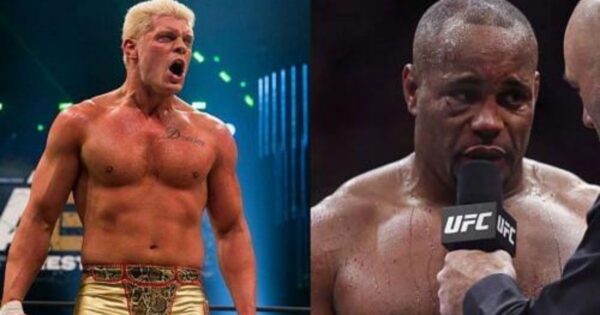 Since AEW is the WWE’s main competition, the question was asked if Daniel Cormier would consider a career there. After all, he had a rather storied feud with the Young Bucks and Cody Rhodes.

It's not pathetic. The paying audience enjoyed it. UFC is thriving, and pro-wrestling has been going strong since 1920…besides most of y'all ask hunter for a job when the wheels fall off anyway and most are on the comp list at staples…so lay the fuck off. https://t.co/oqKto3a4TK

A few years ago, Cormier commented on indie pro wrestling, enticing a reaction from Cody Rhodes among others. However, Cormier went back on those statements.

“I haven’t really watched AEW as much, but I’m sure they’re doing fantastic things over there,” Cormier says. “I had this whole thing with Cody Rhodes and the Young Bucks a few years ago that wasn’t the best, but that’s water under the bridge. I’m happy that those guys are doing well.

So, all things considered, it seems Cody Rhodes called it a couple of a years ago in his tweet. Now that his MMA career is behind him, he went to WWE for a job.

While it is all a bit ironic, the end of his MMA career could have humbled Cormier to a certain extent. Nevertheless, the disrespect for the wrestling business in 2017 would not go down well with AEW fans.

WWE fans might be less upset about Cormier’s previous statements, but that remains to be seen. However, Cormier does make it clear he has little knowledge about AEW.

In conclusion, a move for Cormier to AEW is extremely unlikely at this point. Maybe that is for the best, as I don’t see AEW fans being as welcoming to Cormier.