SmackDown In A Nutshell: ThunderDome Belongs To The Big Dog

It's another SmackDown In A Nutshell, and this week ThunderDome belongs to the Big Dog, as in new Universal Champ Roman Reigns.

It’s the end of another wrestling week, and as always we wrap it up with another SmackDown In A Nutshell. This week, ThunderDome belongs to the Big Dog.

That, of course, is because Roman Reigns unsurprisingly reclaimed the Universal Championship at Payback.

It’s a big holiday weekend as we cruise into September. Kids are going back to school soon, and the summer is almost over.

Things are staying hot in ThunderDome, of course. Clash of Champions comes at us in a few weeks, so you can bet we can start looking forward to that.

Heading into the show, the big hook belongs to the new champion Roman Reigns. ThunderDome belongs to the Big Dog now, thanks to his victory on Sunday.

Perhaps we get some more questions answered about how Reigns and new advocate Paul Heyman came together (I mean, we know why…but they haven’t told us why…).

So, without any more delays… 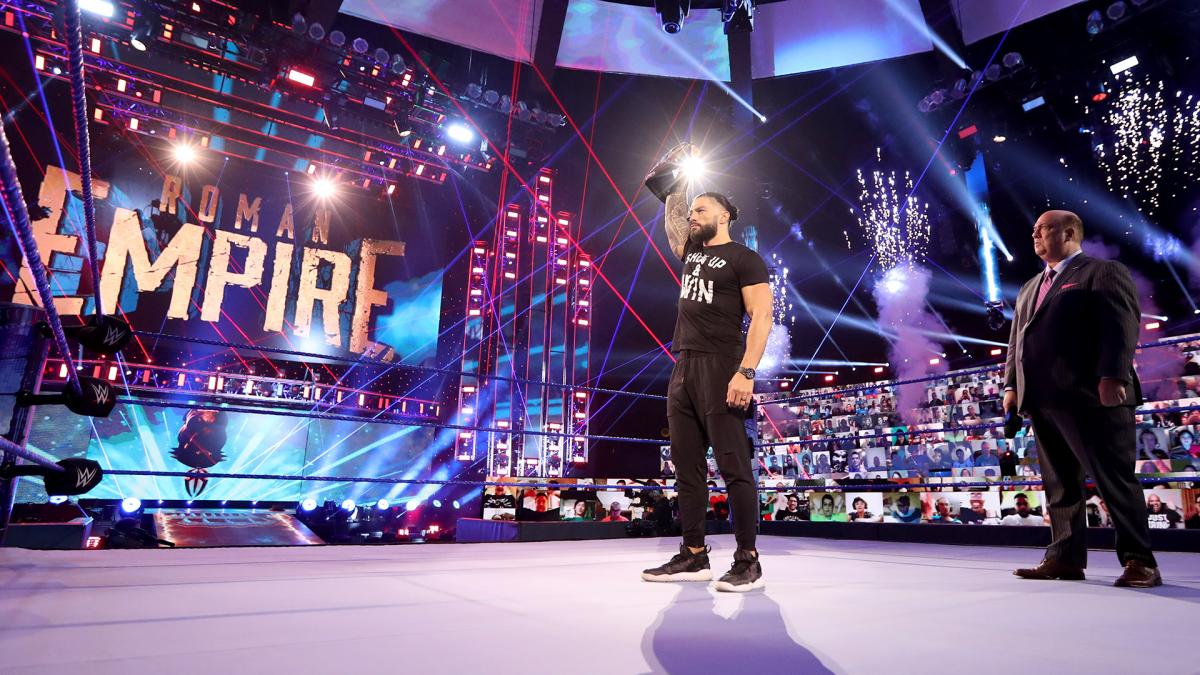 The fatal four way takes the prize here. Partly because there weren’t many other options…but mostly because it was a really strong television main event.

I will say, watching it unfold I wasn’t quite sure who would be the winner. I figured a babyface would get it, but it seems too soon for Riddle, and Jey Uso being a cousin seemed an odd choice.

Had WWE not had Sheamus attack Big E earlier in the show, I’d have said there was an outside chance they opt to slowly turn the Celtic Warrior…but that would be silly.

In the end, the opponent of choice is still a bit of a surprise, but given we can expect Reigns to be champion for a while, giving him a lesser challenger makes sense.

Absolutely BRILLIANT use of Jey Uso. This will solidify Reigns’ heel status in a major way #SmackDown

Meaning no disrespect to Jey Uso…but I don’t believe he’s ever had another Universal Title shot…and it’s not exactly easy to see him as a legit threat. 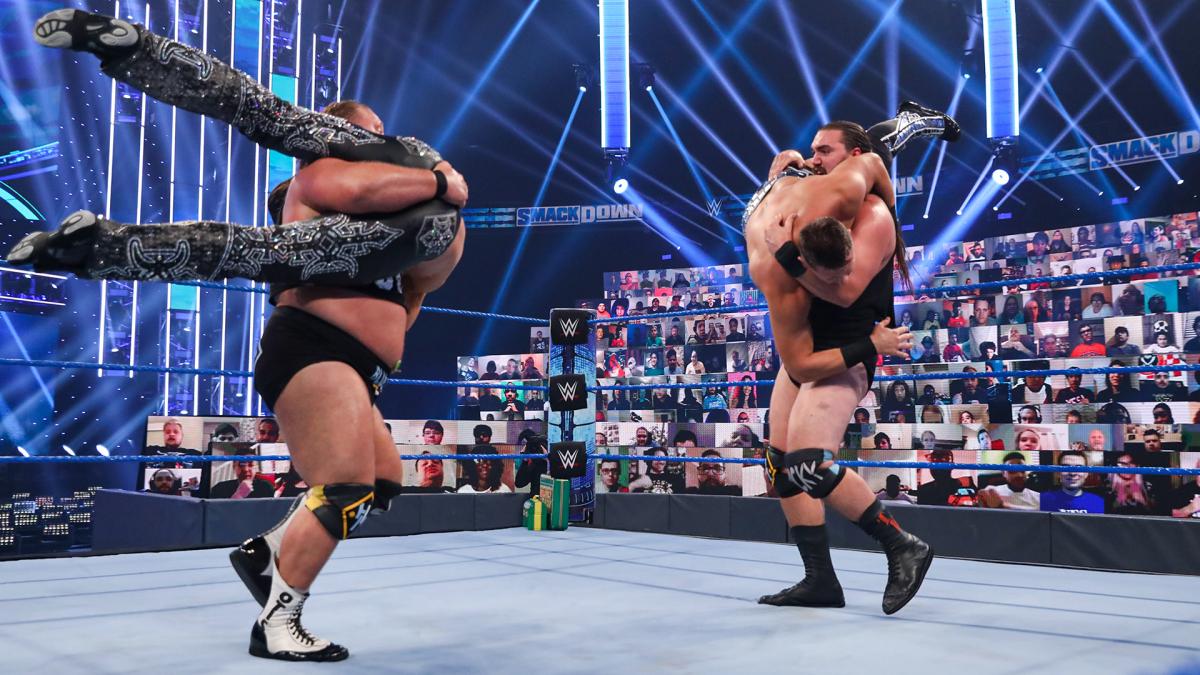 Heavy Machinery and Miz and Morrison. The interesting thing here involved the “theft” of the Money In The Bank briefcase…but  otherwise this kinda just reminds us that Otis has the briefcase, and I can’t imagine him cashing in successfully on Reigns anytime soon.

Roman Reigns and Paul Heyman, for a heck of an opening promo. More Heyman talking (but that is why we like Heyman, he’s good on the mic), but that was a defining heel promo. 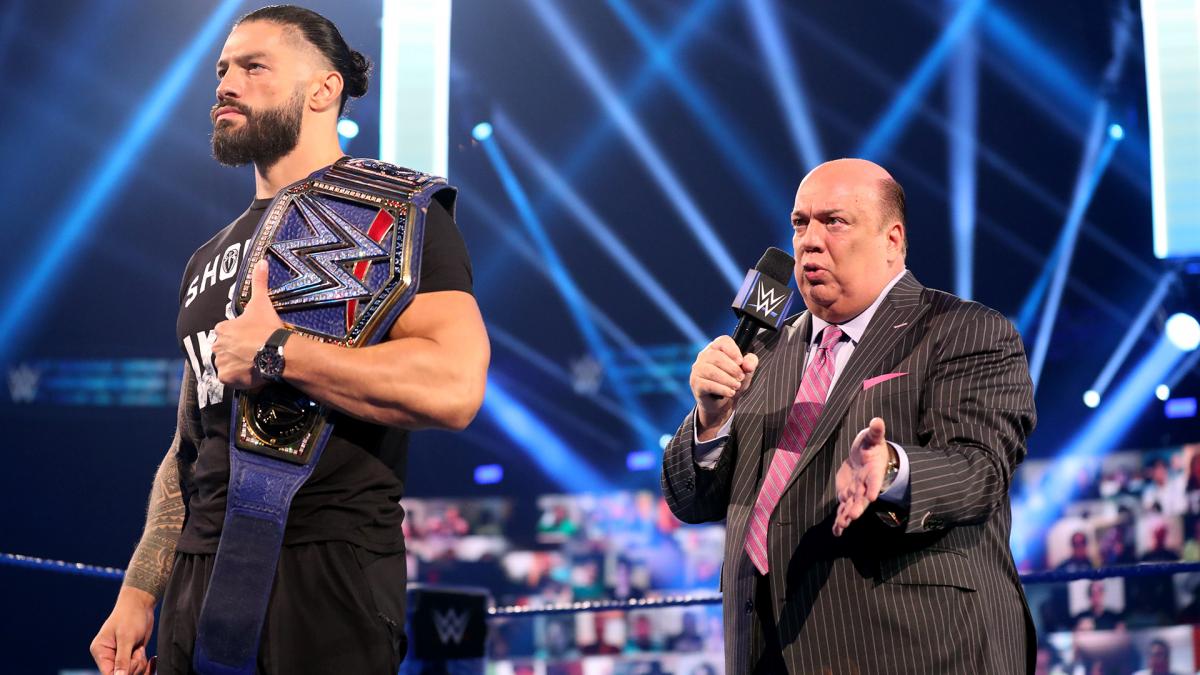 Kinda makes you wonder why WWE didn’t turn him back heel sooner.

“Ladies and gentlemen, my name is Paul Heyman, and I serve as special counsel to … your reigning, defending, undisputed #UniversalChampion @WWERomanReigns.”

Well, there you have it, straight from @HeymanHustle. #SmackDown pic.twitter.com/N2SezBV3oE

Also have to give a nod to Jey Uso…number one contender, big congrats.

More like sequences, and I have a couple (three, actually).

First, we finally got the breakup of Bayley and Sasha. Bayley obliterated The Legit Boss after the pair lost their rematch.

Second, Big E got decimated by Sheamus in the parking lot, with an assist to a poor car.

Third, the ending of the main event. Spot fest, as we expect from these four way matches.

Nice sequence though, with Riddle hitting a lot of his offense, but eating a splash from Uso after he hit his own Floating Bro.

Sasha sure took a beating…I’d say she did the job tonight.

Could steal a page off my spots and go with three here too.

One, holy crap we finally got the long-awaited Bayley-Sasha split.

Three, surprised that WWE not only inserted Jey Uso into the main event…but that they had him win too. 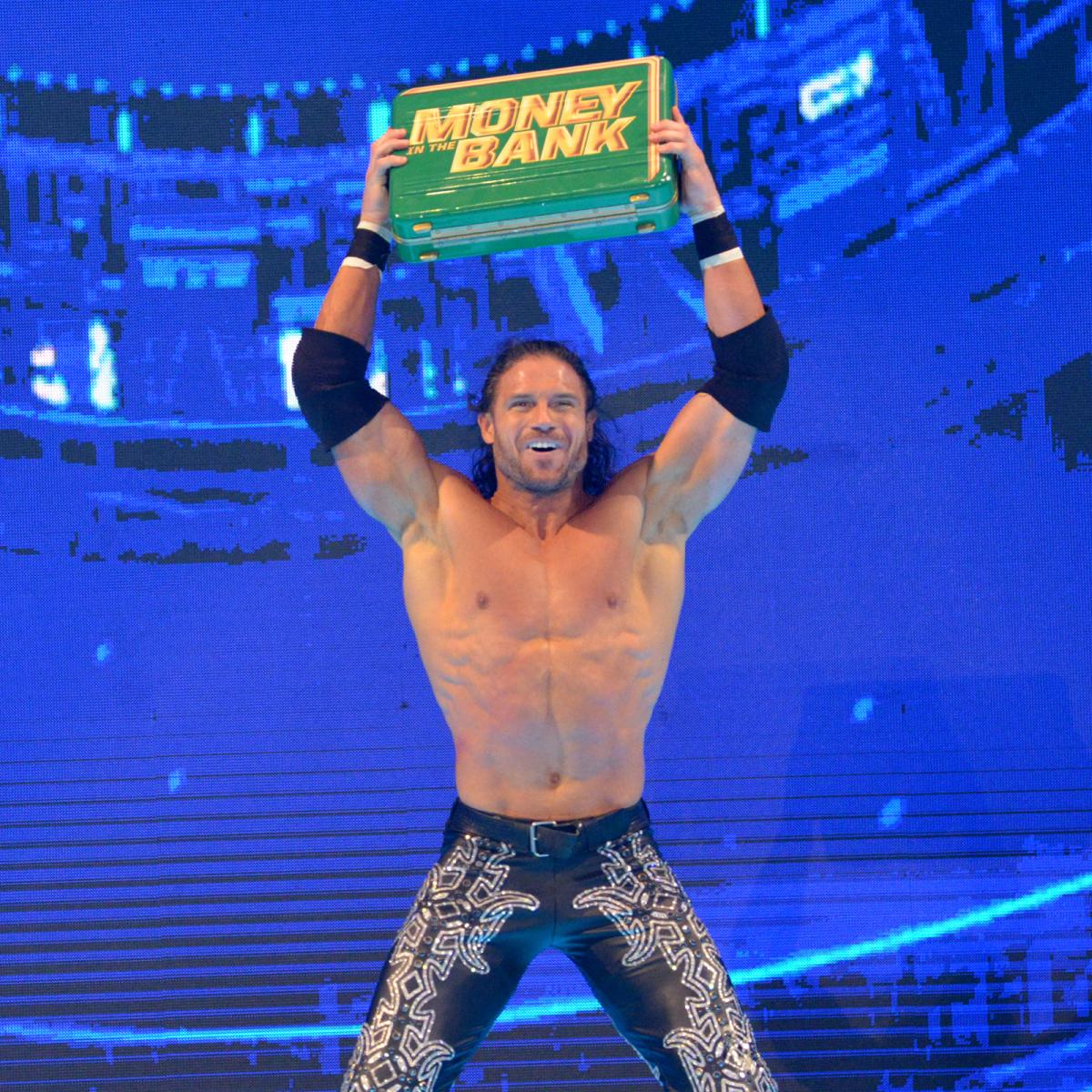 There were a couple interesting things tonight.

I’ve highlighted most, but I am going in another direction for this one.

When Reigns went heel with Heyman, I was one of many wondering if Heyman might give us a whole heel stable. One thought was if we could see Jimmy and Jey side with Reigns.

Now, either WWE is going to have Uso lay down for Reigns at Clash…or we have an interesting match in a few weeks.

Minor, and I could have brought this up for Payback…but one thing that bugged me about Reigns (going back to when The Shield broke up) was that he kept the old music.

With him now heel, and having been off for many months…WWE missed a golden opportunity to crank out a new theme.

Stop me if you’ve heard these before…

Bayley showed off a really mean heel streak, and gave us a new top babyface in the process.

As much as perhaps it seems odd, we are at least getting a fresh matchup with Roman Reigns fighting Jey Uso at Clash.

Lost in all that other stuff, I’d be bad if I didn’t say I am curious to see who The Fiend’s new friend is next week. Assuming it’s a puppet to honor Reigns or Heyman at this point.

Otherwise, this seemed to be a strong show from start to finish. It was kind of light on matches…but heavy on content.

At the end of it, felt like a satisfying show and we’ve got lots of things brewing for Clash and beyond.