Noah Hawley recently provided an update claiming his Star Trek film is not dead and gave some details on what the film is about.

The state of Star Trek on the movie side is murky at best. Plans were being greenlit and then cancelled or at least paused just as fast including projects from Quentin Tarantino and Fargo’s Noah Hawley.

Hawley did recently provide an update on his film, which has been put on hold at Paramount, and what it might look like in a recent interview with Variety.

Variety’s Daniel Holloway explains the film was put on hold following the merger between Viacom and CBS and the company’s new president Emma Watts looking over the company’s content plans and strategy.

Holloway also notes that the project, that has a finished script, was put on hold just as Hawley had “begun hiring designers.”

While the film is on hold, Holloway does emphasize that Hawley tells him “his ‘Star Trek’ treatment is still alive, just in stasis.”

Hawley also revealed some details on his film, implying that the it will feature a new crew.

He explained, “We’re not doing Kirk and we’re not doing Picard. It’s a start from scratch that then allows us to do what we did with Fargo, where for the first three hours you go, ‘Oh, it really has nothing to do with the movie,’ and then you find the money. So you reward the audience with a thing that they love.” 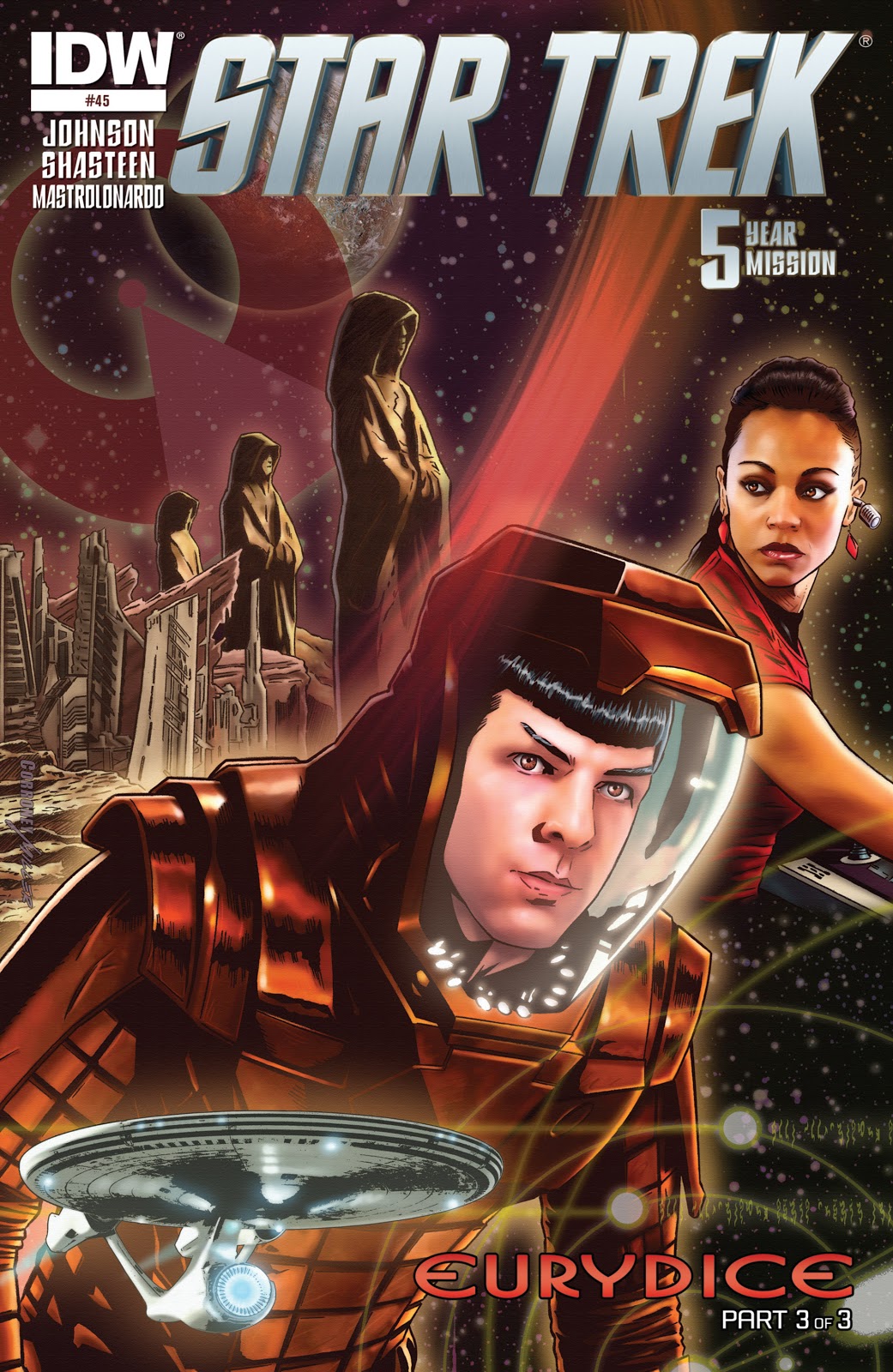 Back in January, Hawley previously implied that his film would note feature the most recent film cast that included Chris Pine as Kirk and Zachary Quinto as Spock. Hawley told Deadline, “I have my own take on Star Trek.”

He also detailed what he loves about Star Trek, “Going back to what I loved about the series Next Generation, when a lot of franchises focus on ‘might makes right’, Star Trek is about exploration and humanity at its best, and diversity and creative problem solving.”

Hawley continued, “There’s nothing better than that moment when William Shatner puts on his reading glasses and lowers Khan’s shields. It doesn’t cost anything. But it’s that triumphant feeling about smarting your enemy. For me it’s about to getting to those elements of the show. I don’t necessarily find action in and of itself interesting unless it’s story.”

In January, he also indicated that he had not yet finished the script saying, “So, it’s early days, I’m still talking with Paramount and I have a take and I gotta write a script.”

In February, a rumor surfaced on 4Chan that Hawley’s Star Trek film had been rejected. That rumor claimed that the film was rejected because Paramount deemed the project “too Trekky.”

That same rumor also claimed that “Paramount officials were also reportedly enraged it shared a lot of similarities to The Orville which they see as an inferior competitor that nonetheless is eating up their market share.”

The rumor also detailed that the film was not set in Abrams’ Bad Robot timeline with Pine as Kirk, but in the canonical 1966 to 2005 era with a mostly new cast.

In August, Variety’s Dave McNary reported, “Paramount Pictures has decided to pause on making another “Star Trek” movie, nine months after hiring “Fargo” and “Legion” creator Noah Hawley to write and direct the next installment of franchise.”

McNary added, “Sources indicated that Watts has put the brakes on the Hawley project in order to get more clarity on how to handle the next “Star Trek” movie, but added that the project has not been ditched.”

No one really knows why Paramount just seems to be sitting on this project by Hawley.

It’s speculation, but this could likely be due diligence in a last ditch effort to keep the Chris Pine led movies going and do a fourth film with that group instead.

With fans having developed a familiarity with that crew through three movies, it stands to reason that if things can be worked out with Chris Pine, Chris Hemsworth, and the rest of the cast, they would go with the latter.

Star Trek 4 originally planned for Hemsworth to reprise his role as George Kirk and team up with Pine’s Jim Kirk in some way. However, that film never got off the ground with Pine and Hemsworth reportedly walking away from the project over a dispute in payment.

For now, it is on Paramount to figure it all out and how they’ll move forward.

What do you want to see from a Star Trek movie? Share your thoughts with us below.