New The Batman Theory Speculates the Riddler is an Anti-Hero Fighting Corruption in Gotham City!

The Batman's real hero, or anti-hero Gotham needs but doesn't deserve, is hiding in plain sight and it's actually The Riddler.

Fans who have seen The Batman’s first trailer have come to believe that the film’s principle villain, the Riddler, will be depicted as the murderous, puzzle-obsessed madman that he has been throughout DC canon.

However, a new theory suggests that this may only be a surface-level act.

Given that little is known about The Batman’s plot, it’s no surprise that eager fans would engage in some earnest armchair theorizing.

A new theory from Screen Rant posits that the Riddler, played by Paul Dano, is not actually a villain, but an an anti-hero with the same self-appointed mission as Bruce Wayne – to cleanse Gotham City of its corruption.

That may sound strange at first glance, as Screen Rant does admits that “common wisdom would dictate that as the main villain, Riddler would be beyond redemption in The Batman – a sadistic serial killer who gets off on proving himself smarter than Gotham’s law enforcement.”

They further suggest that the act of “calmly covering a man’s head and face with Duct Tape in The Batman‘s trailer certainly seems to support that theory.”

Edward Nygma’s raison d’etre is usually depicted as a desire to use his intellect to prove his superiority over others, including the Dark Knight.

But, if the trailer taught fans anything, it’s that Matt Reeves’ ‘Year Two’-take ain’t your daddy’s Caped Crusader, and as such Screen Rant expects that a swerve is coming.

They speculate that the Riddler may be fighting the same forces Batman is, though he is more willing to use any means necessary to accomplish that goal – including killing.

After all, it’s clear from his questioning of Bruce’s sense of justice and his reference to a “blind eye” that Edward is striving to expose something.

What is he looking to expose? Nothing less than the existence of the Court of Owls, whom a separate theory speculates are working behind-the-scenes to to foment corruption in Reeves’ Gotham.

Screen Rant further theorizes that the Court would have a special connection to the Wayne family that would be discovered by the Riddler.

Related: Theory: The Batman Could Very Well Introduce The Court of Owls

However, whether the veil on the shadowy group and their Talons, both literal and figurative, will be lifted in The Batman or a potential sequel remains to be seen.

YouTube channel The Film Theorists dovetails Screen Rant’s hypothesis with the idea that Nygma is a former Talon who was washed out and is now looking for payback:

Related — The Batman: Fans Claim To Solve Riddler’s Riddle in the Trailer

While interesting, it begs the question of why the Riddler doesn’t just find Batman or knock on Bruce’s door – assuming he knows his true identity and family connection to the Court – and tell him everything he knows about the Owls and their corruption of Gotham?

Related: Andy Serkis Confirms The Batman is “Darker, Broodier” Than Prior Films and Possibly Verifies a Big Rumor

Like The Joker in The Dark Knight, The Prince of Puzzles could be aiming to mentally break his opponent, with his crimes designed to chip away at Batman’s moral compass and make him question his the morality of his anti-killing code (yes, again).

He could also be seeking to warp Bruce’s mind through the execution of someone close to him. In this scenario, the most likely would victim would be Alfred Pennysworth, as previously speculated.

It’s a marginal theory currently that’s barely talked about, but the death of Bruce’s lone remaining father figure would be enough to drive him over the edge and foster a mad obsession with solving the case.

This would result in his transformation him into the incarnation of vengeance he declares himself to be at the end of the trailer. 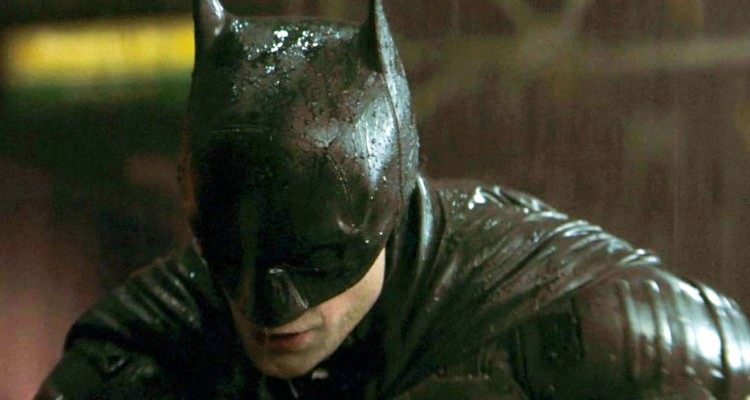 Stepping back to take inventory of all tese theories, it’s apparent that Riddler would go pretty far in a bizarre attempt to effect change in Gotham, which he would justify as simply doing what he must.

In his mind, he’s going to war with Gotham’s corruption, hitting the politicians where it hurts, showing Batman what must be done, and maybe even taking the fight to the Court of Owls.

With this version of Nygma, Reeves would really blur the line of what defines an anti-hero.

It’s fine if that’s what he’s going for, but when you think about it, the foundation of the franchise is already amoral. We live in a world where Robert Pattinson believes Batman is supposed to have “a messed up morality,” the Joker is an icon for the disenfranchised, and Reeves’ intends for his Caped Crusader to be a humanist – whatever that actually means.

That’s all I’ve got to say. What do you think of this theory? Do you agree or disagree with the theory that the Riddler is some kind of anti-hero? Kindly let me know on social media or in the comments down below!