A brand new rumor claims that Marvel Studios is eyeing Keanu Reeves for the role of Marc Spector aka Moon Knight in their upcoming Disney Plus series.

A brand new rumor claims that Marvel Studios is eyeing Keanu Reeves for the role of Marc Spector aka Moon Knight in their upcoming Disney Plus series.

The rumor comes from The Illuminerdi, who also shared an alleged character breakdown of Marc Spector from the Disney Plus show. 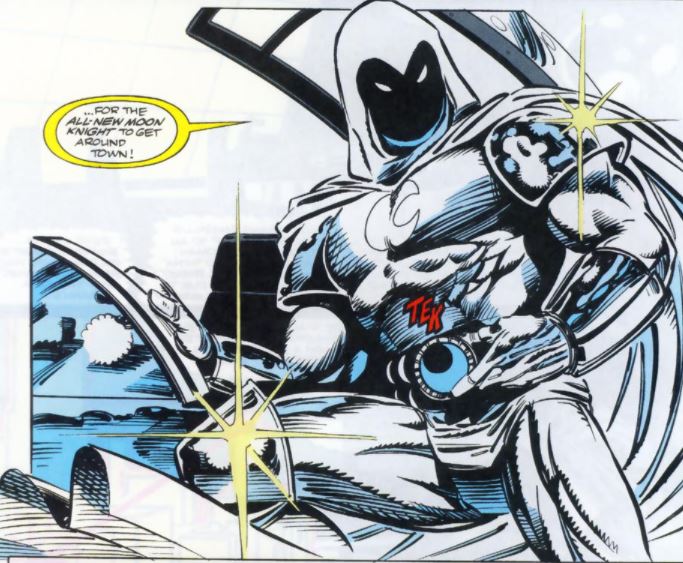 The character breakdown for Spector begins, “Spector was a former pugilist, mercenary, and CIA agent. He’s double-crossed by his boss, Raoul Bushman, after they find a mysterious archaeological site, which Bushman planned to loot for his own selfish means.”

“Near death, Spector comes into contact with Khonshu, an Egyptian moon god, who offers him another chance to live, in return for becoming his avatar on this world. Spector accepts the deal and is reborn with superhuman powers,” it continues.

The breakdown adds, “He then returns to the U.S. and accumulates immense wealth after investing his earnings as a mercenary and becomes the crimefighter known as “Moon Knight.””

Finally it concludes, “Spector also created multiple identities, including the alias of millionaire Steven Grant to misdirect people from his mercenary history and Jake Lockley, a low-key taxicab driver that helps him keep a closer ear to the streets and criminal elements.”

The Illuminerdi then goes on to claim that accompanying this character breakdown that it also reveals who Marvel Studios thinks would do well in role. The Illuminerdi’s Braxter Timberlake writes, “None other than Keanu Reeves.”

However, Timberlake does hedge his bets writing, “It’s unclear if Marvel has engaged in actual talks with the prolific actor, or if this is simply dream casting for the studio. What we are sure of is that Keanu Reeves is definitely under consideration behind the walls of Marvel Studios for Moon Knight. Whatever happens from this point out is up to the superhero gods.”

Marvel Studios boss Kevin Feige did confirm that he’s talked to Reeves for roles. He told ComicBook.com, “We talk to him for almost every film we make. We talk to Keanu Reeves about. I don’t know when, if, or ever he’ll join the MCU, but we very much want to figure out the right way to do it.”

Along with this character breakdown and the revelation that Marvel Studios might be interested in Reeves for the role, they also indicate that the show is expected to go into production “as soon as late November.”

The Direct shared casting descriptions for who they believe is Jean-Paul “Frenchie” DuChamp and Marlene Alraune.

Related: Rumor: Keanu Reeves to Return to Constantine for Reboot with J.J. Abrams

And the description for Alraune reads, “20-35 (years old), all ethnicities, female. A manipulative operative in a secret organization, capable of going from cool and tough to warm and friendly in a heartbeat.”

Frenchie was first introduced in Werewolf by Night #32 in August 1975 by creators Doug Moench and Don Perlin. The character would eventually be the victim of a set of fire bombs set by Marc Spector’s brother, Randall. It would leave him confined to a wheelchair.

However, it would later be revealed that Frenchie is the inheritor of the Knights Templar Bloodline lineage. His genes allow him “to become the ultimate personification of the Bloodline with full access to the combined knowledge and singular specialties of their entire family tree.”

Frenchie would eventually activate this gene when he come under attack from a number of Hellbent creatures. It would allow him to leap up out of the wheelchair and transform into the Knight Templar Henri Remont.

As for Alraune she was introduced in Marvel Spotlight #28 in June 1976 by creators Doug Moench and Don Perlin.

Related: New Rumor Details How Moon Knight Disney Plus Series Fits In With The MCU

Alraune is the daughter of archaeologist Doctor Peter Alraune, who is brutally murdered by Bushman after he and his daughter discovered the tomb of the Pharaoh Seti III.

During Bushman’s raid on Dr. Alraune’s camp, Marc Spector intervenes in order to try and protect Marlene, but is beaten within an inch of his life, left for dead, and then encounters Khonshu and takes on the identity of Moon Knight.

Marlene would quickly fall in love with Moon Knight and become his confidante and even encouraged him to embrace the role of Moon Knight.

Not only would she encourage him, she often participated in his escapes as an undercover agent.