Some folks may have dismissed Conor McGregor's recent tweet about fighting Manny Pacquiao, but it looks like the figiht could happen.

Since Conor McGregor is apparently retired, and because he’s teased various comeback bouts, chances are a lot of people scoffed at his tweet about fighting Manny Pacquiao. But, as it stands right now, it looks like we could see the former UFC champ throw hands with the boxing legend. 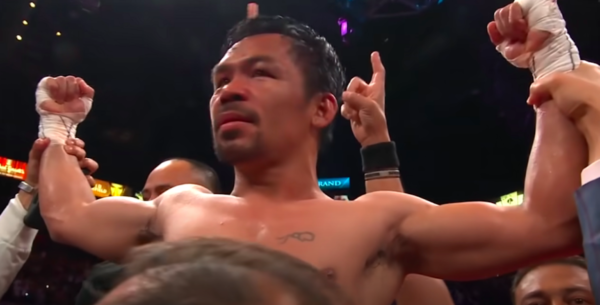 Manager says UFC is on board

On Friday, McGregor jumped into headlines via a series of tweets, in which he shared out images of a text message exchange, he apparently had with Dana White in March. The messages show that McGregor was pushing for his next fight.

In addition, McGregor also tweeted that he’s fighting Pacquiao next, and that the fight will take place in the Middle East.

Well, due to the fact McGregor has talked about various bouts in the last year or so, the comment was met with some skepticism. But, the star’s manager, Audie Attar has told ESPN that talks are underway in an effort to make McGregor versus Pacquiao a reality.

Further, Attar, who also manages Pacquiao, is reporting the UFC is on board with the bout. Attar said they’re looking at booking the fight for late 2020, like in December, or early 2021. The Middle East is apparently one of the locations being discussed.

“It is confirmed the negotiation between the camp of Senator Pacquiao and McGregor is now starting to move on,” Joson said in the statement.

“Again, as what our senator says, all his fights are dedicated for the welfare and unity of all Filipinos including this one.

“For the sake of all the Filipino Covid-19 victims, Senator Manny Pacquiao will be fighting UFC superstar Conor McGregor next year.

The huge portion of his earnings will proceed to those who are affected nationwide by the pandemic.”

So, when you consider all this, and that White also said this week he could have some news related to boxing soon, there are certainly strong indications this fight could happen.

The UFC worked with Floyd Mayweather Jr.s team when he fought McGregor in 2017, and all of the parties involved made a tonne of money.

Further, if Khabib Nurmagomedov defeats Justin Gaethje at UFC 254, then White’s hope to have McGregor fight for the lightweight title again will hit a serious snag.

Khabib has repeatedly said he’s not interested in facing McGregor again, until he records another pivotal win. He’s also talked about fighting Georges St-Pierre after Gaethje, and there’s been extensive talk Khabib could retire after that bout.