Most folks are expecting Israel Adesanya - Paulo Costa to be a stand-up war, but recently the stars took pokes at each other's jiu-jitsu.

Almost all the talk leading up to Israel Adesanya versus Paulo Costa seems to have been tied to each fighter’s respective striking, and how that will play out. But, at the pre-fight presser this week for UFC 253, the two went to war over who has the better grappling game. 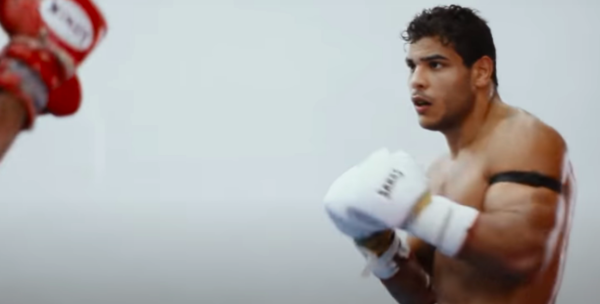 Now, on account of how each man fights discussion regarding how things will go if the fight hits the ground, has been minimal. After all, in Adesanya, you have one of the most talented strikers in all of MMA, who has 80 kickboxing bouts under his belt.

Hardcore fans likely know that Costa holds a black belt in Brazilian Jiu-Jitsu. But, Costa’s rise to the top of the UFC’s middleweight division has come as a result of his pressuring style, heavy hands and ridiculous toughness.

But, during the recent press conference for Saturday’s bout, Costa and Adesanya threw down over their grappling skills (quote via MMA Fighting).

“Before I become a striker I was a grappler,” Costa said. “I’m a black belt in jiu-jitsu, my brother’s gym, my coach. I have a lot of knowledge on BJJ. Yes, this fight can be on the ground also.

“You sucked as grappler,” Adesanya said. “Whenever he shoots, he loses his gas tank within the first or second shot.”

“No one needs to see your grappling because you suck,” Adesanya added. “You were on TUF on the floor saying, ‘No, I gave my all. I give 100 percent.’ You can’t grapple for sh*t.”

The two apparently didn’t quit there, however, as they also had this exchange regarding jiu-jitsu.

“I’ll berimbolo you if I wanted to,” Adesanya said. “I’ll grab your f*cking collar right now and put you in a bow-and-arrow.”

“You never put a gi on your skinny body,” Costa said. “Talk about jiu-jitsu with me. You’re crazy.”

On one hand, this exchange does prompt some interesting discussion. You would think that if  Costa was able to take Adesanya down, he would have a significant advantage on account of his BJJ background and size.

But, Adesanya has demonstrated many times before that taking him down and keeping him there is extremely problematic.

At the end of the day, it’s hard to imagine Costa going for a takedown in a plan A scenario. But, if he gets tagged, or sees an opening in a scramble, it’s certainly possible we could see him shoot in.

UFC 253 will go down on Yas Island in Abu Dhabi.