Recently there's been talk about whether Donald Cerrone should retire soon, and Dana White plans to have that "conversation" with "Cowboy".

On account of Donald Cerrone’s recent setbacks, and the fact he’s turning 38 next spring, there’s been talk debate recently about whether “Cowboy” should retire soon.

Well, following Cerrone’s bout with Niko Price on Saturday, Dana White hasn’t outright said the star should retire. But, it sounds like the UFC President might discuss an exit strategy with Cerrone. 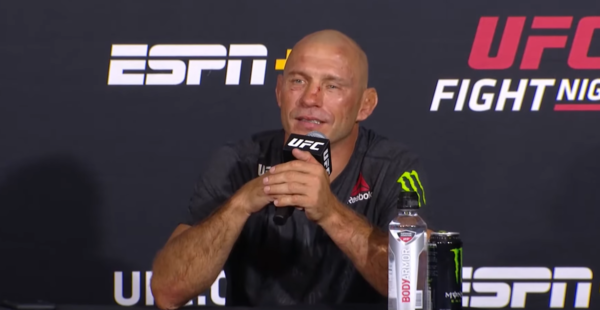 White plans to have a “conversation” with Cerrone

Heading into UFC Vegas 11, Cerrone was riding a four-fight losing streak. Due to that, and because of how many wars Cerrone has been in, there has been talk about whether it’s time for him to walk away from fighting.

Well, on Saturday, Cerrone didn’t lose, he battled Price to a majority draw. But the fan-favorite took some heavy shots from Price early on.

Further, if not for a point Price was deducted, on account of accidental eye pokes he delivered, Cerrone would have lost the fight.

After the event, White was asked about Cerrone’s future, and the UFC President said this (quotes via MMA Junkie).

“I thought it was a draw, too,” White said. “He was on his way out in the first 30 seconds of the first round. He fought back.

He’s tough. He’s durable. I love ‘Cowboy’ and I know it’s going to (expletive) crush him and break his heart.

And when White was asked gain about the situation, he said this.

“Let’s talk about stopping,” White said. “I don’t know, man. I’ve got to have this conversation with him and see what he says.

I know what he’s going to say: ‘I don’t want to stop.’ But we have to have the conversation.”

What could this mean?

So, it will be interesting to see what comes out of this. Prior to Saturday, Cerrone was quick to shoot down talk about him retiring.

White was asked about the fact both Cerrone and Price reportedly called for a rematch, and he was non-committal. So one might question whether White thinks Cerrone should hang up the gloves now.

It’s also possible that White will talk to Cerrone about having one more bout, and that the UFC will look at having him face another star, who is close to retirement as well.

A fight the UFC could possibly build a Fight Night card around, and promote as Cerrone’s retirement fight.