There appears to be a plan to push Bo Dallas once more in WWE NXT, and which female wrestlers are high on Vince McMahon's list?

WWE NXT revealed a promo recently that turned the spotlight on a former champion making his return. One name rumored as that person is Bo Dallas.

Dallas was on SmackDown during his most recent appearances on WWE television. The 30-year-old is the brother of Bray Wyatt, also known as “The Fiend.”

While Bray Wyatt has risen to the top, Dallas has found plenty of success as well. He is a former three-time FCW Florida heavyweight champion and a two-time tag team titlehoder.

Follow your dreams, never forget why you had [email protected] in the first place. #TheOriginalNXTChampion #TheFutureWasAlwaysNOW pic.twitter.com/sAUUhyNVMl

During a prior run in NXT, Dallas, real name Taylor Rotunda, won the NXT title. He was promoted to the WWE main roster in 2014, winning the RAW tag team belts ith Curtis Axel and the WWE 24/7 title once.

“I’m not sure what happened,” the promo said. “I helped create something out of my own blood. Years and years of dedication. Only to be taken over by paper champions.

“These NXT championships have been in isolation for far too long. Now, I’ve come back to take what is mine.”

Wrestling Observer Radio first mentioned Dallas as the likelly person for this position. He announced his own exile last December.

Late last year, Dallas was working with Axel as “The B-Team.” The group was officially disbanded when Axel was released this past April after Dallas requested time off. 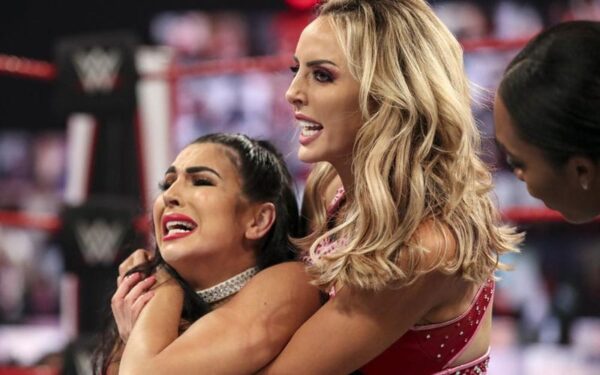 We all know that Vince McMahon always has his “favorites” that he is looking to push to the top of the WWE universe.

Dave Meltzer recently talked about just who is on that list at the moment in his latest for Wrestling Observer Newsletter.

Meltzer mentioned Peyton Royce and Bianca Belair for the women’s division. During RAW this past week, Belair was featured during vignettes claiming her to be the “StrongEST” in WWE.

💋Belair ain’t nothing to play with💋
💪🏾The strongEST 💪🏾#ESTofWWE pic.twitter.com/kqWzY0sVTh

Royce was part of The IIconics tag team with Billie Kay before they were forced to split following a loss to the Riott Squad. Royce met Asua on RAW this past Monday night, but the match was cut short due to interference from Zelina Vega.

Once upon a time you were a little girl with big dreams that you promised you’d make real one day.

Belair has been on the WWE main roster since WrestleMania 36 when she saved The Street Profits during an attack involving Vega. Royce is a former WWE tag team champion, having won the titles with Kay.

These two are on the list McMahon brings with him to each and every meeting, instructing officials to push them on their respective show.

The 27-year-old Royce, real name Cassandra McIntosh, won a NXT Year-End Award for Breakout of the Year in 2016 with Kay. She also is a former International Pro Wrestling: United Kingdom women’s champion.

Belair, real name Bianca Crawford, is a 31-year-old native of Knoxville. She was a standout track and field athlete competing for three SEC schools including the University of Tennessee.

After that, she became famous for her success in CrossFit before joining the WWE in 2016. She remains one of the most popular superstars on social media platforms like Cameo.