It’s the end of another week, which brings us another SmackDown In A Nutshel [1]l. This time around, we’ve got lots of gold on the line tonight!

In case you missed that, we have an unexpected Intercontinental Championship bout between AJ Styles [2] and Gran Metalik. That one gets capped off by yet another challenge to Bayley from Nikki Cross [3].

Beyond those, we can surely expect to see some things beginning to progress toward the impending SummerSlam later in August [4].

Will The King of Bros have something to say to Baron Corbin? I’d bet on it.

What about Jeff Hardy and Sheamus? I’d have to say the odds are high, but let’s find out.

In any case, there’s still lots of gold on the line tonight, what with two championship matches.

I have to go with two choices. Sadly, one of them wasn’t the SmackDown Women’s Championship match.

For me, the top two of the evening would be, in no particular order: 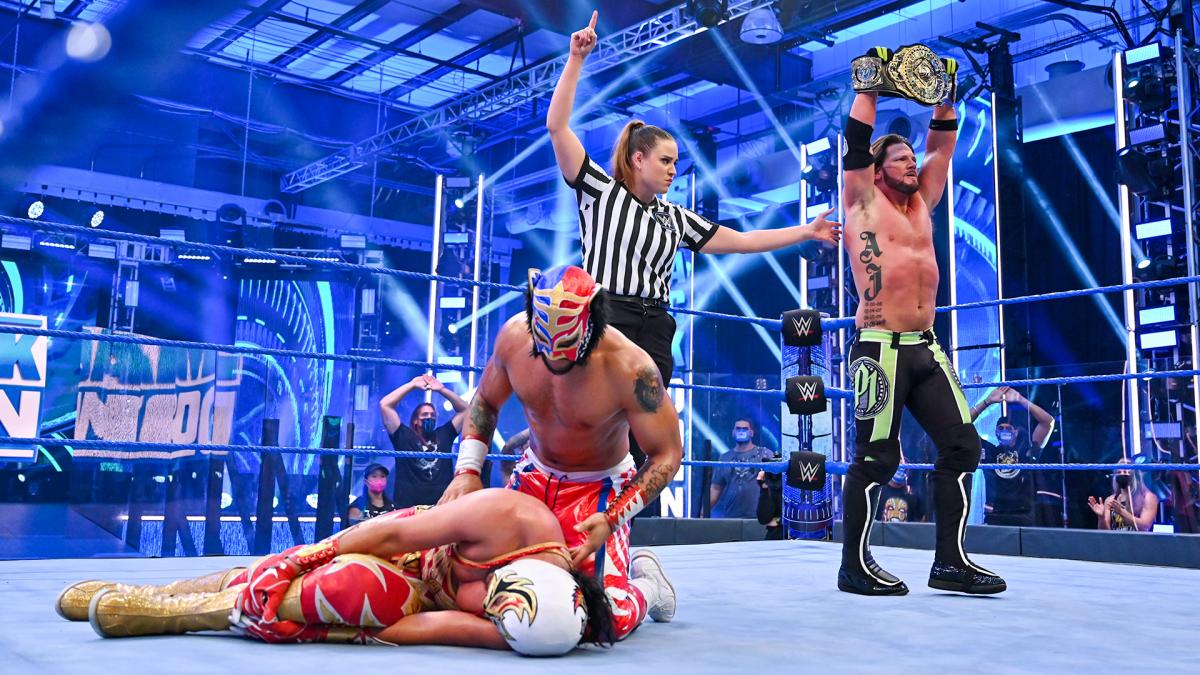 -The Miz versus Big E. 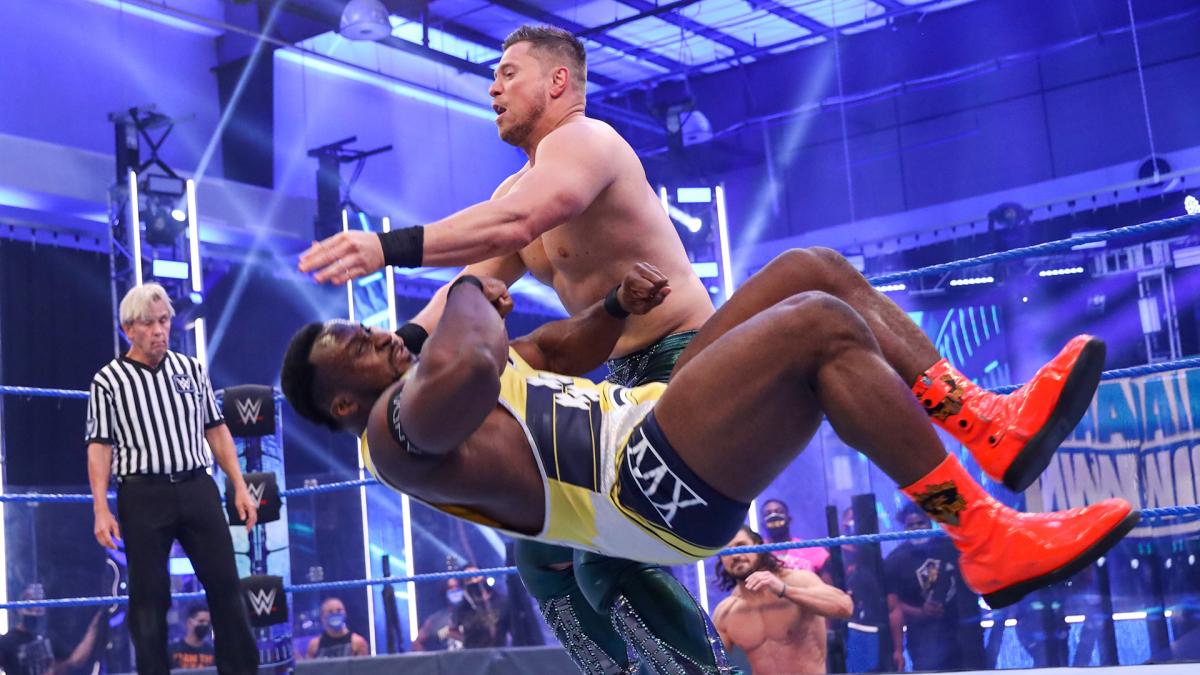 Nikki and Bayley would probably get my third nod, the match itself was acceptable. The bigger bits came after the close. 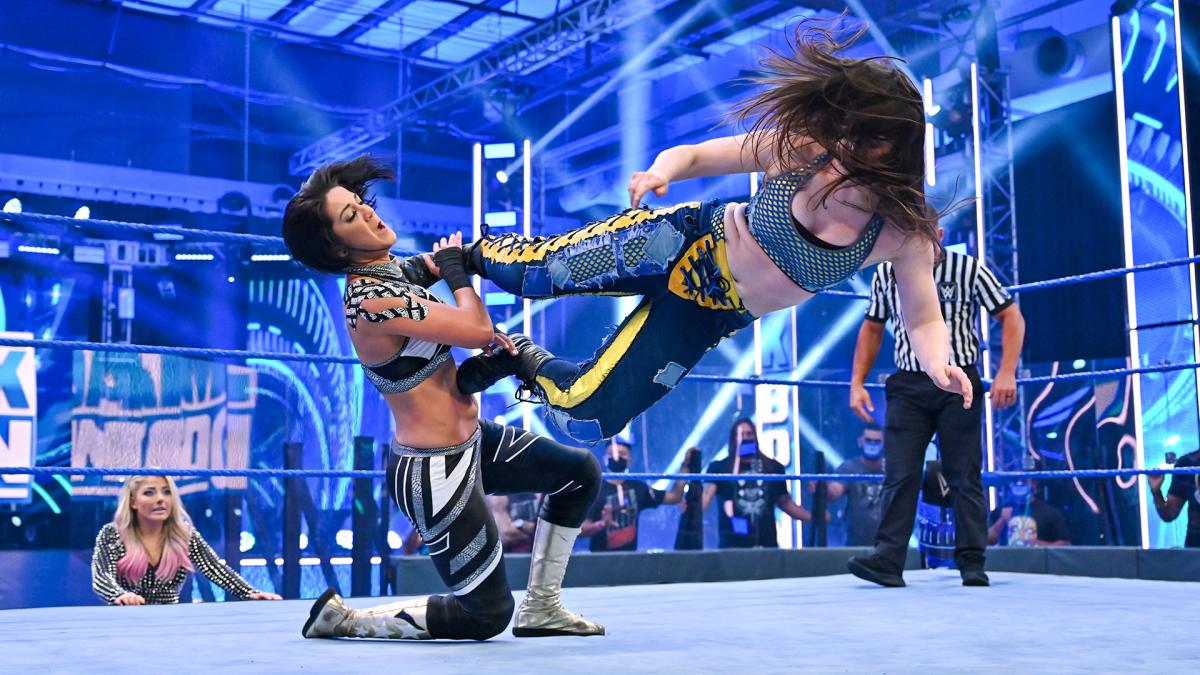 Was not feeling Naomi and Lacey. Fans feel Naomi deserves better…I don’t think this was it.

I don’t know…no one screams star of the night here. Not tonight.

Well…maybe Big E. His singles run was and is long overdue.

For all those hoping for a Bobby Lashley world title run? I’d be ecstatic about a Big E. run. 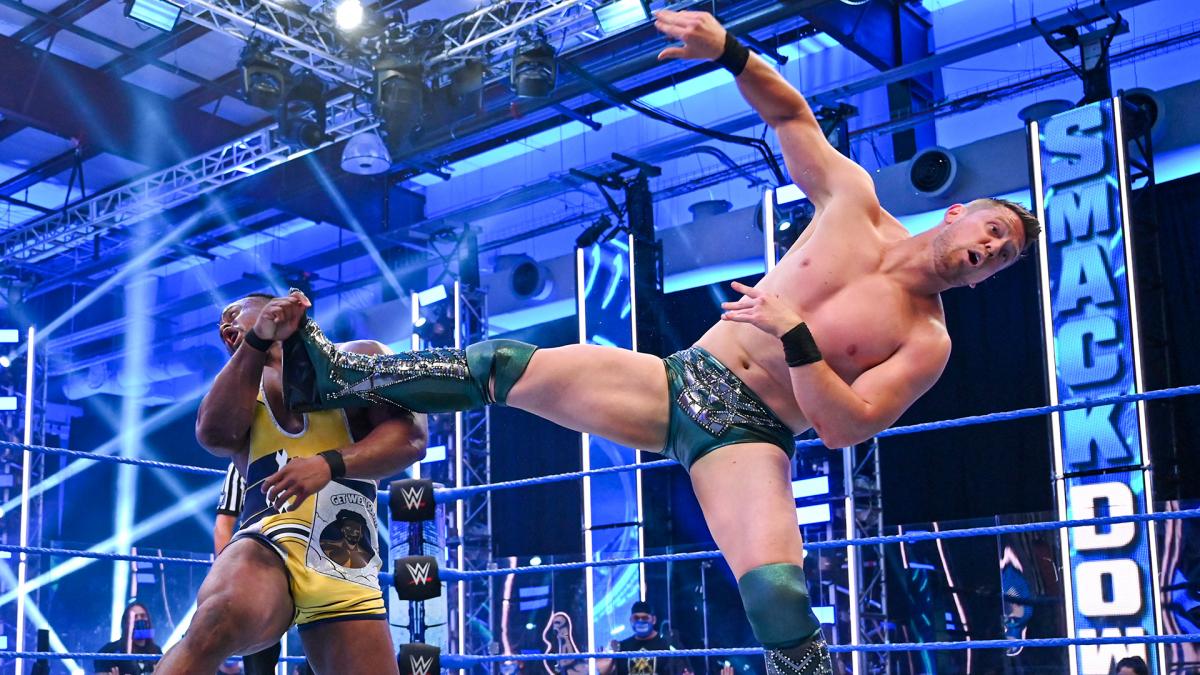 Could be Lacey. Could be Drew Gulak. 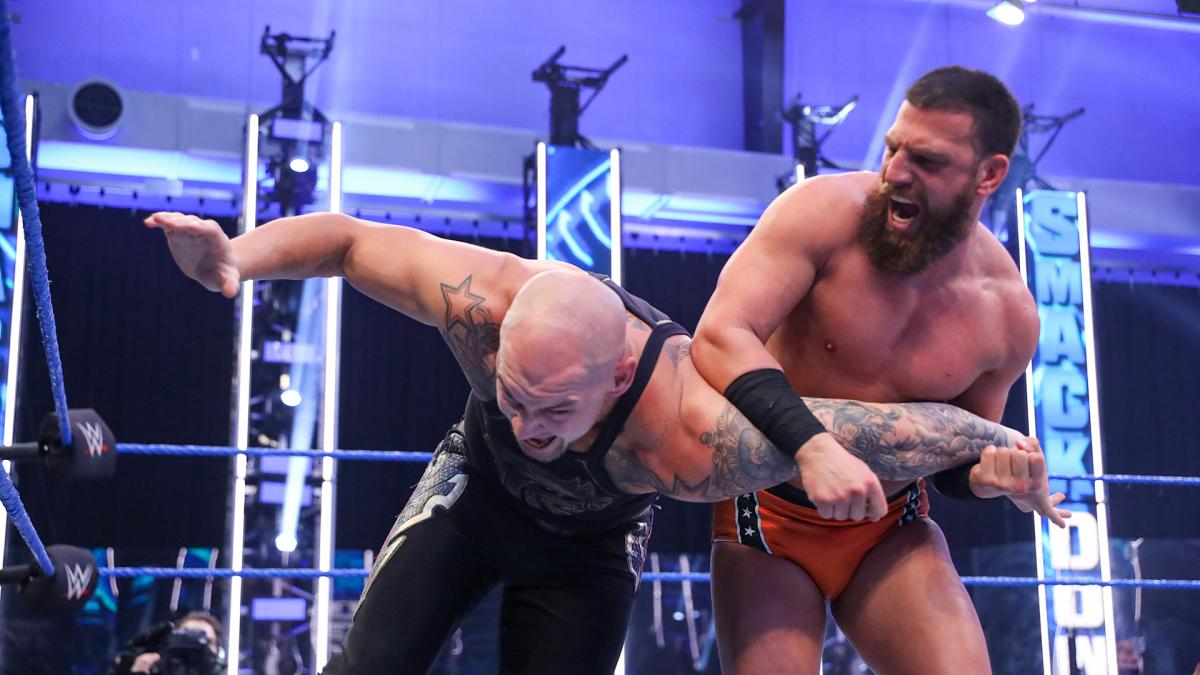 Go ahead and flip that coin… 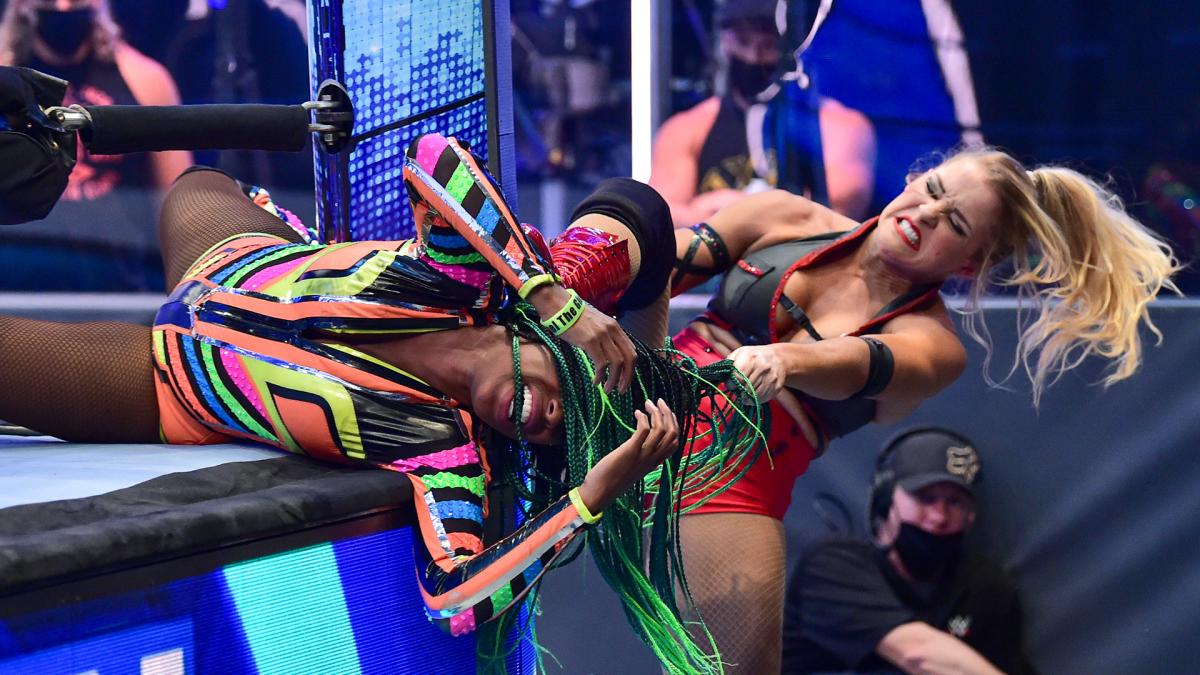 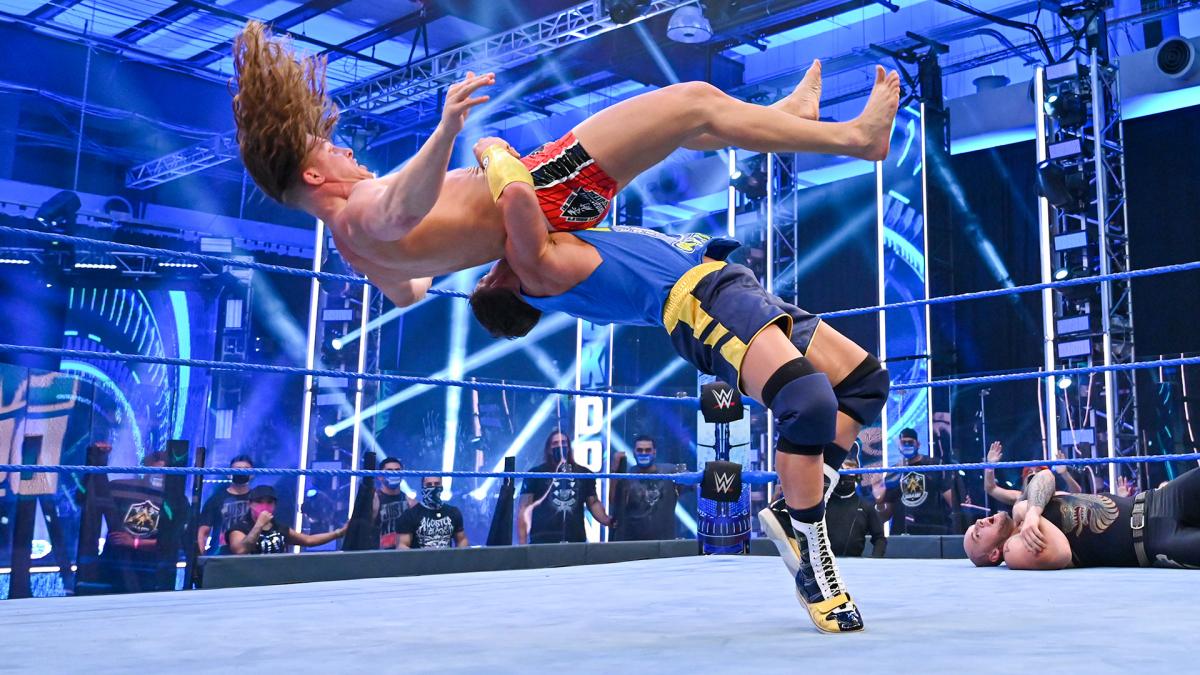 Raise your hand if you had “Shorty G turns heel” on your 2020 bingo card.

Also…kind of did not expect The Fiend to attack Alexa Bliss to send us off air. 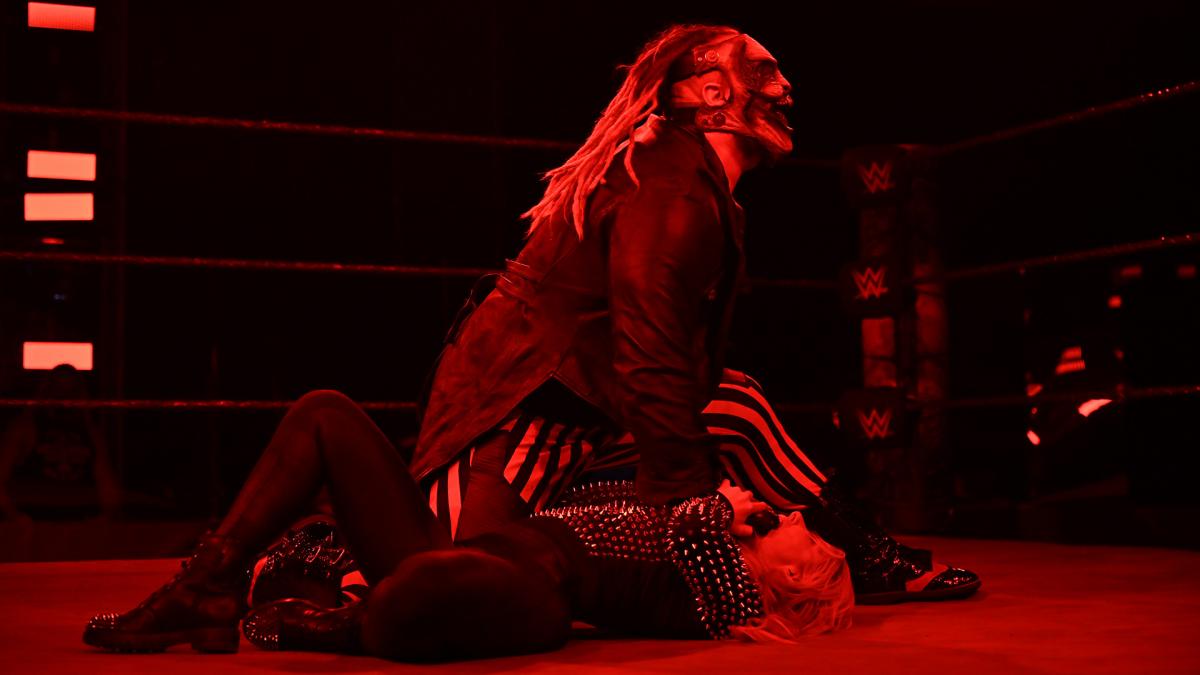 The way the match ended, I absolutely expected something. Honestly, I started expecting a run-in by Asuka to get some revenge on Bayley and Sasha Banks.

Then, before Cross shoved Alexa, I expected a heel turn-by Alexa on the downed Cross. 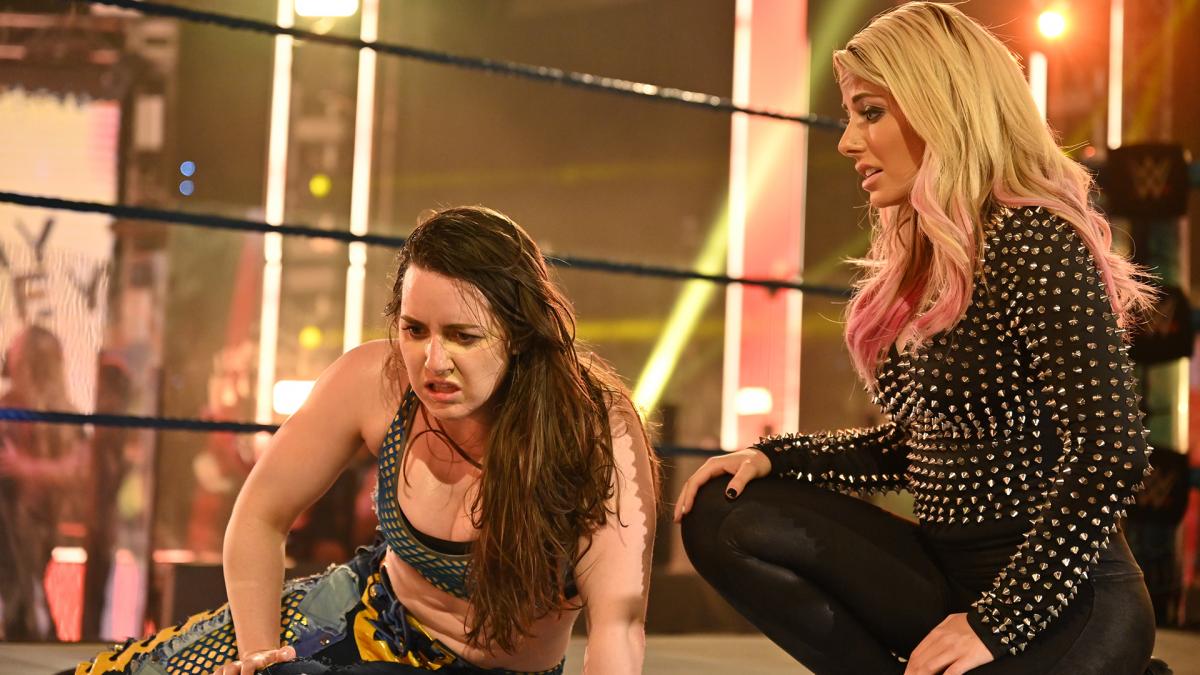 We got Nikki Cross shoving Bliss, who was then tormented and attacked by The Fiend. No doubt they will use Bliss in the Fiend/Wyatt angle, especially seeing as they already had her in the swamp match.

I saw a few comments about a ref hugging Hardy in congratulating his sobriety. I get the positivity, but I also understand the optics.

Like, the refs should not be commiserating with the Superstars, even if when the cameras are off, they might. Keep some semblance of that wall up still.

Otis and Mandy are back. I love me some Otis, and he’s always good for a laugh or two.

Touched on them already, but to sum up…

-Shorty G is leaning heel now. Or, he just wanted the money and that becomes a small side story.

-Alexa Bliss and Nikki Cross may be heading for a break up.

The ending to Smackdown was absolutely crazy #Smackdown [9] pic.twitter.com/2vCO6y94Yb [10]

-Alexa Bliss may be heading for the swamp, now that The Fiend subdued her.

It feels like many fans want better for Naomi…and while Lacey Evans was in the title picture not that long ago…she isn’t now.

That match just felt like filler to me. It didn’t feel like it was building toward anything bigger for Naomi yet.

Like, if WWE wanted, they could have made the winner of that match the #1 contender to Bayley. Or that the winner gets a title shot.

Not that it was promised-it wasn’t-but I was hoping for a little Asuka revenge tonight. I don’t doubt we will see it sooner than later, just didn’t happen yet.

You can see the foundations being laid down, or in some cases, reinforced, for some programs destined to pay off around or at SummerSlam.

Some are more intriguing that others.

I kind of wanted to hate The Fiend going after Alexa Bliss…but it’s made me want to see where it goes, and how it plays out.