Chris Weidman believes he's taken a big step towards another title run, but clearly Luke Rockhold has a different take on the situation.

After Chris Weidman returned to the win column last Saturday at UFC Vegas 6, the former middleweight champ proclaimed that he feels “renewed” and ready to make another title run.

But, the man who ended his reign back in 2015, Luke Rockhold, has a different take on the situation. 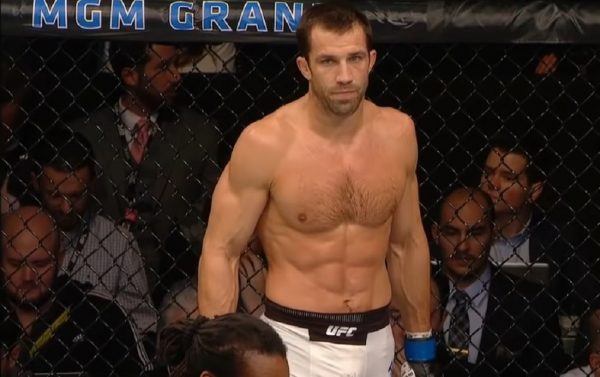 Weidman faced Omari Akhmedov in the co-main event of last Saturday’s card, and he used his wrestling and clinch game to secure a decision win. The victory snapped Weidman’s two fight losing skid.

Well, after the grinding bout, Weidman admitted that it wasn’t his greatest performance. But, he also said he felt “renewed” and promised he’s going to remind the MMA world of what he’s capable of.

Well, more recently Rockhold appeared on “Submission Radio“.  The appearance came after Rockhold announced that he’s not retiring, and that further, a rematch with Weidman is on his wish list.

While talking about why he wants to fight Weidman again, and the former champ’s latest performance, Rockhold said this (quotes via MMA Junkie).

“I’m looking at whoever’s available in the current climate of when I’m ready,” Rockhold said. “Chris Weidman seems to think he’s back in business.

I beg to differ. So, you know, he’s always wanting to run it back, and I wouldn’t mind sending him back.”

“Maybe he had weight issues or what,” Rockhold said, while trashing Weidman’s win. “I mean, it looked like a heavyweight fight.

Rockhold also reported the following, while discussing why he wants to battle Weidman one more time.

“I mean, what’s worse than beating up a guy and then he keeps running his mouth.”

So, it will be interesting to see if Rockhold – Weidman II is in the cards.

Since the UFC has tried booking this rematch before, it wouldn’t be surprising at all if this fight happens. Chances are Weidman would love the opportunity to get the loss back as well.

Who else interests Rockhold?

But, what if Weidman or the UFC’s not on board with the rematch? Rockhold also mentioned the likes of Darren Till and Jack Hermansson as possible opponents.

“I want somebody who means something and is a name, something meant to be.

I left the division the No. 2 ranked middleweight in the world.

So, they can say what they want because I’m unranked at the moment, but I can come back and reassert myself very quickly if I need to.”

Both of these bouts would be interesting, no question, especially the fight with Till.