Good news for AEW fans, as it seems like the TNT Championship is finally completed. Now, it is ready to make its official debut on Dynamite. 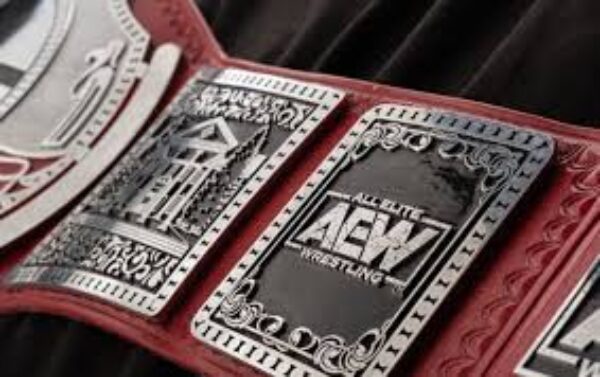 The TNT Championship belt was supposed to be completed months ago. However, the coronavirus threw a serious spanner in the works.

At the moment, little is known about the title’s design. However, Cody did mention small details during an interview. 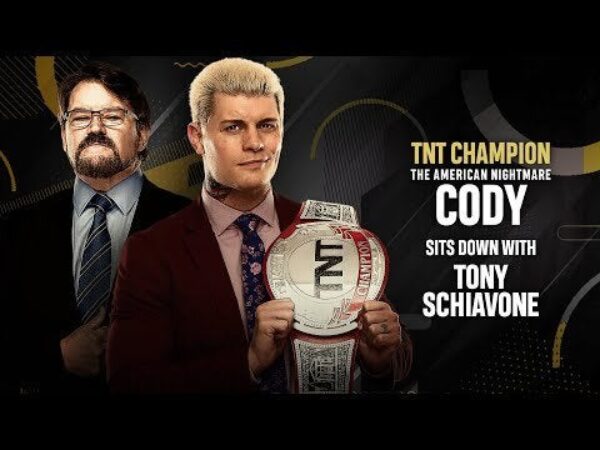 The American Nightmare had an interview with Tony Schiavone this week. Now, this interview is important, because Cody talked a lot about the title’s design.

According to Cody, there is a noticeable softball across the title plate. However, he does not want to get rid of “Little Ruth” just yet.

“Little Ruth” is Cody’s name for the unfinished title. According to him, the title has special meaning.

“It’ll be very difficult to get this one [unfinished TNT Championship] away from me because this one is was the one that was handed to me. It’s the belt that goes along with the open challenge, this idea and these matches that i’ve had with people pushing me to my own limits, people like Sonny Kiss for example.”

The unfinished title will undoubtedly become an important keepsake. Nevertheless, the “Big Ruth” will make her debut at AEW Dynamite.

But what will happen with the unfinished title? I think it might remain in Cody Rhodes’ home as a keepsake.

AEW could also place the old title on display. After all, it is quite significant in the history of the title.

The History of the Championship

All Elite Wrestling announced the arrival of the championship in March 2020. Unfortunately, this was around the time when the coronavirus hit the globe.

The first champion was determined through an eight-man tournament. So, the TNT Championship made its debut long before it was officially finished.

As you know, Cody Rhodes won the eight-man tournament. In May 2020, he became the inaugural AEW TNT Champion.

Absolutely the biggest match I’ve had throughout this open challenge.

I’m ready. The rib is fine.

Up until now, Cody has been successful in defending the title. Tonight, he defends the title again against Scorpio Sky from SCU.

Since he won the title, Cody has elevated it to the most important title on the brand. No offense to Jon Moxley, but the Open Challenge has been quite interesting.

The championship provides some amazing opportunities to wrestlers who are not signed by AEW. Some receive a contract, while others get their talent showcased in the best way possible.

Unlike John Cena’s Open Challenge, Cody’s does look at outside wrestlers. There is no real barrier between AEW and indie promotions.

Evidently, AEW does have in-house matches. After all, their own wrestlers need opportunities, too.

For now, AEW managed the TNT title perfectly. And, I cannot wait to see what happens on Dynamite tonight!