Caitlyn Jenner opens up about the presidential bid of rapper Kanye West, who is married to her former stepdaughter Kim Kardashian.

Caitlyn Jenner just broke her silence about Kanye West’s presidential bid. Caitlyn and Kris Jenner, Kim Kardashian West’s mother, divorced in 2015 after more than 20 years of marriage. Kanye and Kim have four children and have been married since 2014.

“I have just kind of watched it like everyone else. He’s living up in Wyoming most of the time and so, I just wish him the best,” said Jenner, 70, according to Fox News.

Though she’d previously joked about possibly being Kanye’s running mate, Caitlyn Jenner clarified that she was only kidding around about that.

“He’s a really good guy. He has been the most kind, loving human being and so good to me throughout the years especially going through everything I’ve been through in the last five years,” Jenner said, adding that West has a “great heart” and that, like “everyone else,” he “deals with things in their lives.”

Jenner went on to say that she does not talk to the children of her ex-wife Kris Jenner very often these days. 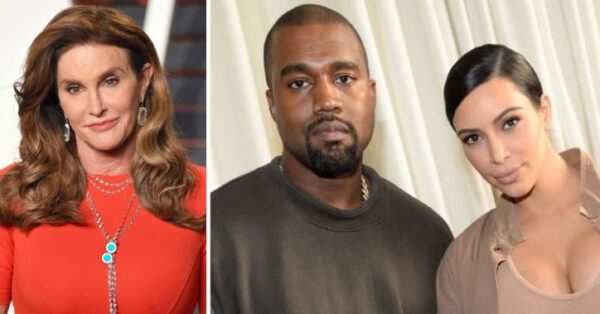 “Kim I haven’t talked to in six, nine months,” Caitlyn revealed. “She’s a great person…It’s unfortunate because actually Kim was the first one I talked to about this issue…It’s a big loss in my life not having her there anymore and, to me, it’s sad.”

This Has Been A ‘Nightmare’ For Kim Kardashian

A source told Page Six that Kanye West’s attempt to run for president has been a “nightmare” for his wife, Kim Kardashian.

“Kim begged Kanye to stop his presidential thing, to stop talking about their kids at rallies,” the insider said. “But he ignored her and instead he went ahead and hired more people . . . and tried to register in more states. He just won’t stop this presidential bulls–t.”

“This is a nightmare for Kim, she is looking for a way out,” the source added. “But she’s also a nice person and wants to do the best for her kids.”

Another insider said that Kim sees this entire situation as a mental health issue for her husband.

As someone who has bipolar disorder, I want to thank @KimKardashian for this dignified, respectful and compassionate statement about her husband Kanye. Bipolar is complicated, it’s exhausting and it’s misunderstood. The stigma must stop. The shaming headlines must stop. pic.twitter.com/tKZuEgKCeh

“Kim has known about Kanye’s bipolar disorder all along, and she has worked hard privately to support him and protect him and their kids,” the source said. “But this is the worst episode he has ever had. She fears he may have to hit rock bottom before he finally wakes up and realizes what he has done.”