The UFC’s design team has had no shortage of work to do in recent weeks. But, that department doesn’t appear to be suffering from too much fatigue, as the poster for UFC Vegas 6 is a must-see.

The upcoming, August 8th card will take place at the Apex Facility in Las Vegas, and it will feature a heavyweight battle between Derrick Lewis [1] and Alexey Oleinik. [2]

Oleinik (59-13-1), meanwhile, has also won two in a row, as the ‘Boa Constrictor’ defeated Maurice Greene and Fabricio Werdum in his last two outings. Prior to that, however, the veteran was taken out by Walt Harris and Alistair Overeem in consecutive bouts.

You can check out the official poster for the card below. 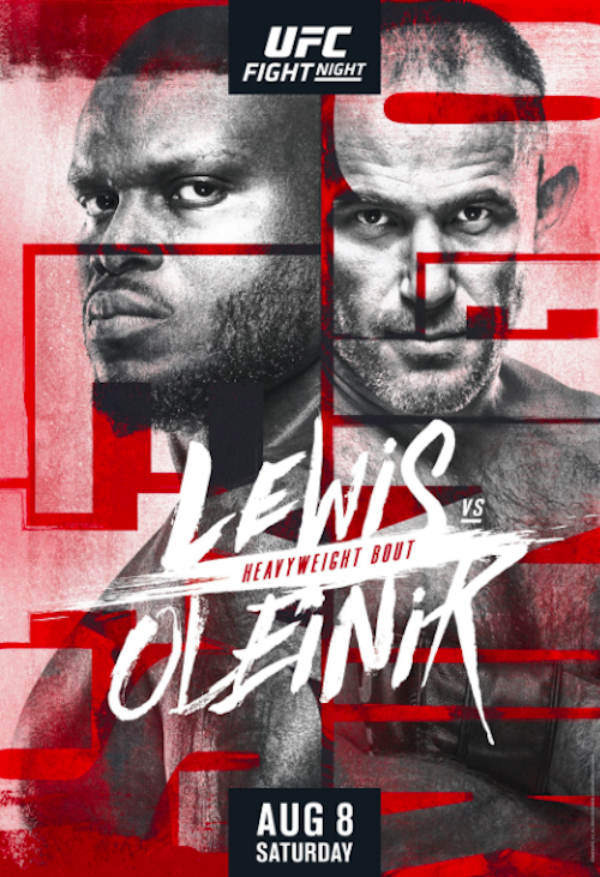 A Beast and a Boa.

Here is the line-up to date for the August 8th event (via MMA Fighting [6]).