Jorge Masvidal [1] reported several days ago he had around 20 pounds to cut for his bout with Kamaru Usman [2] tomorrow at UFC 251. Whether that was accurate or not, at the end of the day, ‘Gamebred’ made weight. 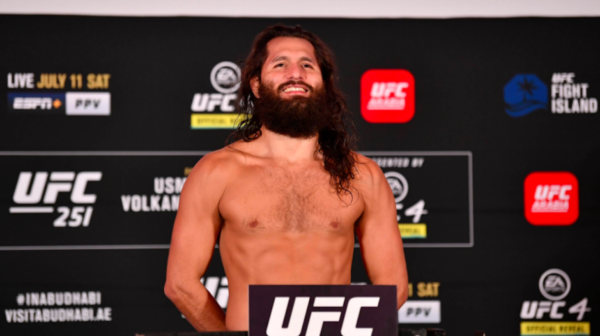 All the title fights are set

UFC 251 will feature three title fights as scheduled. Masvidal came in at 170 pounds for the card’s headliner and the welterweight champ, Usman, also tipped the scales at 170.

Featherweight champion Alexander Volkanovski was 145 pounds for his rematch with the former champ, Max Holloway, who was the same weight. Volkanovski ended ‘Blessed’s’ reign in December by handing him a unanimous decision defeat.

And for the vacant bantamweight crown, both Jose Aldo and Petr Yan weighed 135 pounds.

Here are the weigh-in results for UFC 251, which is taking place on Yas Island in Abu Dhabi. It has the potential to be an epic and historic night.