It's time for our SmackDown in a Nutshell, and this one aims to bring us fireworks for the Fourth of July. AJ Styles and Drew Gulak will certainly try!

OK, in fairness, this episode of SmackDown aired on July 3rd…but it’s still aiming to give us fireworks for the Fourth. As in, the Fourth of July-when you will hopefully be reading this particular Nutshell.

Yep, it’s America’s birthday, so as I am writing this one, I’ve got neighbors all around me setting off some of their own fireworks for the Fourth. At the Performance Center, we’ve got some good ring action to keep us entertained.

We’ve got Drew Gulak getting his shot at AJ Styles-with the title on the line, no less. There’s also more between Sheamus and Jeff Hardy, as Sheamus is opting to throw a toast for Jeff.

With Extreme Rules coming up fast, the build up will only increase.

Let’s enjoy some of WWE’s own fireworks for the Fourth.

I think this one has to be Drew Gulak and AJ Styles, for a couple reasons.

First, it was really good. 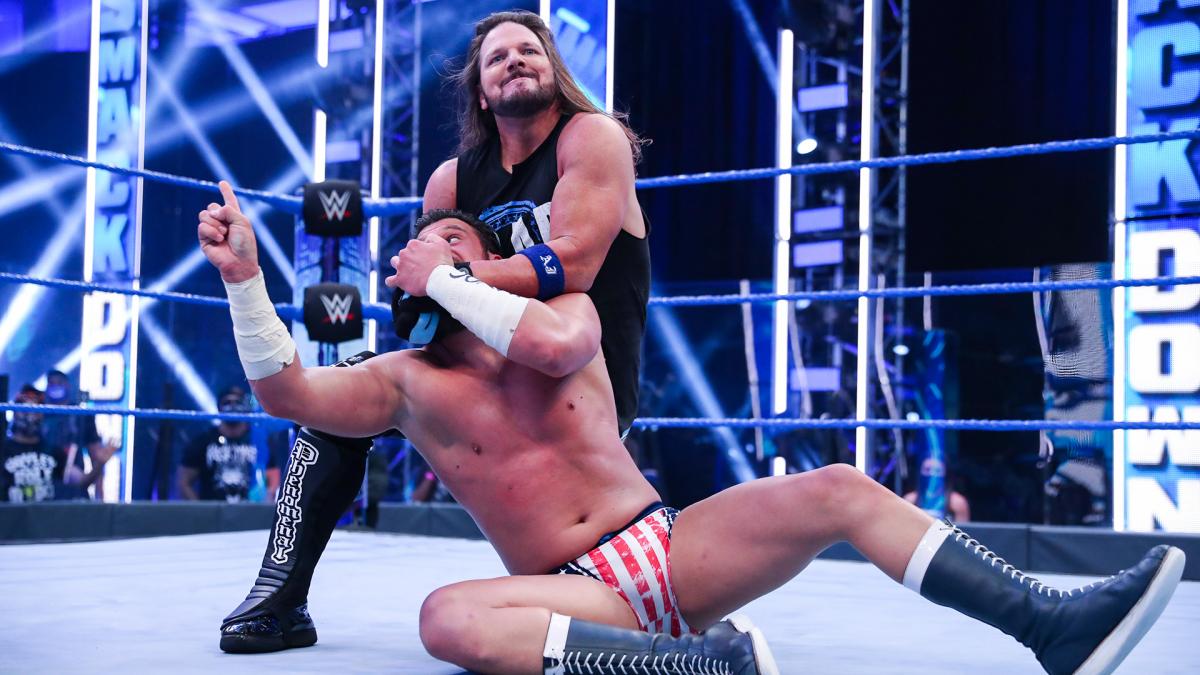 Second, tonight we did not have many matches to choose from, so it was easier to stand out.

But mostly the first one. I am glad that Gulak has managed to stick around.

Also, I am certain some will love and some will hate what WWE did, but having Daniel Bryan on screen via Zoom for the match was, if nothing else, an interesting touch.

I honestly am hesitant to drop any match in here. We just didn’t have many to choose from, and while I am sure I could rank them from best to not best…I didn’t really come away hating a match.

I think several Superstars did well for themselves tonight.

I like getting a bit more info on Matt Riddle-whether real or contrived info. 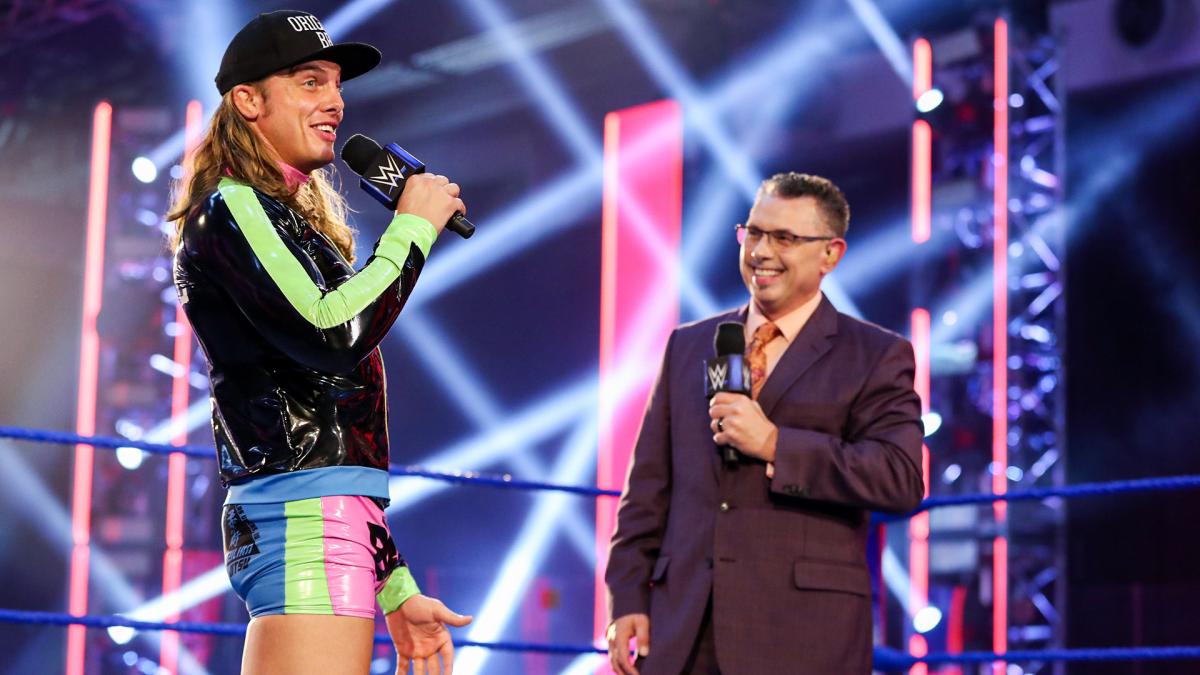 I think Sasha and Bayley are doing their best heel work right now. 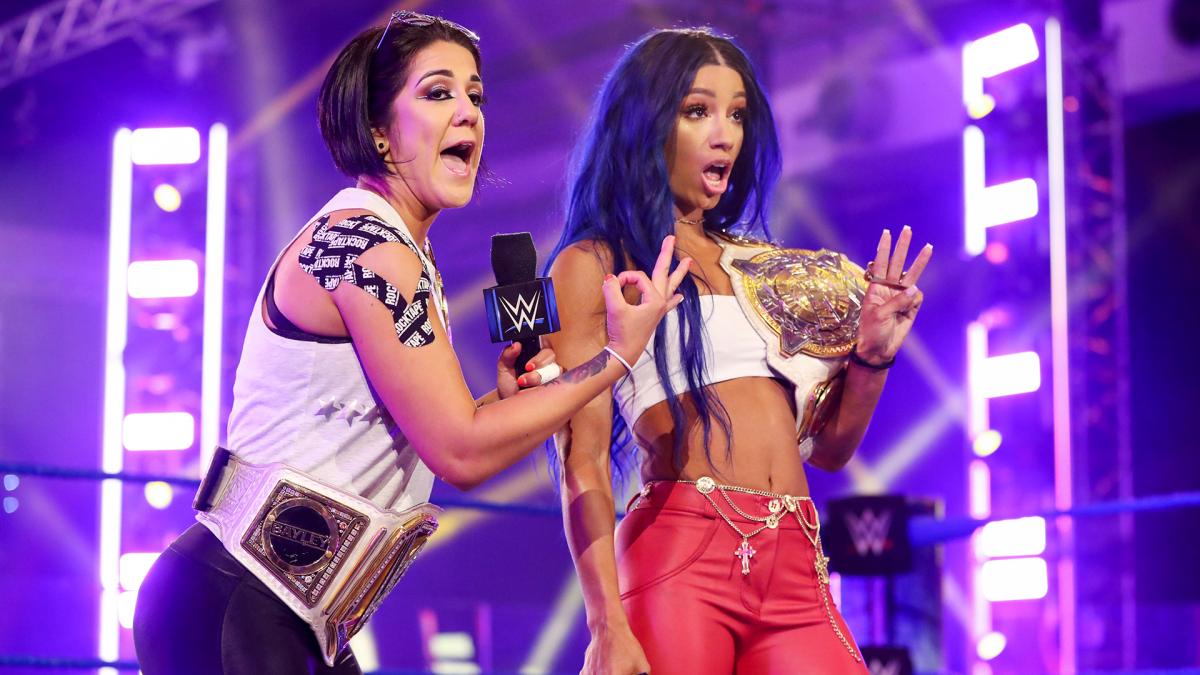 AJ and Drew shined. No disrespect to the Sheamus/Hardy toast, but that Intercontinental Championship match should have closed the show.

Not much, but I was a fan of Hardy smashing the bartender with the bottle, for what it’s worth. 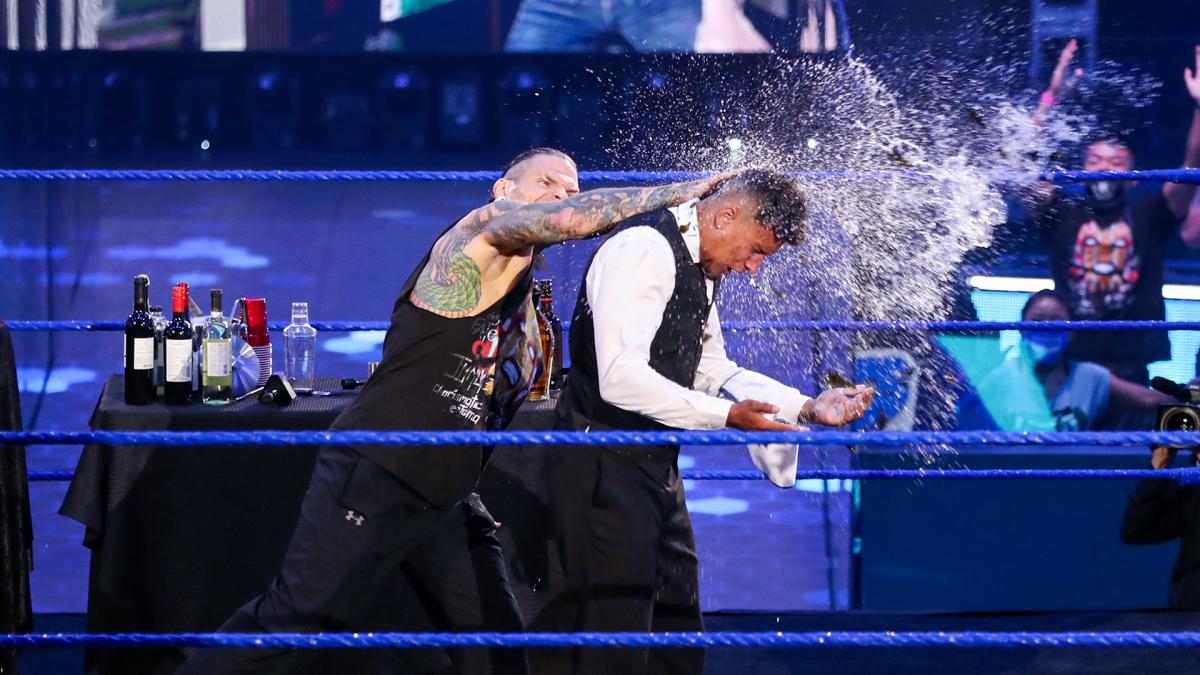 This sequence was so smooth from John Morrison #SmackDown
#SmackDownOnFox #SmackdownLive pic.twitter.com/prse3hBL16 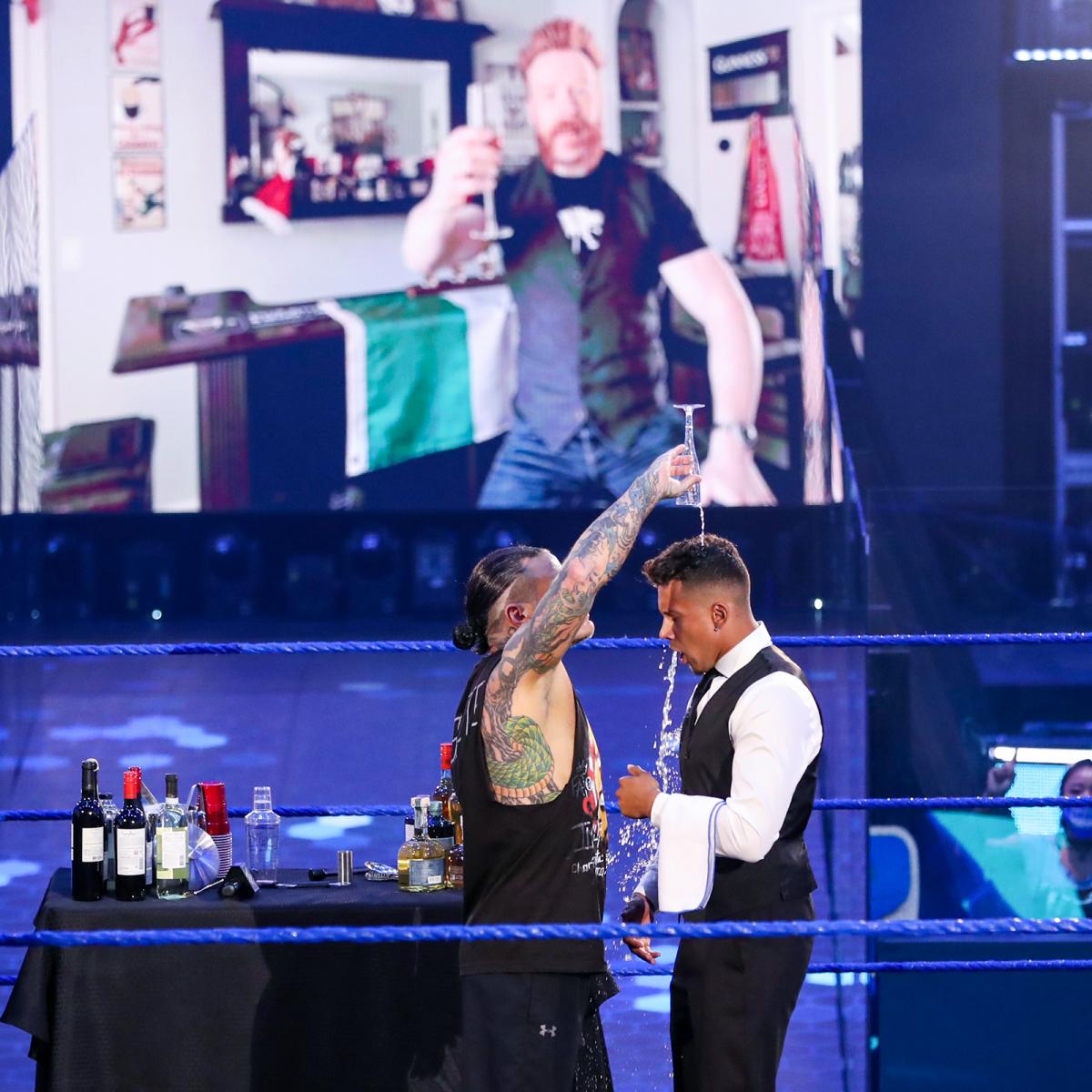 That poor bartender. Hit upside the head with a bottle, after being doused in champagne?

And then, a Swanton on top of it? 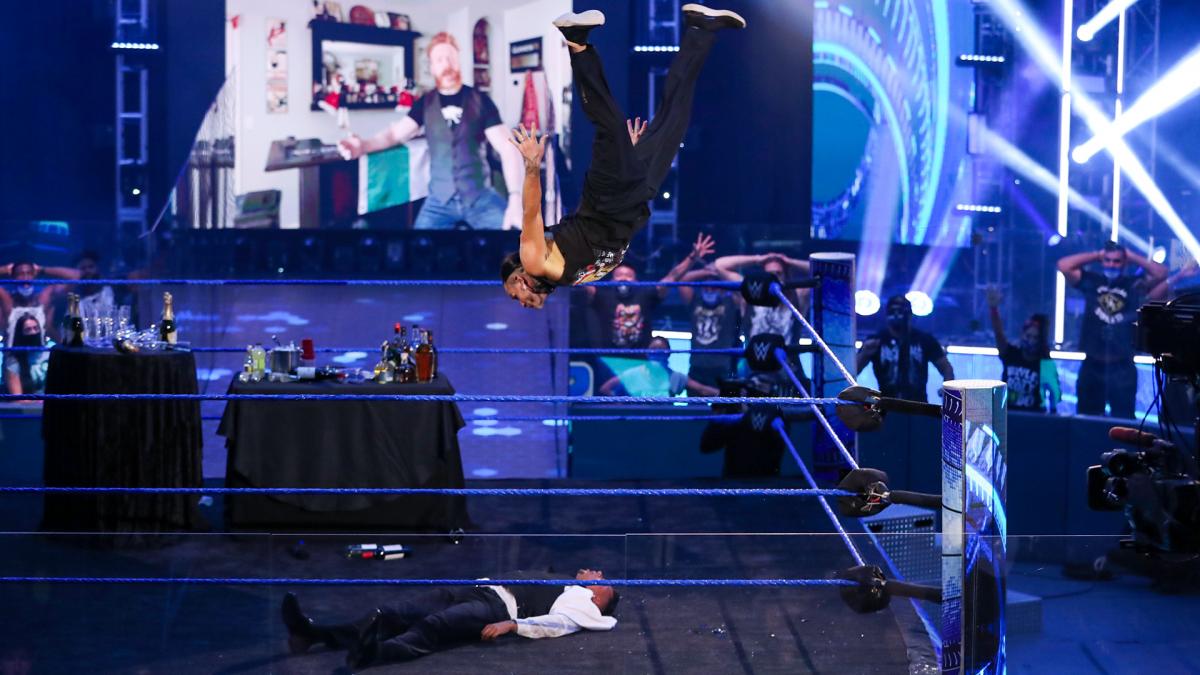 Rough night for the trainee.

I mean, we knew it was coming, but there’s at least a part of me that still is amazed that WWE is letting art imitate life.

Yes, Jeff has demons and he’s put them to rest for now. It is and will be a struggle. 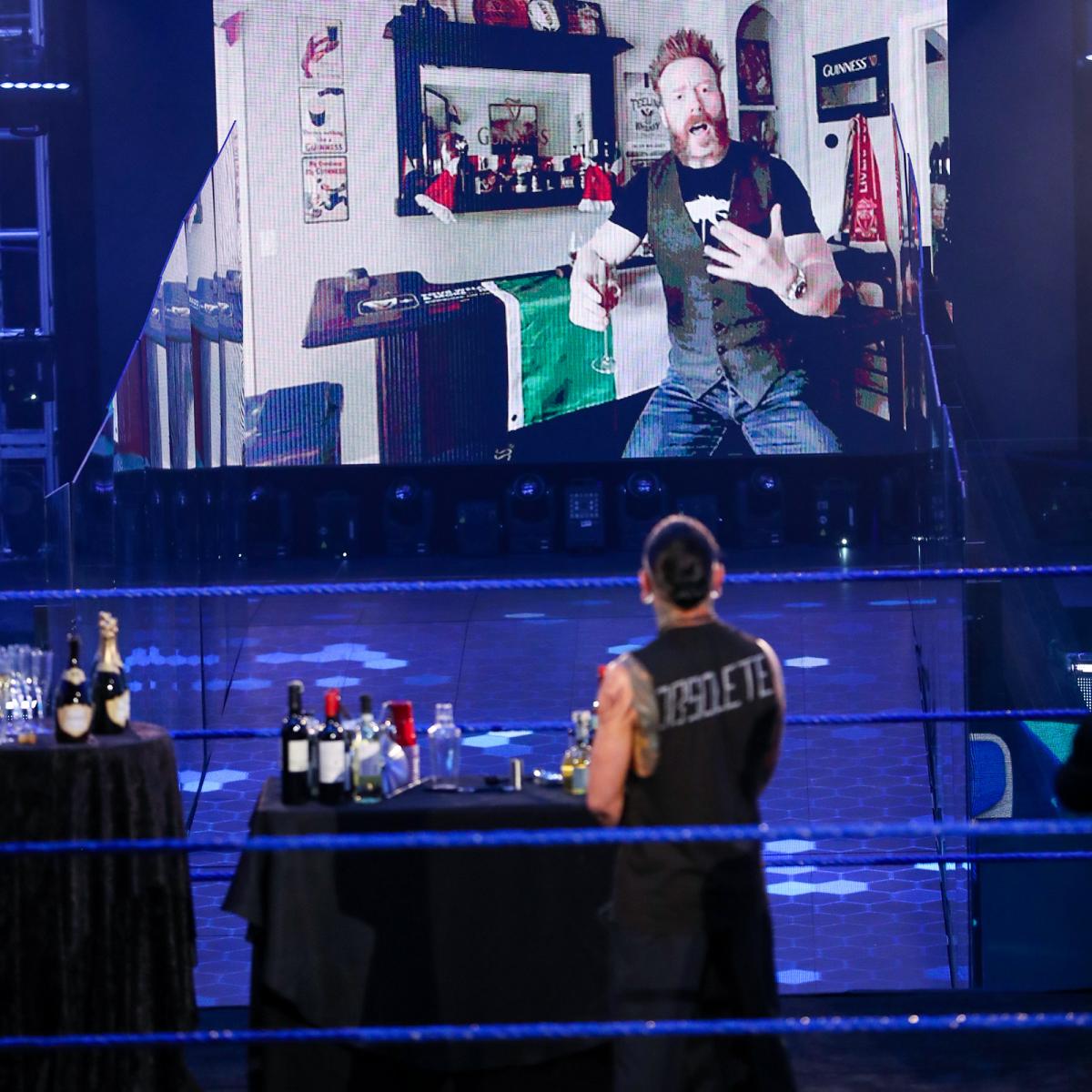 It’s a fine line they are walking with this program (I think). So hopefully all on board are willing participants and are being smart about it.

I have nothing to discuss here.

Now Sasha and Bayley are using The Undertaker as a prop? Not sure I like that, but I guess it is a way to drive things home for them…and they ARE heels, after all.

Honestly can’t complain about much. I think the Hardy/booze program does make some folks uncomfortable, and I understand that.

I might be in that boat too…but I keep telling myself that all involved know better than I do. Meaning, I trust that Jeff is heavily involved in what is being said and done, and has the support from all he needs it from to make it through this.

I think Riddle is showing off well in early exposure.

Gulak and Styles was well done. 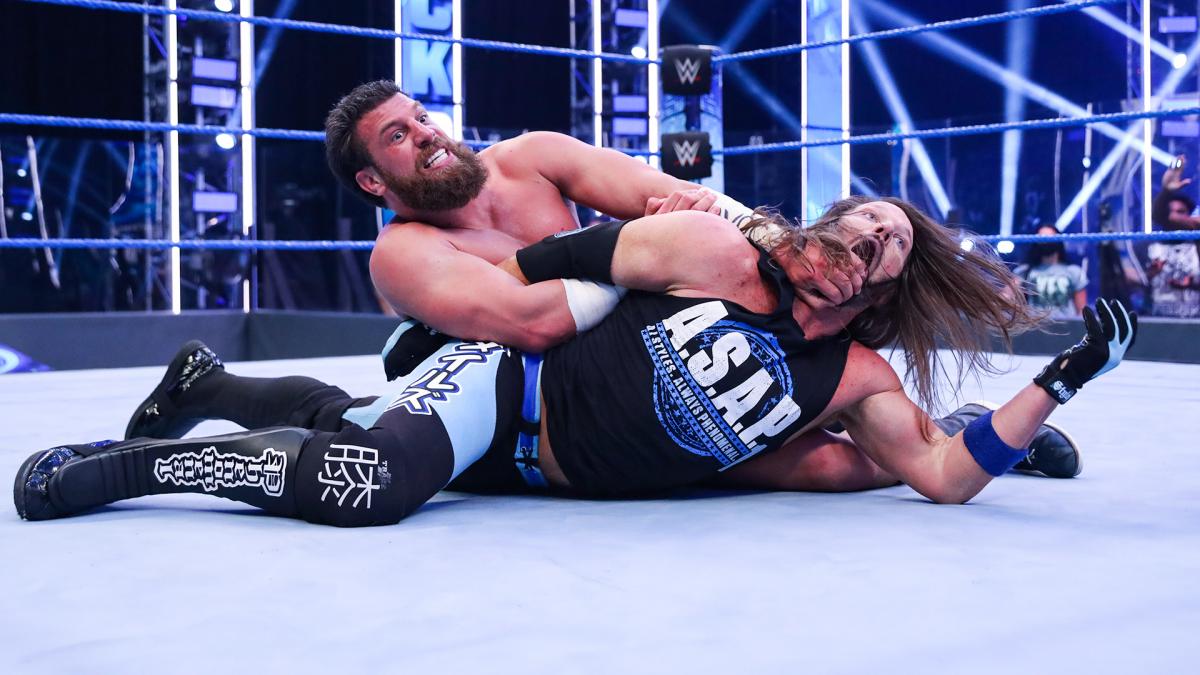 While the program may be a bit touchy, I think Jeff Hardy is still acquitting himself nicely. I think it’s subject matter that is clearly very near to him, so he can be passionate about it.

Absolutely love the Jeff hardy storyline. Sheamus is playing the disease and what alcoholics have to deal with on a daily basis People don’t like it because it’s not comfortable or easy to watch but I love the storyline. I am a recovering alcoholic and proud of it#SmackdownLive

If, at the end of the day, it spurs some fans to seek help for their own battles with addiction…then perhaps it’s worth it.

Not a bad show for our first SmackDown in July.

Man this first hour of #smackdownonfox has been amazing with 2 amazing matches! Love this especially when they are putting over young talents!!!#wwe#SmackdownLive #smackdownonfox

We didn’t quite get the raging fireworks for the Fourth that we might have liked, but we got a few really enjoyable matches, and that’s sufficient.